Judd Legum is the founder and editor in chief of ThinkProgress, a progressive news site which is also a project of the Center for American Progress, a public policy think tank. Despite its seeming Democratic bona fides, the site is editorially independent, critical of President Obama while praising Clarence Thomas as a “top legal mind” (though one of the site’s former editors, Igor Volsky, made headlines himself last year when he exposed Republican lawmakers’ donations to the NRA).

Legum founded the Washington, D.C.-based blog in 2005, two years after graduating from Georgetown law school, but left in 2007 to work as research director for Hillary Clinton’s first presidential campaign (ThinkProgress’ former president, John Podesta, serves as chairman of her current run for the White House). He then practiced law in Maryland for several years before returning to ThinkProgress in 2011, first as social media editor and then as the head honcho.

We spoke to Legum, who is married to Roshini Thayaparan, an attorney with the Federal Energy Regulatory Commission, on a fall-like Thursday evening, soon after he had satirically praised Clinton’s “body double” for her return to the campaign trail:

I get up at 6:45. I have a three year old, so the first thing I do is help him get ready for daycare. He plays while I get ready, and then I walk him to school. After I drop him off, I go to Peet’s for a large iced coffee.

On my 20 minute walk to work, I start looking at Twitter and Slack on my phone to get a sense if there’s anything we wanna get up on the site that morning. I also see what’s still drawing interest from the previous day’s content—yesterday we had an interview with the woman who accused Derrick Rose of gang rape that did very well.

I get in around 8. Then I talk with the other editors and see what the planned content scheduled for the morning is. This morning we reported on the Donald Trump Jr. interview in the Pittsburgh Tribune-Review where he explained why his father wasn’t releasing his tax returns (which was followed later in the day by coverage of Trump Jr’s remark about “warming up the gas chamber”). Other people are also sending me pieces to edit.

We do a lot of collaboration over Slack. But we also had an in-person meeting today at about 10:30 or 11 about expanding our women’s health coverage.

I almost never eat lunch at my desk—no “sad salads” for me. I go someplace nearby—like today I went to Potbelly for a sandwich.

In the afternoon, I again check what’s been posted and what’s down the pike—we have a room in Slack called “assignments” where I monitor that. And today I biked over to the BBC where they interviewed me about the election.

Running a nonprofit site, we have to keep an eye out for our mission and not just clicks. We want to try to add value, since that is what the site is about rather than making money for an owner or shareholders. We are editorially independent from Center For American Progress. Much of our budget is covered through advertising, but we also receive money through grants and some general support from CAP.

I’ll leave here at like 5:30 or 5:45, and I try not to do work until 7:30 when my son goes to bed, though I do check Twitter when he watches his half hour cartoon. Last night I was up until 11:30 working on the Derrick Rose interview story, but some nights I won’t do anything. 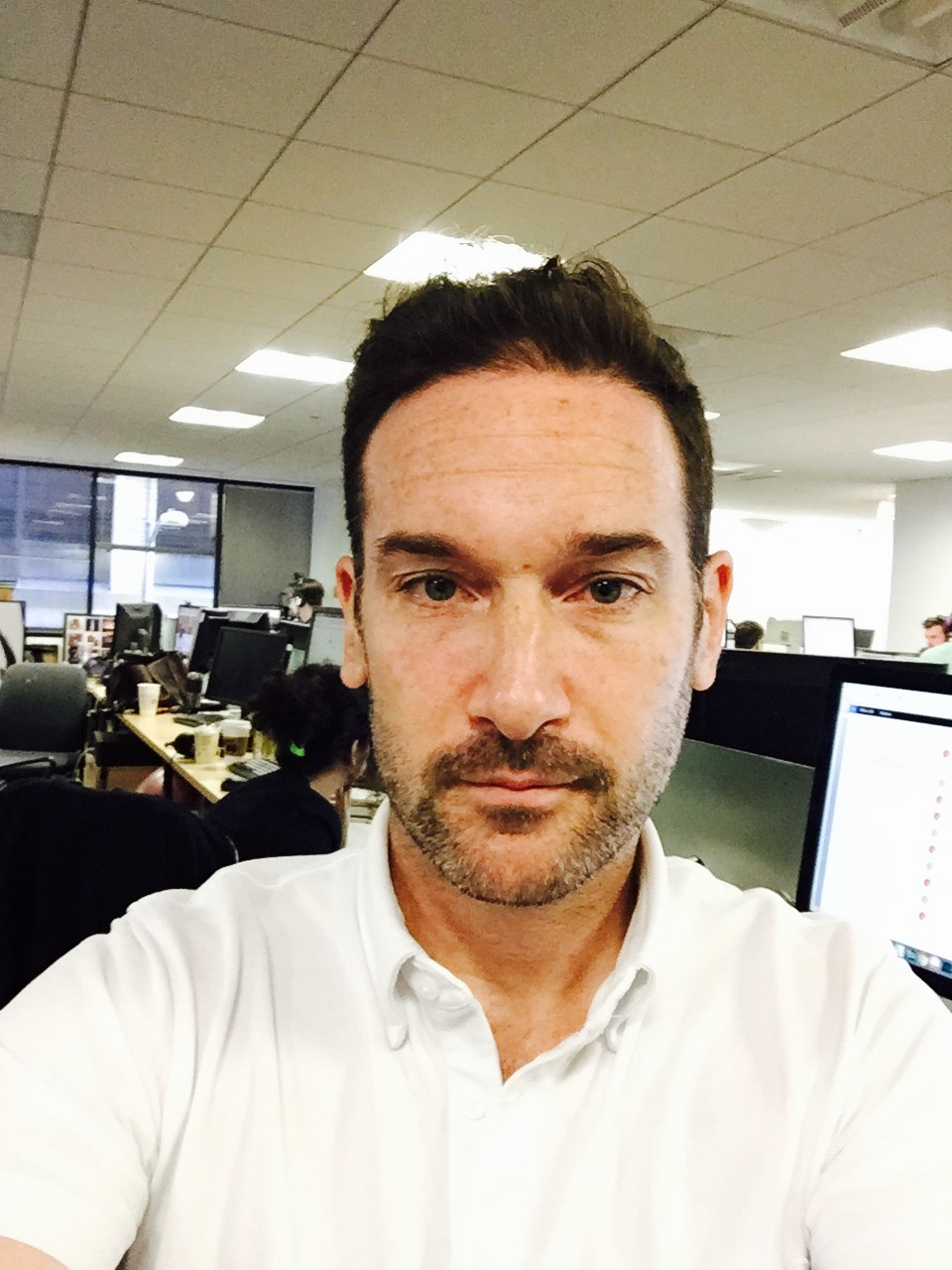