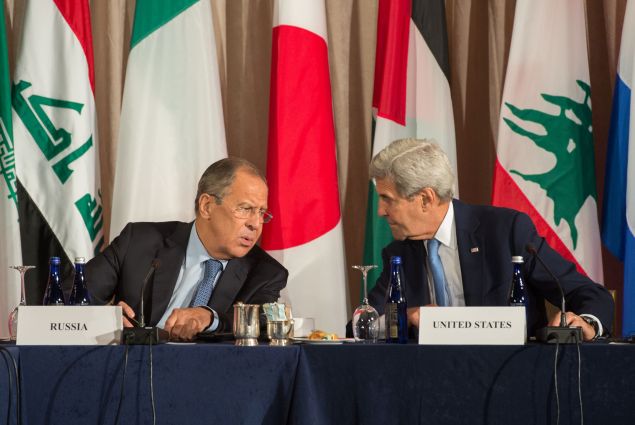 There is an old saying in poker: If you don’t know who the sucker is at the table, it’s you. Secretary of State John Kerry may be hoping for a Nobel Peace Prize for his unilateral capitulation to Iran, but he is guaranteed the sucker of the year prize for fleecing he took from Soviet Foreign Minister Sergei Lavrov over Syria.

Let’s review the table stakes: So far, more than 430,000 Syrians have been killed and millions more displaced. The fighting continues, the emigrant crisis continues, and Syrian President Bashar al-Assad remains in place.

In 2012 President Obama drew his red line on the use of chemical weapons in the conflict. Less than a year later, al-Assad’s troops struck a Damascus suburb with chemical weapons that killed 1,500 civilians including 400 children. Rather than make good on his promise, Obama dithered, hedged and passed the deal to Congress.

Russia boldly stepped in and said it would solve the problem: It would take and then destroy the entire Syrian stockpile, estimated to be 1,300 tons. Disturbingly, video footage continues to document that enough “stray” chemical weapons remain in al-Assad’s control to continue the carnage. Russia won the pot but passed a few chips to its ally under the table.

President Obama must send a new representative to the region to negotiate with Mr. Lavrov

As the killing continues and the refugee crisis grows worse, Russia has boldly put its cards on the table: It wants Bashar to remain in power and is sending Russian pilots to help him out. Oh, and by the way, the Iranians are helping, too.

Then, in a puzzling move that many in President Obama’s own Department of Defense publicly criticized, Kerry boasted that he had concluded a deal with Lavrov to establish a ceasefire.

“That should put an end to the barrel bombs, an end to the indiscriminate bombing of civilian neighborhoods,” Kerry said. And it would allow much-needed humanitarian aid to reach starving, injured civilians.

The ceasefire barely lasted a day, when a 31-truck convoy was attacked by Syrian—and probably Russian—planes. More than half were destroyed, and in a “double-tap” maneuver characteristic of both Syrian and Russian tactics, aid workers rushing to the rescue were also attacked.

President Obama’s reticence to get involved is well known. But he can no longer sit this one out. He must send a new representative to the region to negotiate with Lavrov—someone who knows enough about the game to not get suckered. 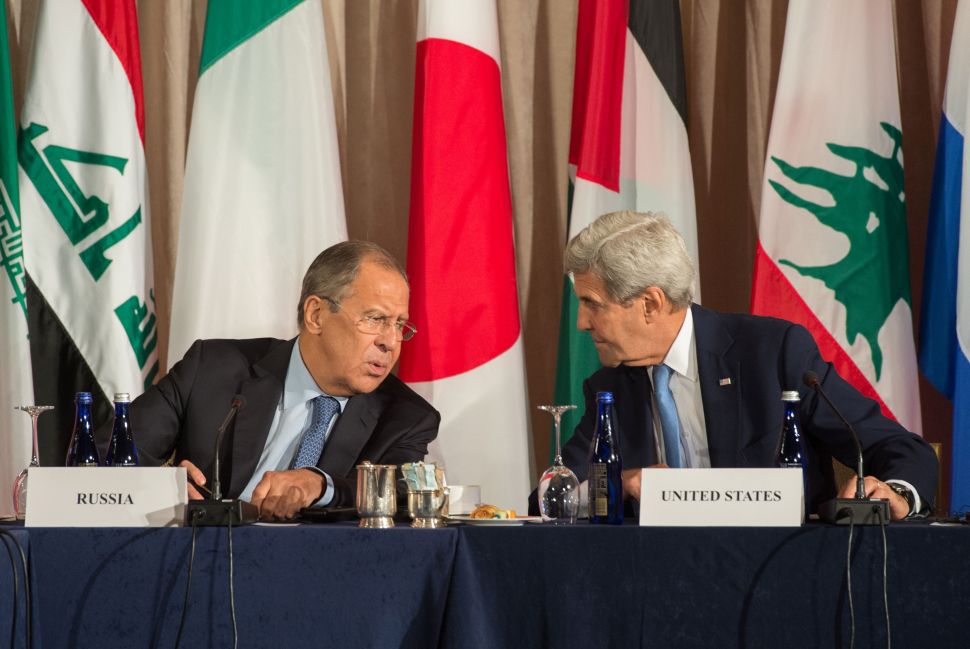