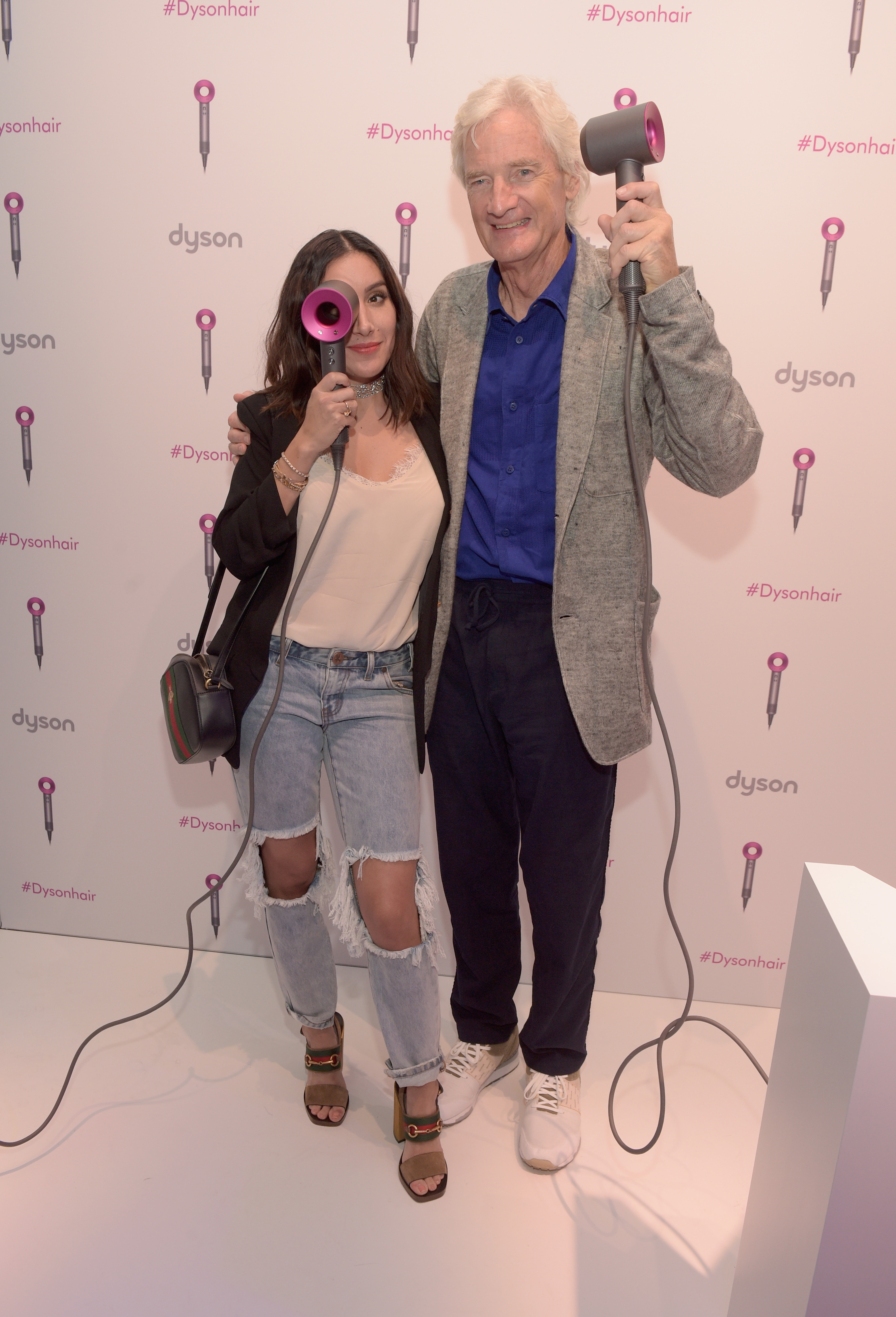 By the end of NYFW, journalists, influencers and B-list reality stars were exhausted–but they still managed to trek deep into Chelsea for an event honoring a blowdryer. Because this wasn’t just any old blowdryer…it was a newly announced Dyson invention that retails for $399 and promises to change hair drying forever. With its chic design and hefty price tag, the Dyson Supersonic has been lauded as creating a hair dryer revolution.

The laid-back Sir James Dyson spoke while a video played that demonstrated how, exactly, the Dyson dryer is different than your run-of-the-mill hair dryer–you know, the kind which usually retails for much less (anywhere from $12 for a drugstore buy to $300 for a sea foam offering from Harry Josh). “We bought just over 1,000 miles of human hair from various parts of the world,” Dyson said, walking the crowd through his discoveries, after testing heat on the hair. Their Supersonic motor goes 110,000 RPM, and the high speed makes it “small, powerful and very light,” he explained. The motor is in the handle, which is used as a silencer tube. 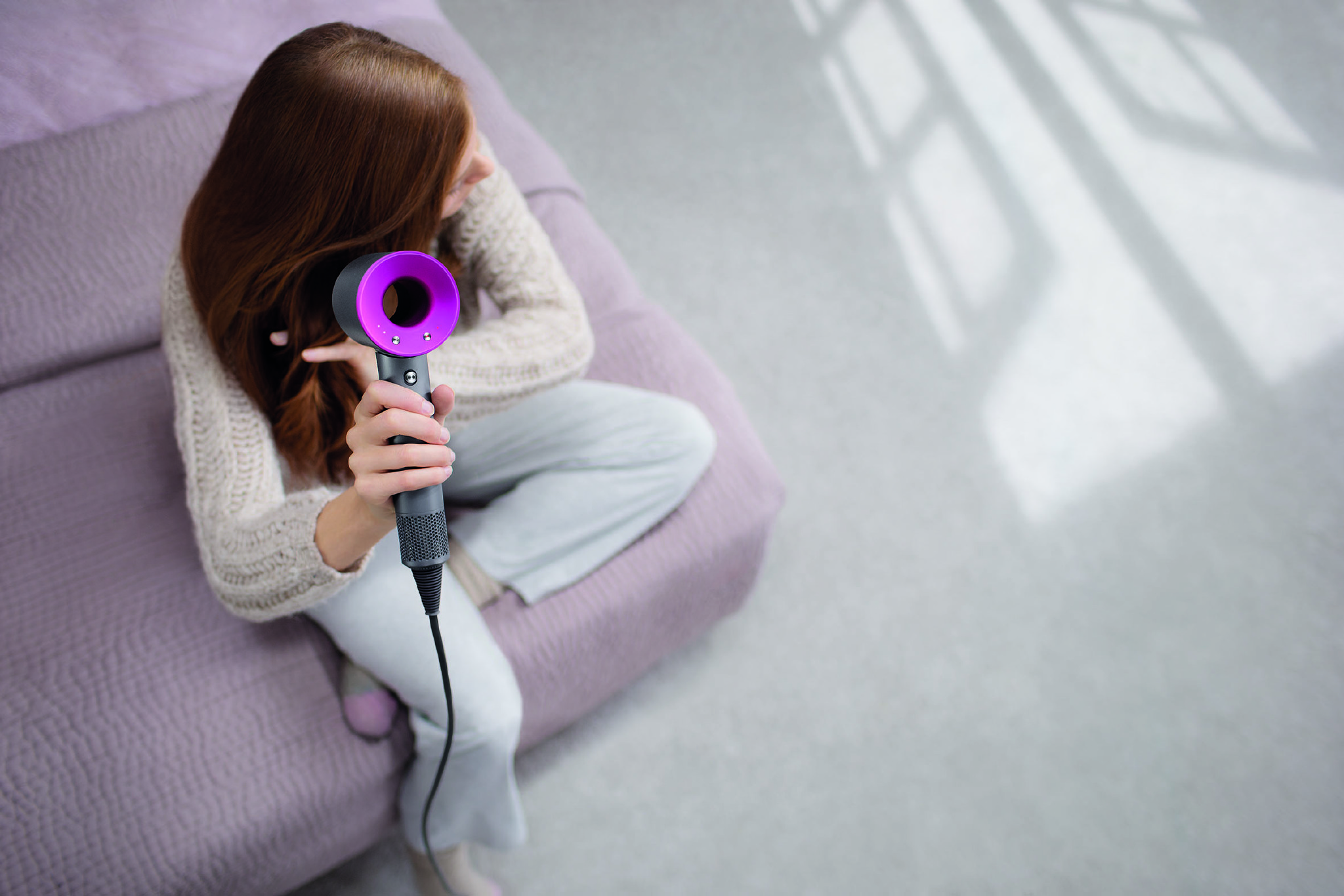 “I think we can all agree that the hair dryer needed to be reinvented, and what better of a company to do it than Dyson?” hair stylist to the stars Jen Atkin, whose own Instagram currently boasts 1.7 million followers, asked the audience during her appearance onstage. Atkin, who is consistently spotted on the Kardashian’s Instagram accounts and is close friends with Chrissy Teigen, created OUAI Haircare and collaborated with Chloe + Isabel on a hair accessories line. She’s a guru when it comes to tress-related products, which makes her support of Dyson powerful. “I am so lucky that I get to give Dyson a female stylist perspective on haircare, but I also got James on Snapchat,” she joked to the audience. Atkin described the Dyson Supersonic as a “game changer” for herself and her clients.

The Supersonic is certainly a game changer looks-wise, and that includes the all white packaging, which makes the experience reminiscent of opening an Apple product. The dryer itself has a hot pink and silver design, and it’s chic enough to leave lying around the house. The three attachments are magnetic, and quickly snap on. You no longer have to worry about the nozzle falling off and getting destroyed somewhere in your apartment–Dyson showed a video of the test runs the dryer goes through, and it’s basically indestructible. The attachments consist of a smoothing nozzle, styling concentrator and diffuser. While I didn’t find any differences between the nozzle and concentrator, the diffuser definitely does its job, without being enormous like other ones.

“You’ll be able to talk to your hairdresser and partner,” Dyson promised. Photo: Courtesy Dyson

The Supersonic promises to be quiet enough that someone can chat while using it, and true to its word, I was actually able to FaceTime while it was happening, drying my hair in under twenty minutes. The end results were far sleeker than usual, but that could be because Magic Sleek is still doing its job. I had to run my straightener through my hair this morning, but the whole process took less than thirty minutes to look like a professional blow-out, which is remarkable. In a world of lip kits and contouring, this might be the best Kardashian-adjacent approved beauty product yet.