Humans have speculated about the emergence of language and linguistic diversity since Antiquity. Perhaps the earliest reference to this question is in the book of Genesis in the Judeo-Christian Bible.

In this narrative, God spoke to Adam and gave him authority to name every being in the Garden of Eden. Adam and Eve could apparently also communicate with animals, as it was a snake that convinced Eve to eat the forbidden fruit. This makes us all the more curious about the nature of this unnamed, primordial language.

According to the same story, when humans attempted to build a tower tall enough to reach the heavens God destroyed it. His punishment was to make these people speak several, mutually unintelligible languages. He then scattered them all over the world, making it harder for them to collaborate.

For the longest time, this Tower of Babel myth was invoked to account for the multitude of languages around the world today and to speculate on the nature of the primordial language.

The evolution of understanding

Influenced by Christianity, Western philosophers up to the 18th century generally assumed that language was God-given. Only a handful of philosophers, Jean-Jacques Rousseau and Johann Gottfried Herder among them, stood out by anticipating Charles Darwin’s speculation in The Descent of Man that language was the invention of humankind.

Darwin argued that language evolution mirrors humankind’s biological evolution. Its development was incremental and protracted, evolving from simpler to more complex forms, with no design or foresight. His claim that human languages started from animal-like vocalisations – aka the “bow-wow theory” – was ridiculed as nonsense, especially by Frederick Max Müller.

Muller argued that what distinguishes humans from other animals is not so much speech but reason – the capacity to think and the faculty of abstraction.

This reaction reflects the heated polemics that marked the academic discourse about the evolution of language throughout the 19th century. The debate got so fierce that in 1866 the Société de Linguistique de Paris decided to ban the subject from its publications’ pages.

Most linguists appear to have respected this moratorium until the late 20th century, when breakthroughs in palaeontology made possible new levels of understanding.

These days, it appears that Charles Darwin has prevailed. It is generally accepted that modern languages are the outcome of a protracted evolution. Nonetheless, many of the old questions remain.

The fact that cultures evolve much faster than animal anatomies has complicated a straightforward evolutionary explanation.

Although they recombine differently in every offspring, they are almost always passed on unchanged. This almost perfect replication of genes accounts for the slowness of biological evolution.

With language and other cultural practices, there is no real transmission. Instead, humans learn how to behave and do things by inference – from observing others and copying. Of course replications are seldom perfect. Some unintended modifications occur and, in fact, deliberate innovations do too.

So, even when norms emerge, they are transitory. Just like other cultural practices – cooking, folk medicine, and vernacular music – languages are shaped and reshaped several times over by generations of their practitioners.

Every population developed their language in their own way, which accounts for humankind’s multitude of languages.

I have hypothesized that we can better understand the biological and cultural aspects of language evolution if we think of languages as technology: invented by humans to solve the challenge of explicit and high-fidelity communication.

Languages are comparable to other technologies humans have invented to survive more easily; including hooks for fishing, spears for hunting, and fire and pots for cooking.

An important difference is that languages are technologies which use our own anatomies. Spoken language was developed by co-opting the anatomical structures for both breathing and chewing to articulate various speech sounds.

Communication initially involved animal-like vocalisations, with gestures and postures. Such communication had serious limitations. It must have been impossible to communicate about the past and the future, to speak about non-traditional feelings, to express opinions, ask questions or give particular instructions to do things.

Expanding the vocalisations into inventories of phonetic sounds was an important mechanical milestone which was accomplished through naming entities, activities, and conditions.

The particular principles that different populations agreed to follow in how to combine sounds into words and words into phrases and sentences made up their grammars. This is the cultural aspect of language – assuming that culture consists of, roughly, the particular ways members of a population do things and behave, including their beliefs and how they interact with each other and their natural ecology.

This evolution proceeded over hundreds of thousands of years, or perhaps longer. The process of co-opting the human anatomy happened under the pressure of the expanding capacity of the hominine mind for thought and problem solving. And we may not even be at the end of the evolutionary line.

Spoken languages are not the only kind of languages invented by humankind. There are also signed languages, produced by the co-option of hands and facial expressions.

Experts have also speculated about whether the architecture of signed languages are fundamentally the same as those of spoken languages. This does not seem to be the case.

For instance, look at the sentence: “The snake slithered very fast in the grass”. It is produced in a very compact way in signed language, because “slither”, “very”, and “fast” are all incorporated in one signed word. This is because signed language is less linear than spoken language.

Because the hands are so much bigger than the tongue, teeth or lips, it would take more time and energy to express “The snake slithered very fast in the grass” in a linear fashion in sign language.

Spoken language also allows us to communicate in the dark or while we are using our hands to do other things. However, if you are near a predator or under , speaking is not smart behaviour. The fact that hominines have not evolved under these dangerous conditions most of the time must have influenced the preference of speech over signing.

Salikoko S. Mufwene is the The Frank J. McLoraine Distinguished Service Professor of Linguistics and the College, University of Chicago. This article was originally published on The Conversation. Read the original article. 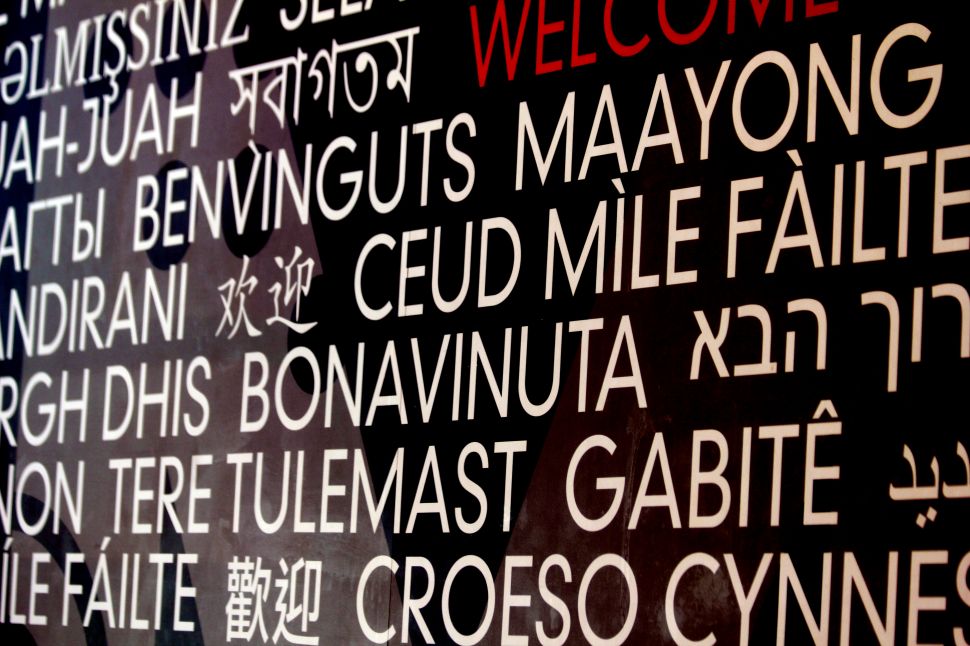