Iconic LES Lenin statue moved to new rooftop perch. Since 1994, an 18-foot-tall statue of Lenin has stood triumphantly on the roof of 250 Houston Street, also known as Red Square. However, it is rumored that the building has allegedly changed hands and been sold to Dermot Co., according to the New York Post. The statue has been moved across the street to 178 Norfolk Street.

Egypt bans unauthorized public art. The Egyptian government will no longer allow artworks to be displayed in public plazas without official approval, following public outcry over a statue in Sohag that allegedly portrayed a man sexually harassing a woman.

Not everyone is pleased with Thomas Heatherwick’s proposed beehive-shaped public art for Hudson Yards. “Vessel, is so ridiculously over-the-top and so breathtakingly ill-conceived that at first I thought it had to be a joke, or a set piece from a dystopian sci-fi film,” writes Artnews critic Andrew Russeth. I feel about the same, so it’s good to know I’m not alone on this.

50-foot-tall John Lennon poster rises in Central Park. A 2,500-square-foot paintings—that’s huge!—of the Beatles star by artist Eric Waugh will be displayed in honor of the International Day of Peace on Wednesday. 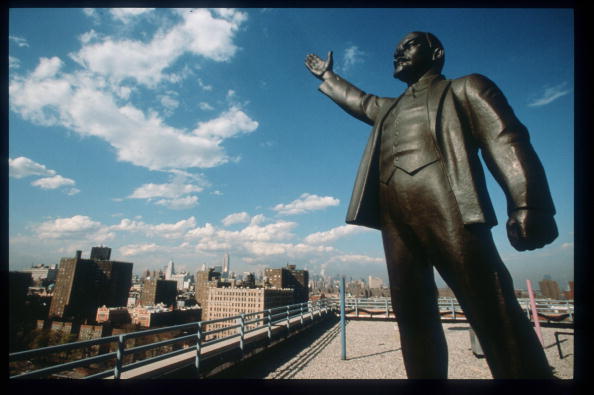