Things are not looking up lately for Big Ben, the clock tower that for centuries represented the British Empire’s power and history. In fact, it’s starting to increasingly resemble a different symbol—the Leaning Tower of Pisa.

A joint committee of members of Parliament and Lords has warned that, without at least six billion in funding rebuild Big Ben, the landmark will suffer a “catastrophic event.”

I do not claim to be an expert on engineering, but last year when I was leaving the  Press Gallery—where I am based, just under the Tower—the door fell off and smashed to pieces on the floor as I tried to open it. I was rather embarrassed about this incident, until the maintenance guys told me I was lucky it wasn’t holding up the walls! Along with their paymasters, the Sergeant at Arms (who runs the commons) and Black Rod (who runs the Lords), want Parliament to move out for six years.

How did things get so bad for this amazing historic building? The first thing to understand is that the building isn’t really all that historic to begin with. Charles Barry’s mock gothic masterpiece is designed to look 500 years old, but is actually only around 150 years old. Barry’s great idea was to hide all the guttering pipes inside the walls—so no one would see them. And, indeed, no one can see them… nor can they see the that’s leaking through the corroded iron, eating the building from the inside.

Most disastrous of all is that Barry did not bother to build a foundation under the Palace. Half the building used to be standing on the bank of the river Thames and the other half used to be on the sandy island in the Thames. Neither of these conditions would be approved for modern construction without massive ground stabilization work.

Shocking? Wait ’til you hear this: the Jubilee subway line extension dug a huge hole just feet from the base of the Big Ben!! The tower, of course, immediately began sinking into that hole—and every year it gets worse.

For some time there was talk of part of the building, but that would cost an estimated ten billion pounds. In reality, the British state is not short on impressive buildings in the area.

Today, the most popular idea is to relocate Parliament to large rooms in nearby historic government buildings, most probably the foreign office. The old County Hall building (now a Marriott Hotel) also has a fully functioning Parliament chamber.

Regardless of where Parliament goes, the Queen will need to avoid a Big Ben collapse. After all, school children are still singing about Queen Eleanor of Provence’s disastrous stewardship of London Bridge in around 1270. She took all the tolls from the bridge but did not keep it up to scratch… “London Bridge is falling down, my fair lady” sang the children of the capital whenever she rode past.

A cautionary tale if ever I heard one. 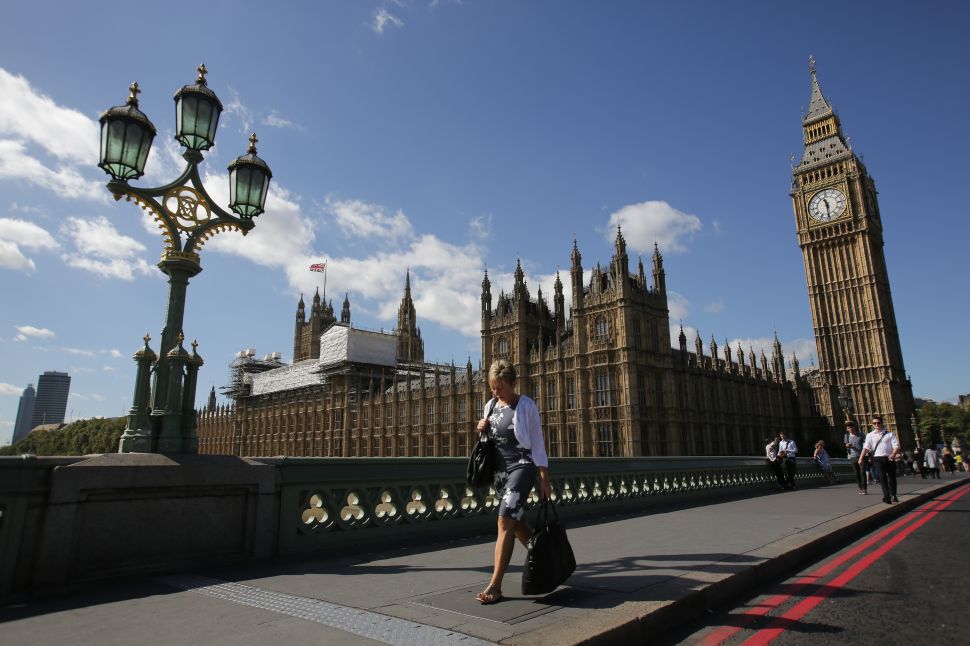