The glitz of the Metropolitan Opera’s opening night on Monday was confined to the audience, from the bouffant evening gowns of socialites to the star power of a galaxy of celebrities including Adrian Brody, Bianca Jagger and Placido Domingo. Meanwhile, what was happening on stage was very serious business indeed: a new production of Wagner’s hymn to romantic love Tristan und Isolde that was raw, compelling and ultimately heartbreaking.

This is the first time Tristan has served as opening night material since the 1937 season when the leads were Lauritz Melchior and Kirsten Flagstad, arguably the two greatest Wagner voices of all time. If the current cast lacked some of the godlike vocal glamour of these artists, they more than made up for it in sensitive musicality and dramatic grit.

Nina Stemme’s superb Isolde is no surprise after her revelatory Elektra last season, but the greater complexity of the Wagner heroine’s emotional journey revealed a vast and fascinating variety of vocal colors. The soprano’s gradual build, line by line and note by note, to the climax of her final “Liebestod” aria was shattering.

Even more impressive was tenor Stuart Skelton, who not only flaunted vocal power and stamina ideal for the marathon role of Tristan, but also threw himself with frightening power into Trelinski’s concept of the character as a loner haunted by a deadly secret in his past.

René Pape has essentially owned the role of Isolde’s husband King Marke at the Met since he first sang it here in 1999. His bass retains its velvety magnificence, but this time around he brought a sinister edge to the character that added a frisson to his long second act monologue.

Rivaling his vocal splendor were mezzo Ekaterina Gubanova and bass-baritone Evgeny Nikitin as the servants Brangäne and Kurwenal. They grippingly portrayed their characters’ terror and anguish without sacrificing richness of tone.

This was, in fact, the most beautiful sounding performance of this opera I can remember, thanks in large part to the flexible, transparent leadership of Sir Simon Rattle. His is “conservative” conducting in the best sense of the word: never “Rattle’s Tristan” but rather “Wagner’s Tristan.”

More to the point, it’s the Met’s Tristan, a production that finds the company operating at the top of its form. 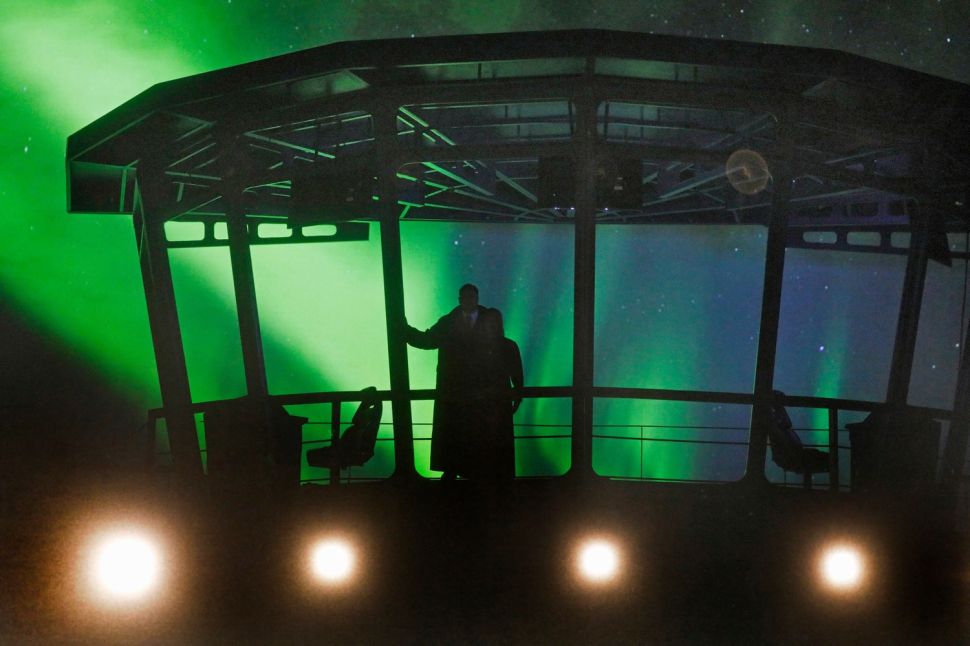