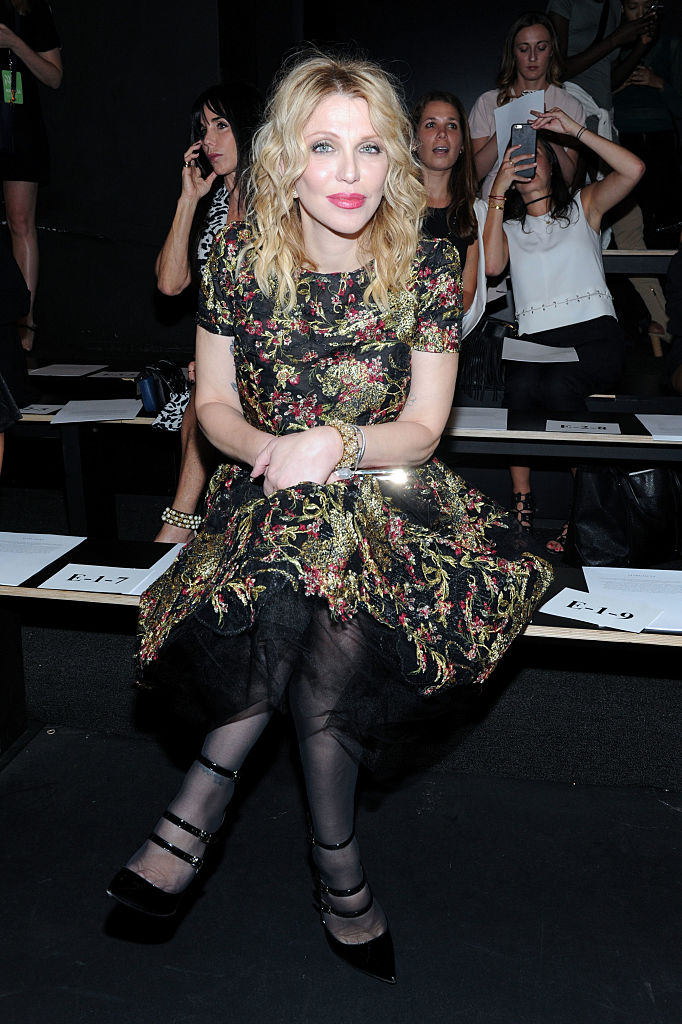 Courtney Love was one of the more unexpected guests.
Photo: Craig Barritt/Getty Images for FIJI Water 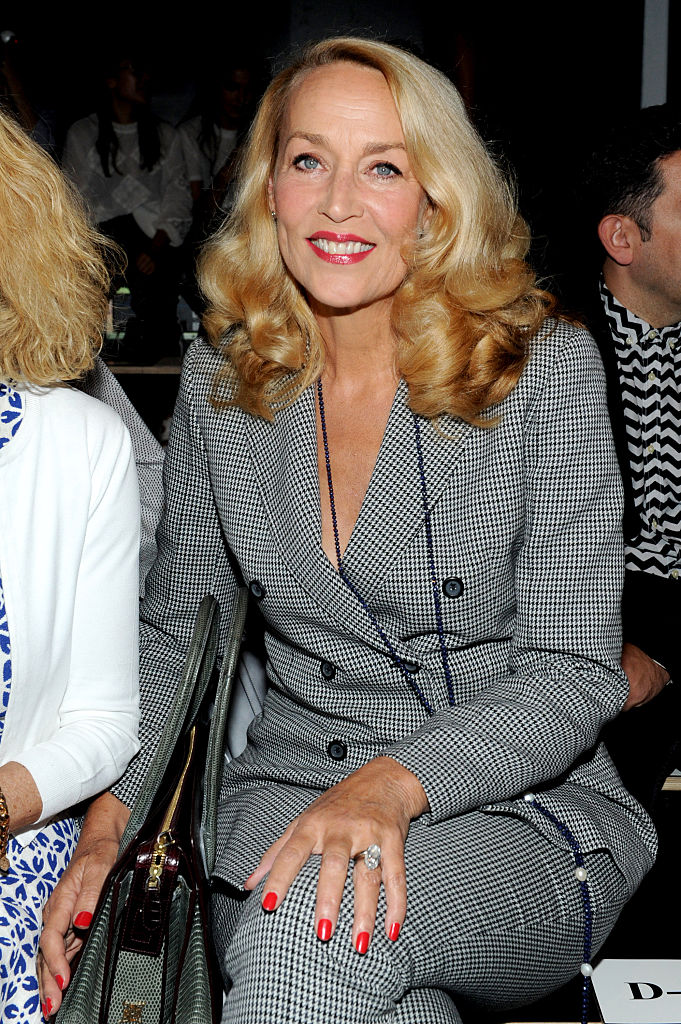 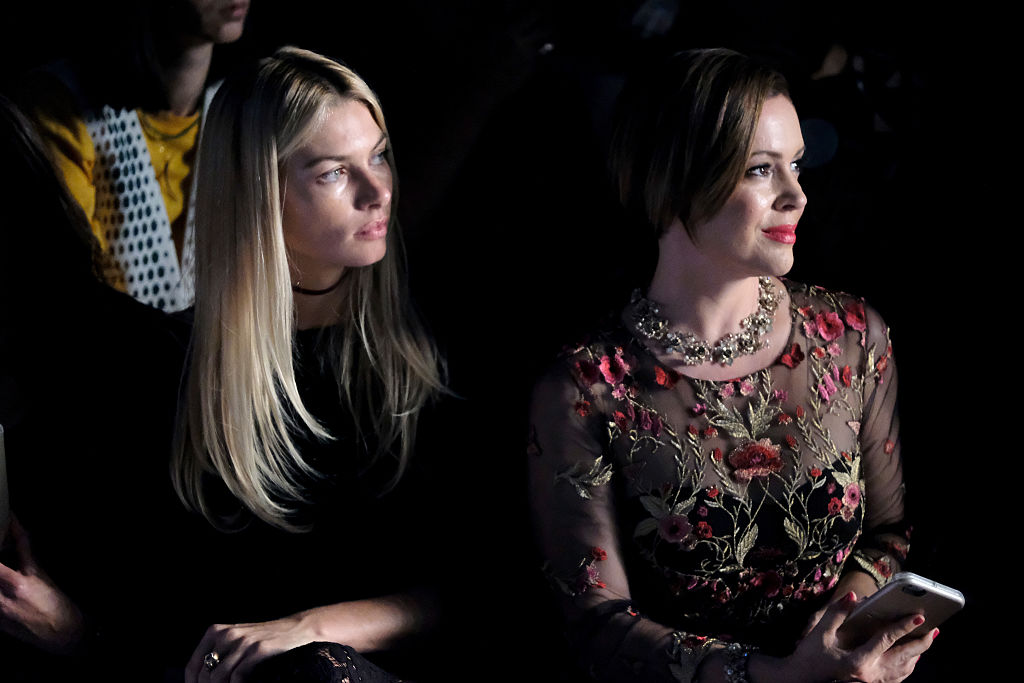 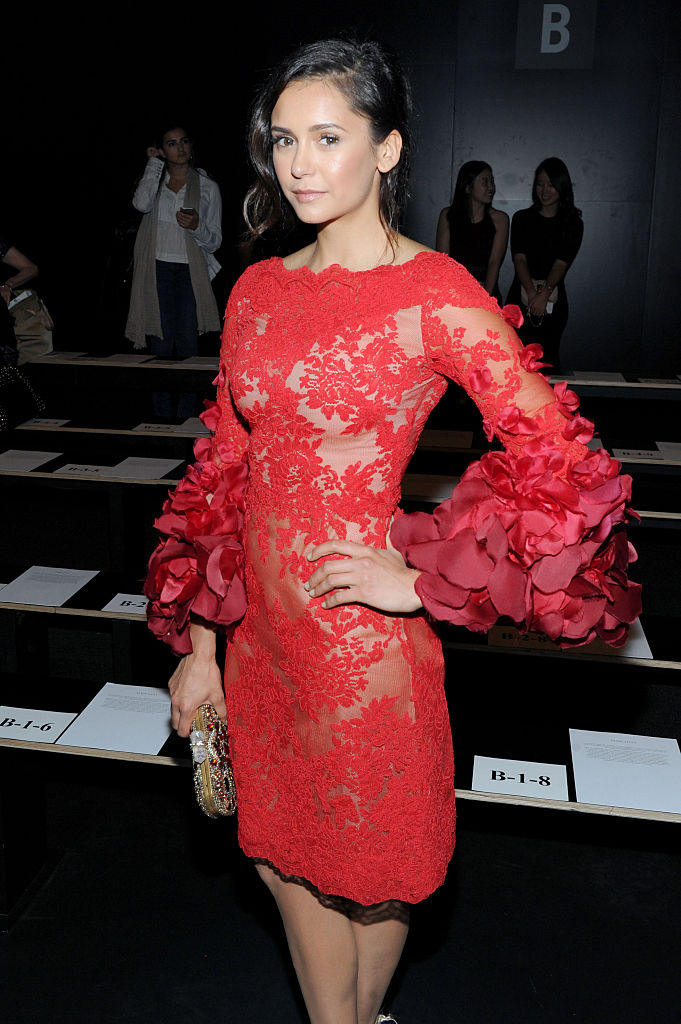 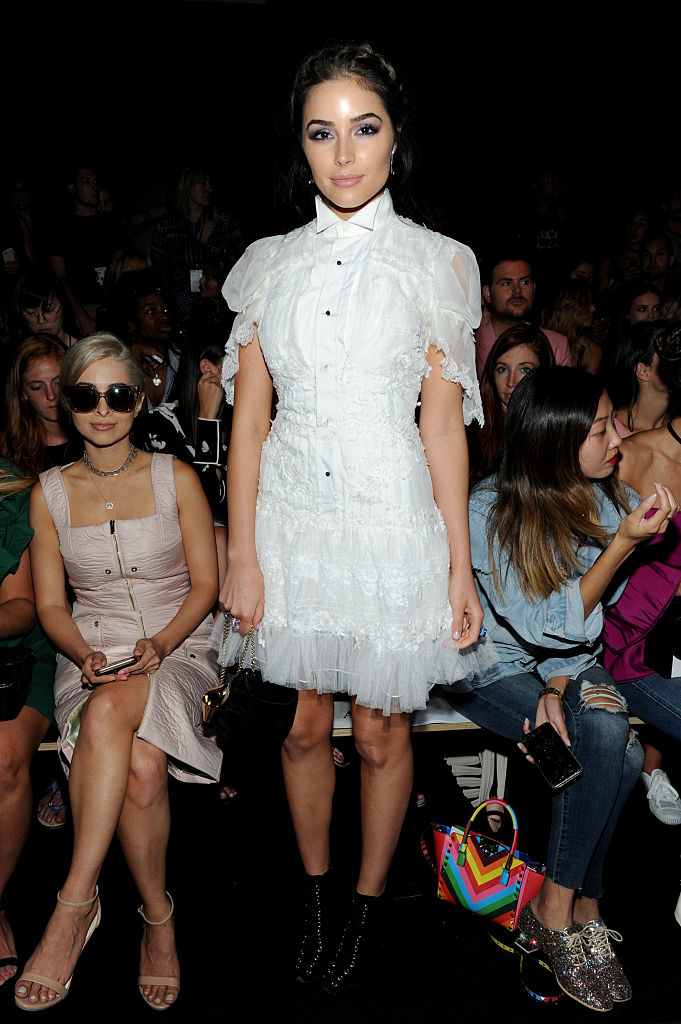 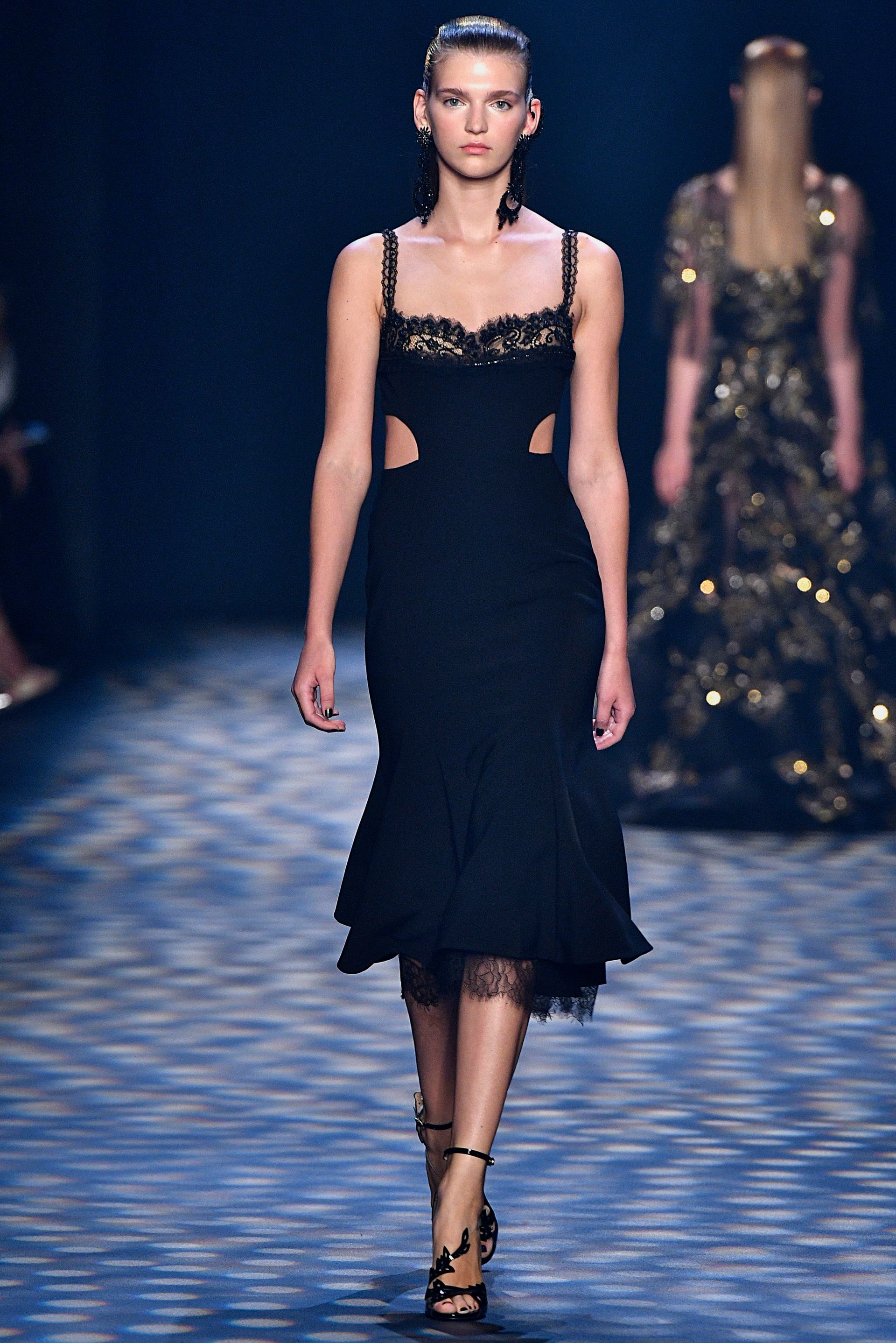 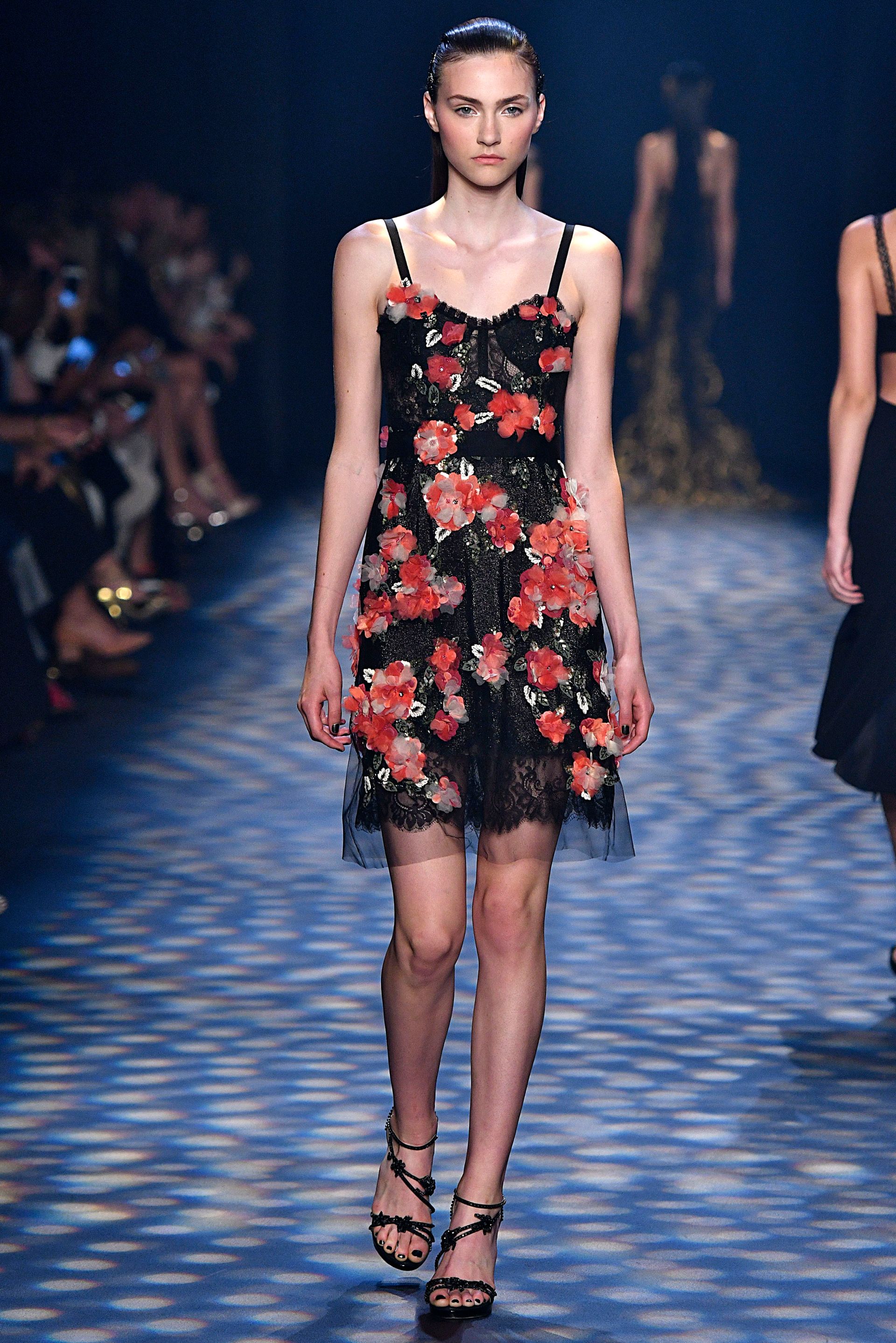 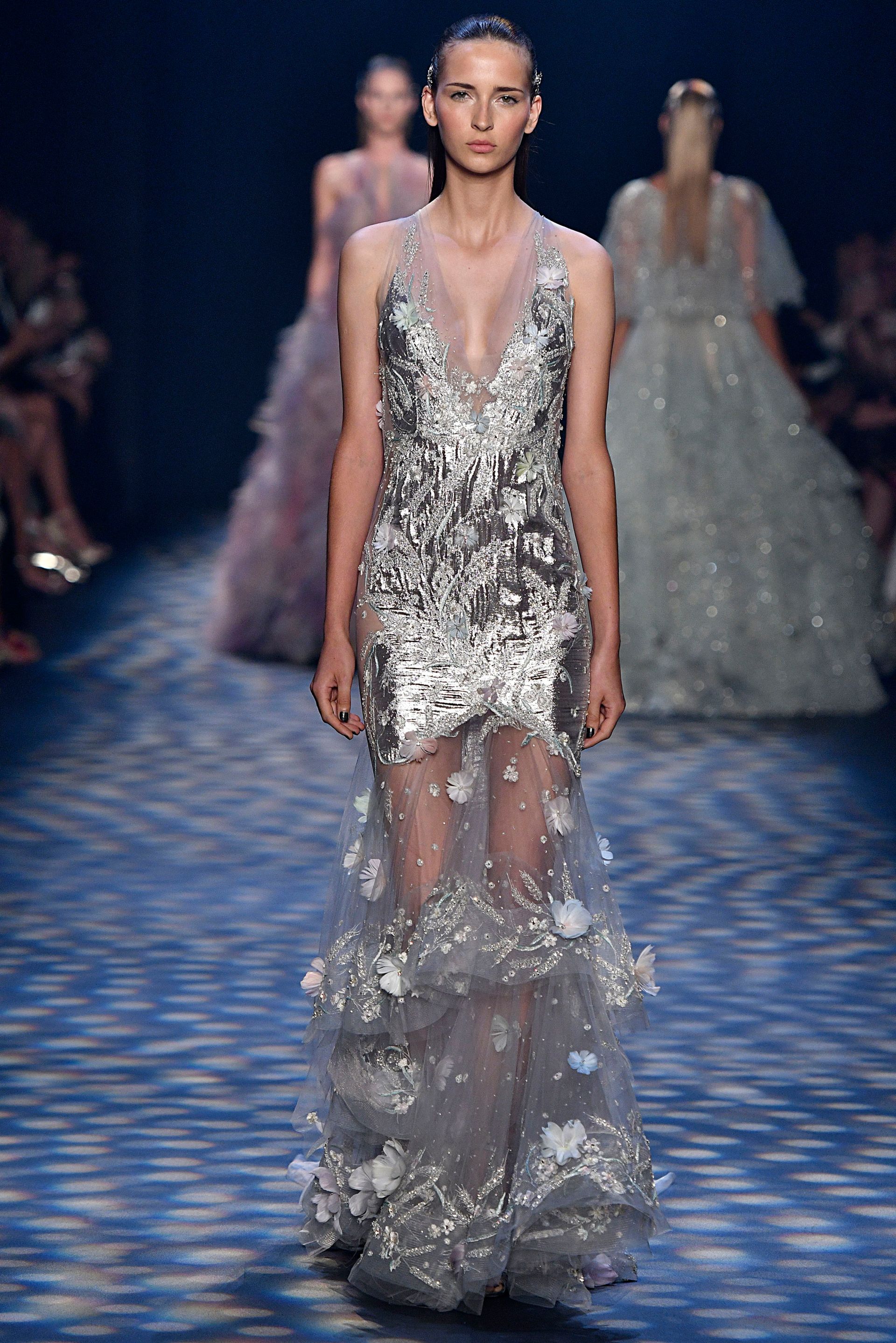 Heidi Klum, Rachel McAdams and Sandra Bullock have all been spotted in silver Marchesa.
Photo: FirstVIEW 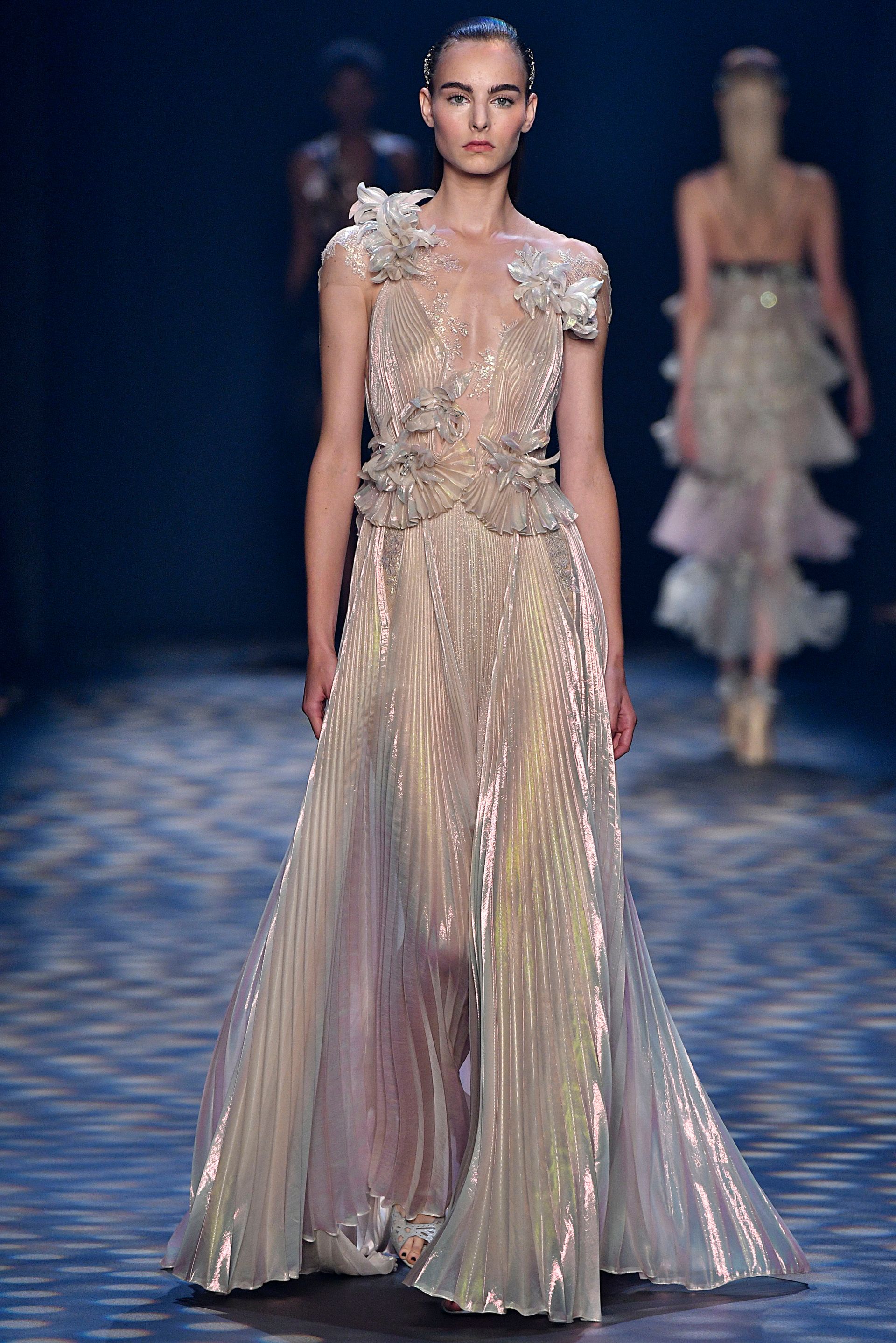 Blake Lively wore Marchesa to her wedding, so why not recreate it with this hot take?
Photo: FirstVIEW 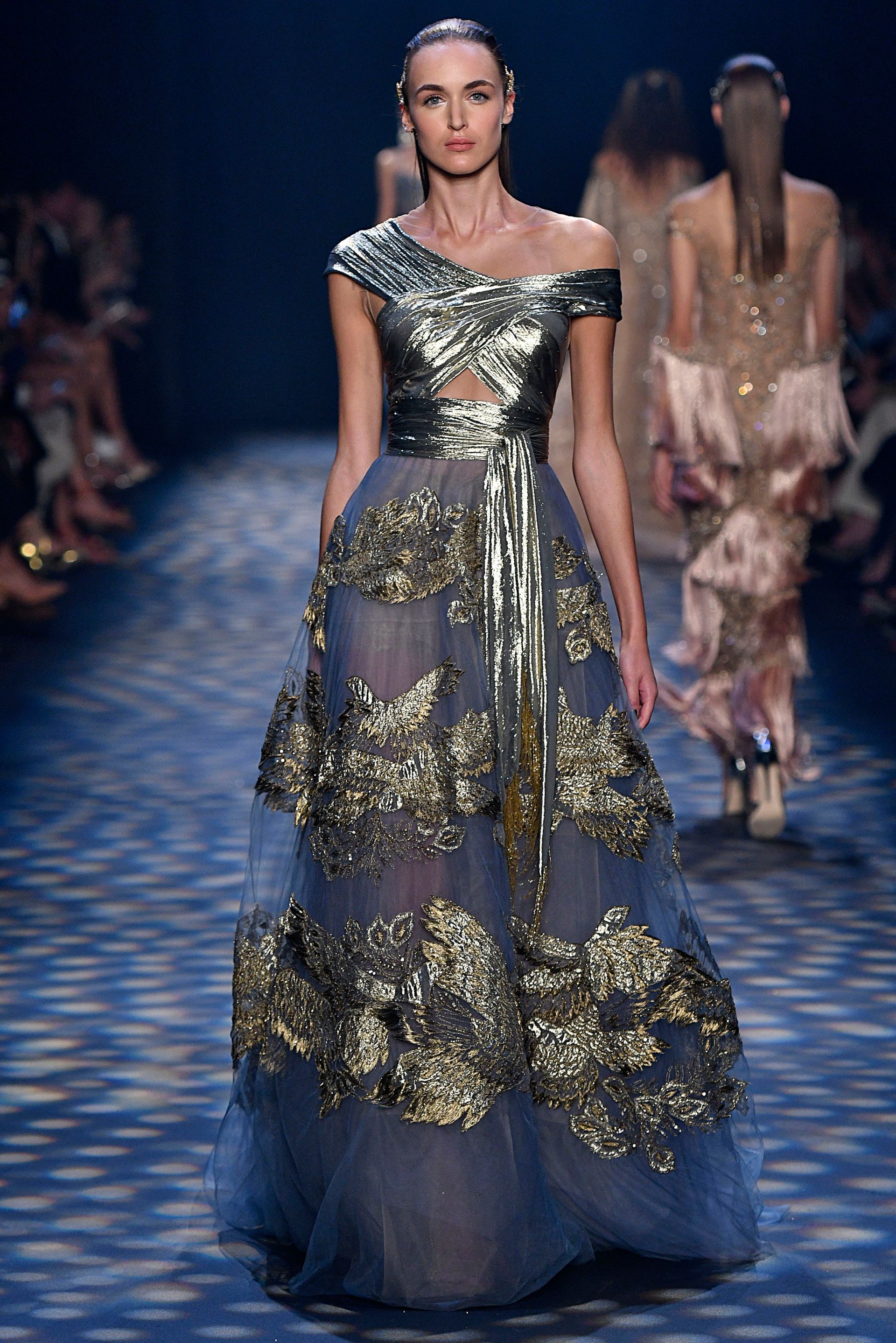 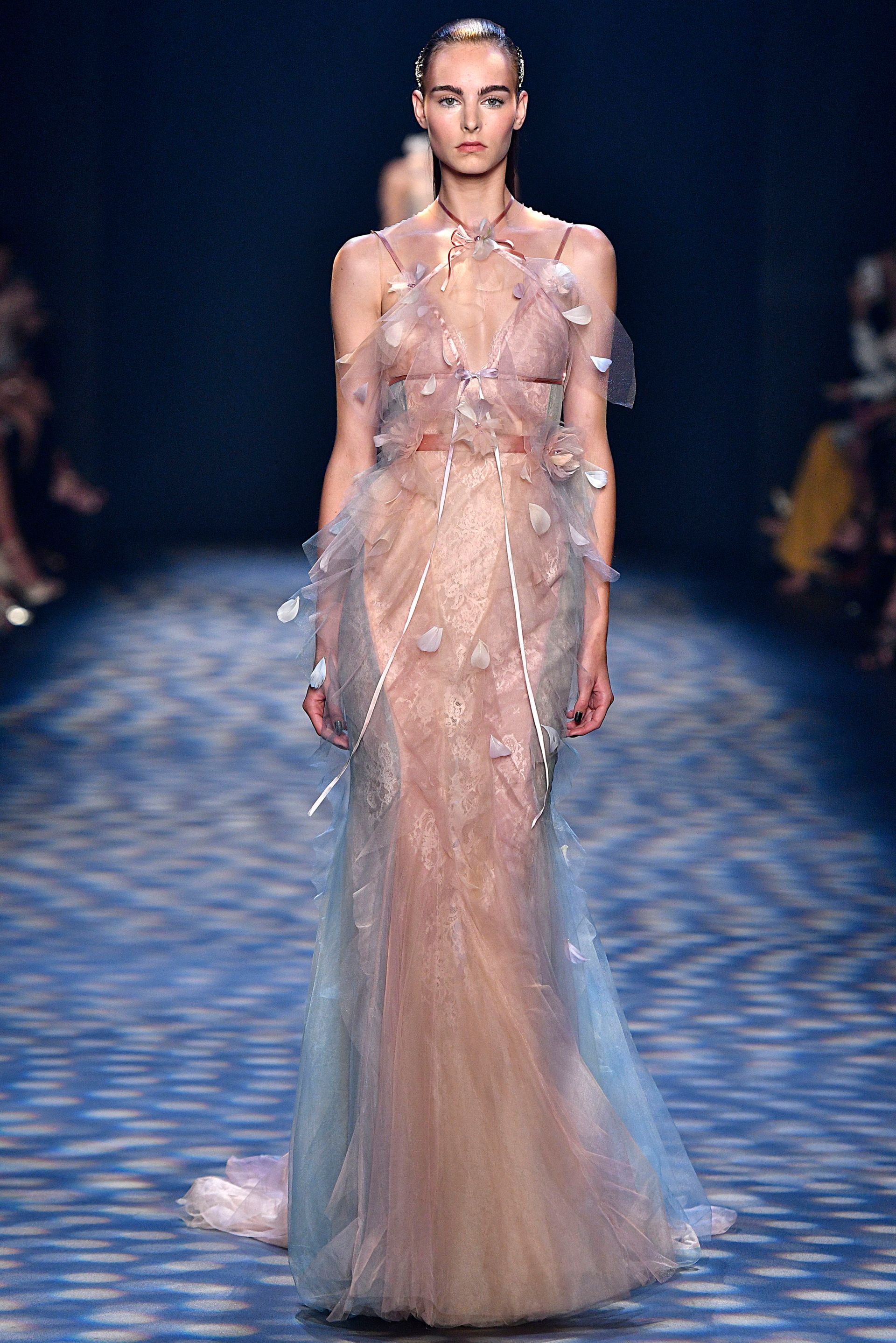 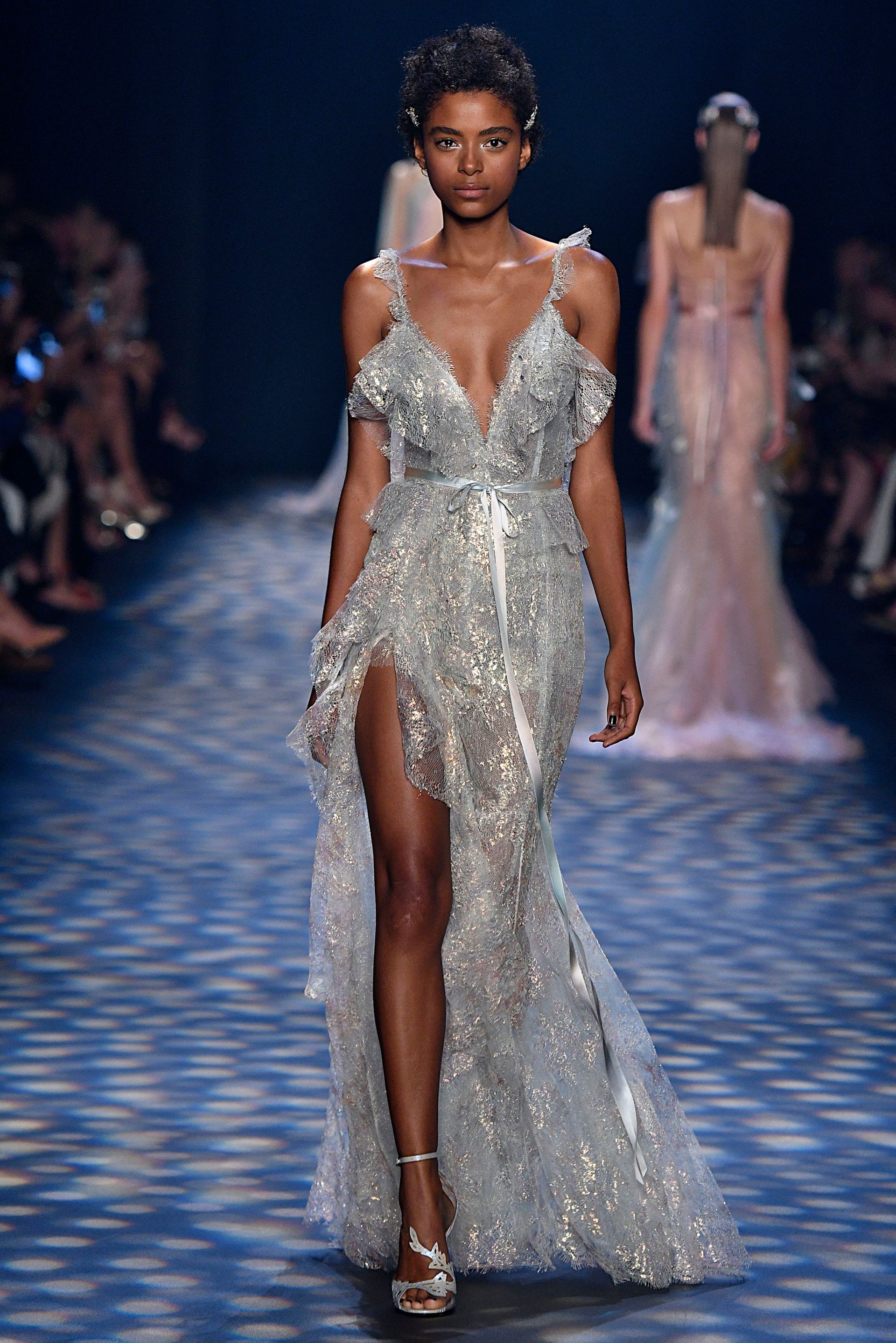 It might be time for Selena Gomez to wear Marchesa again.
Photo: FirstVIEW 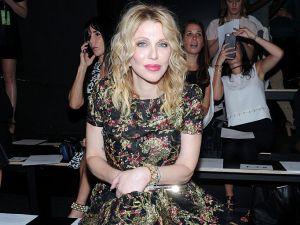 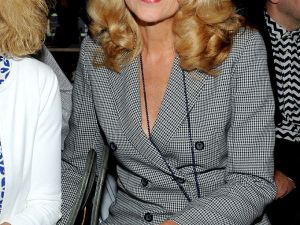 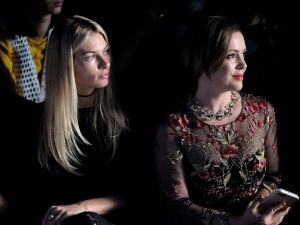 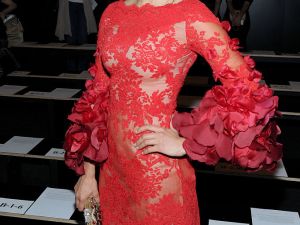 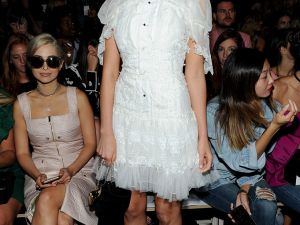 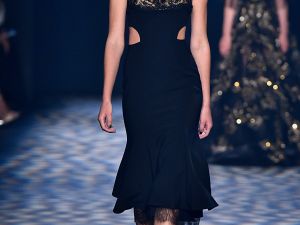 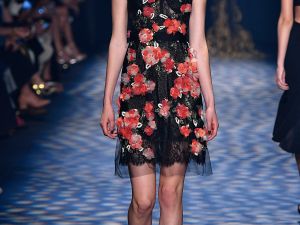 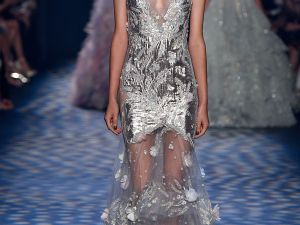 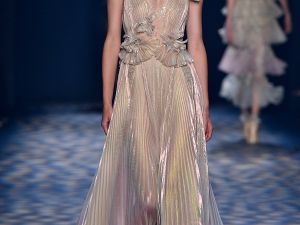 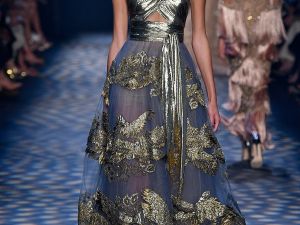 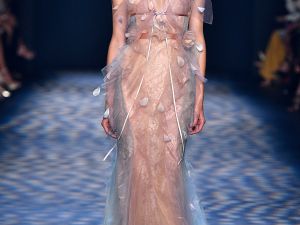 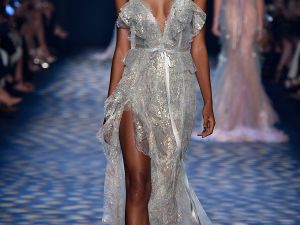 Marchesa’s NYFW show always acts as a preview of what’s going to be next on the red carpet. And with the Emmy Awards swiftly approaching, this sneak peek wasn’t any different, with glimmering golden gowns, intricate detailing and layers upon layers of tulle. While some of the dresses might be more fitting on a mother of the bride or an uptown girl at a gala, the majority of the frocks were made for the red carpet, or a live action Disney movie.

Despite the decidedly A-list wearers of the gowns, the front row wasn’t exactly crawling with movie stars. The most recognizable appearance was from a toned-down Courtney Love, who paired her detailed dress with black tights far too warm for the weather. Kardashian friend Jasmine Sanders (better known as Golden Barbie on Instagram) stood out with her bright curls. And Jerry Hall’s suit certainly made a mark on the otherwise ultra-femininely dressed audience.

Everyone sitting in the front row looked like they arrived directly from the set of a teen television show, with Nina Dobrev (formerly of The Vampire Diaries) fitting the CW star bill perfectly. Dobrev had perfect, doll-like skin and a casually disheveled up-do worthy of prom pictures, all coordinated with a red dress expertly channeling the dancing woman emoji. Also spotted were models Karolina Kurkova and Coco Rocha, an almost unrecognizable Alyssa Milano, former beauty queen Olivia Culpo and Homeland actress Nazanin Boniadi, wearing their own versions of daytime Marchesa.

The Spring 2017 collection was inspired by “sunrise to twilight,” or more specifically, “the moment the sun appears over the horizon to meet the iridescent morning dew to the deepest part of night.” With delicate floral embroidery on blush and blue fabrics, the gowns certainly did look like a fairy tale story. Unlike last season’s showing of mostly navy, black and gold, this was a pastel and metallic parade.

Some looks skewed a bit younger than usual, with hot pink and black designs channeling late ’90s Betsey Johnson, while other dresses wouldn’t be out of place on a Hadid or Jenner sister. Celebrities will choose their on-brand gowns for award season, but all of them would look right at home on a Disney princess. With Beauty and the Beast currently in production, someone should immediately contact Emma Watson, and give Belle a gown.