A little-known, yet sprawling Meatpacking District event space was reworked into a glow-in-the-dark wonderland last night to celebrate the 20th anniversary of powerhouse mainstay Jimmy Choo. The brand’s Creative Director, Sandra Choi, took center stage for the late night blowout, which was themed to pay homage to a 90s house party synonymous with Jimmy Choo’s founding decade. This came to life with neon tape structures by Jordan Seller, a pile of disco balls, and balloon installations by Robert Moy touting hilarious catch phrases like “I WANT CHOO” and “LOOK AT CHOO.”

The night also marked the arrival of the brand’s newest global fall/winter ad campaign starring all seven of the model hosts who joined Choi in partying. A powerful, and impossibly beautiful, crew of supermodels Amber Valletta, Sasha Pivovarova, Taylor Hill, Lexi Boling, Jasmine Tookes, and Xiao Wen Ju all came together to debut the video ads in which the crew raps to Leikeli47’s “Girl Gang” (watch the full video here).

While they did have impressive performance chops, they were instantly upstaged by the evening’s musical guest, Mary J. Blige. As she took the stage around 11 PM, interactive Xylobands sported by all of the guests lit up and pulsed to the beat of the music. Along with the aforementioned bombshells, Diane Kruger, Olivia Culpo, Chanel Iman, and Sean O’Pry were all spotted sining and dancing their hearts out for the legendary Ms. Blige. 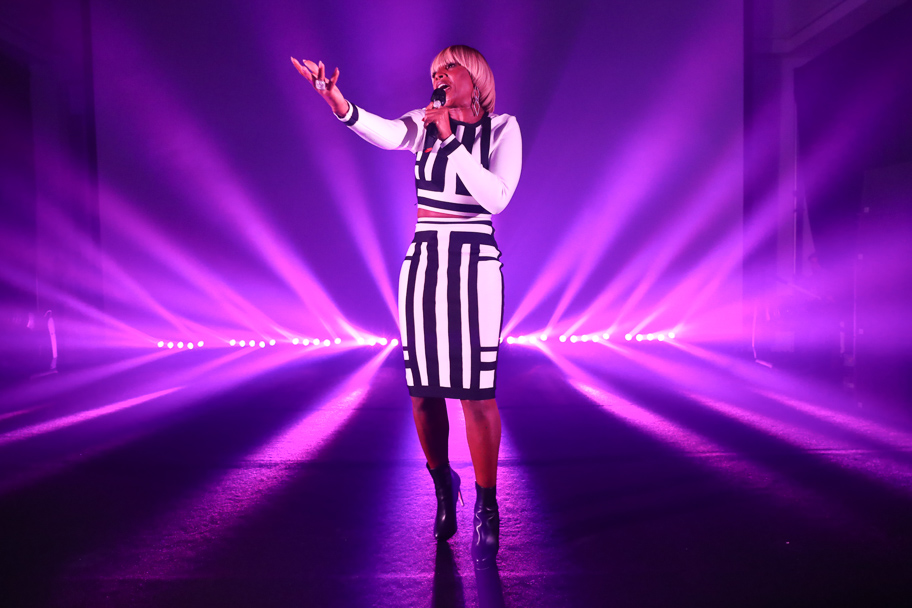