That being said, I would at least like the media to treat candidates equally. I remember waaaay back in ancient times, in the pre-Snapchat days of 2008, when McCain’s health was a big issue for Democrats. Articles and pundits abounded with suggestions that McCain was so old (72 at the time) he wouldn’t survive his first term as president. McCain is still alive (now 80) and still serving in the senate. In fact, he just won his primary.

First off, all those suggestions were pretty ageist. Second, McCain released more than 1,000 pages of medical information to assuage such fears. Those documents were seized on by a media looking to prove he was knocking on death’s door.

McCain had waited to release the documents, which led some—including feminist extremist Amanda Marcotte—to suggest the presidential candidate was hiding “dementia” in his records. Chris Cillizza of The Washington Post also wrote an article at the time titled: “McCain’s Health: What It Means.”

Now fast forward to 2016, and anyone who brings up Clinton’s age or health (she suffered a concussion and had a stomach ailment several years ago, she also has non-deadly hypothyroidism) is dismissed as a crank and a conspiracy theorist. Cillizza even wrote an article titled: “Can we just stop talking about Hillary Clinton’s health now?”

What a difference eight years makes. Cillizza, helpfully, wrote a follow-up article to address why he wrote one thing in 2008 and another in 2016. In it, he explains that McCain had real health concerns (cancer and age) while Clinton does not (concussion and slightly lesser age). I get the “Cancer ≠ concussion” argument, but we’re talking about melanoma, which, even as the most dangerous form of skin cancer, is still one of the most curable forms of all cancer. It’s not lung cancer, it’s not pancreatic cancer, it’s not liver cancer. It’s still scary, don’t get me wrong, and it certainly could be fatal, but it’s usually not a “you have X months to live” situation.

Cillizza insists he would have written about John Kerry’s health (he also had cancer) in 2004 had he been blogging back then. I believe him; he’s usually good about these things. It has also been pointed out that Cillizza wrote an article in 2012 about what then-GOP presidential candidate Michele Bachmann’s migraines meant for her campaign. I guess those were important enough to write about as well.

There’s still the matter of others who are dismissing concerns about Clinton’s health. But let’s set her aside. Another candidate who hasn’t shown any serious health problems (no concussions, no cancer that we know of) is Donald Trump. Yet armchair doctors and psychologists who either haven’t met him or only met him briefly have felt free to analyze his “mental-health problems.” Articles about his alleged mental health are all over lefty websites, yet no one says “boo.” Clinton herself has indicated he should be checked out by psychiatrists.

It all harkens back to 1964 and an obscure magazine known as “Fact,” which surveyed more than 12,000 psychiatrists and found 1,189 of them who would agree that then presidential candidate Barry Goldwater was not “psychologically fit to serve as president of the United States.” Goldwater sued the magazine and won, causing “Fact” to collapse.

It also spawned the “Goldwater Rule” from the American Psychiatric Association, which stated that it was “unethical for a psychiatrist to offer a professional opinion unless he or she has conducted an examination and has been granted proper authorization for such a statement.”

Yet hear we are. When former New York City Mayor Rudy Giuliani brought up Clinton’s alleged illnesses (bad on you, Rudy) the media erupted with articles claiming he had lost his mind. So it appears okay to question the mental health of Republicans, but not Democrats.

There is some validity in questioning a candidate’s health. We need our presidents to be of sound mind and body while in office. We don’t want a repeat of William Henry Harrison.

Looking at photos of a candidate and trying to determine that they’re falling in this one or having a stroke in this video or attributing comments one disagrees with on mental health problems or basing health problem “concerns” merely on age is wrong across the board. But if the media and pundits could at least treat the candidates the same, that would be great. 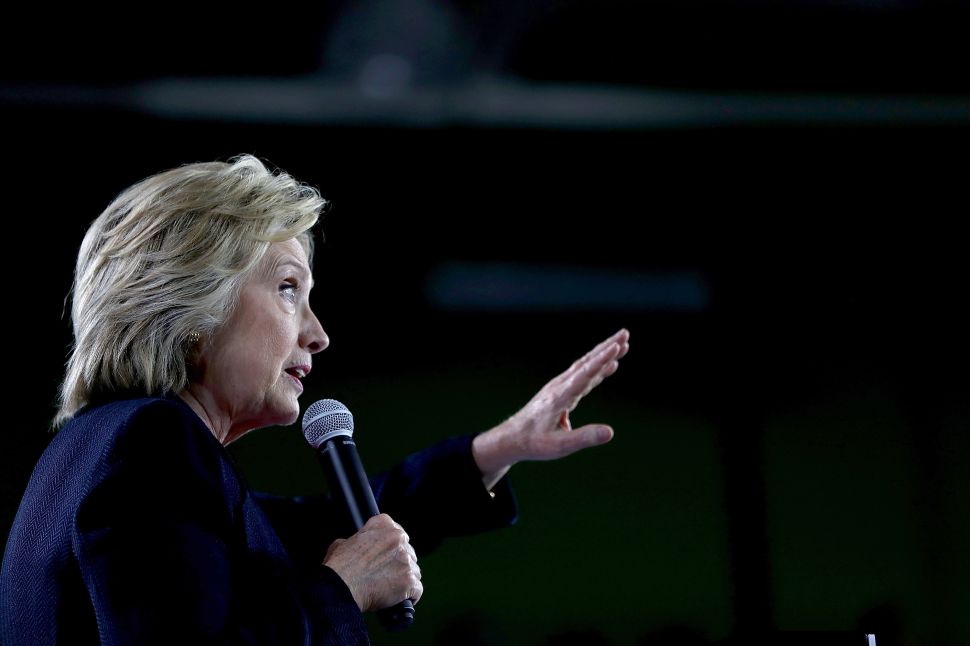