I was tickled to discover that while I thought I knew the story behind the man who is currently, likely the world’s most powerful art dealer, Larry Gagosian still maintains an “About Me” page on his gallery’s website. Hi Larry! Nice to meet you!

For those who haven’t been properly introduced, Gogo (as he is affectionately known among the art crowd) is the man to thank for spawning the “mega dealer” phenomenon. His gallery currently has 16 exhibition spaces across the world and he’s done business with art stars such as Richard Prince, Cy Twombly and Damien Hirst, to name a few. But apparently, his impressive track record in the art biz is not the only thing he wants fans and prospective clients to know about him. Let’s take a moment to get to know him a little better.

He’s well-read
In the first sentence of his bio page, Gogo reveals that he graduated from UCLA in 1969 with a degree in English literature. Who would have thought a man more interested in Shakespeare, Dickens and Keats would end up shaping the refined tastes of today’s art collectors? He didn’t even crack an art history book as an undergraduate, according to a recent profile in the Wall Street Journal. Considering that this fact is front and center of Gogo’s biography, it must mean a lot to him. And his success also sets an encouraging example for English majors everywhere.

He’s a real estate guru
Gogo is an L.A. boy, and he set up shop in the City of Angels before he conquered New York. Considering the art world’s current trend of investing in West Coast real estate, Gogo was decades ahead of the game. Then, when he finally headed east in 1985, he opened his first New York City gallery in Chelsea, when the neighborhood was considered far from chic. When I finally have enough to afford the downpayment on the closet-sized studio apartment of my dreams, I’ll be checking to see where the newest Gagosian outpost has landed.

Selling art isn’t his only talent
As Gogo is a man of letters, it’s only fitting that he’s found a way to work a publishing program into his business model—as if running 16 galleries wasn’t enough. His galleries publish scholarly texts and a quarterly magazine. Kudos for following your dreams Gogo!

He won a Peabody
Not only has the dealer built an art empire that spans the globe, he’s also racking up public service awards in film too. This guy’s too much, and not because he’s an overachiever, but because he’s modestly placed this staggering achievement in the last paragraph of his bio. He received the noteworthy honor for producing American Masters: Andy Warhol, a Documentary Film in 2006. Oh, and he won another little award, too: the Rome Prize, in 2010. Last but not at all least, the French government has given him both the insignia of Chevalier de la Légion d’honneur and the honor of the Ordre national du Mérite.

He probably loves jazz
There are plenty of institutions where Gogo could make an impact given his clout as an art world influencer, so its curious that he’s on the board of directors of Jazz at Lincoln Center. Since he recently added the title “restaurateur” to his resume by opening a sushi restaurant on the Upper East Side, don’t be surprised if his next gallery has a jazz club in the basement. 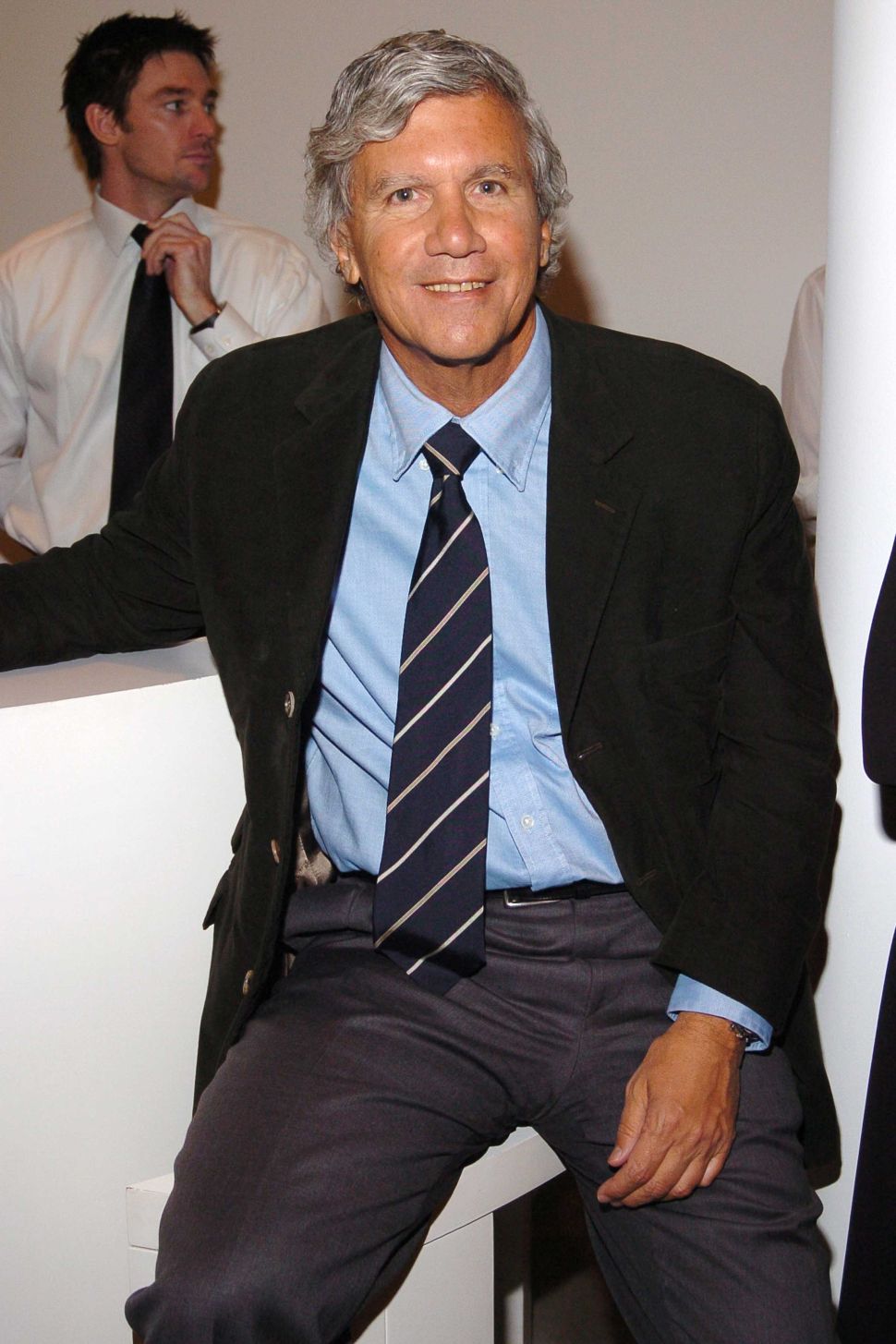