It’s now a longstanding notion that everything super star restaurateur Stephen Starr touches turns to gold. There’s Upland, led by Chef Justin Smillie and opened in October 2014, which still requires a reservation 2-3 weeks in advance. Just a stone’s throw away there’s also The Clocktower at The Edition Hotel, where the likes of Rihanna and Justin Timberlake have entrusted the dark oak-paneled venue to play host to auspicious occasions, as well as 30 other Starr-worthy eateries. The newest addition to his portfolio, Le Coucou at The 11 Howard Hotel, is no exception.

Devised by Chef Daniel Rose, who also oversees Spring and La Bourse et La Vie in Paris, Le Coucou bills itself as “classic French” fare. The first bits of table bread might make you believe that, but as the meal progresses one stumbles upon certain modernities. There are reimagined staple dishes like “Tout Le Lapin” or “The Whole Rabbit,” extrapolated across three separate plates highlighting different parts of the animal, and the studied Oeuf norvégien, a puzzle of soft boiled egg and artichoke heart wrapped in smoked salmon, brought up to date with Rose’s technique in delicately assembling the three elements. Conventional luxury comes in the form of veal tongue topped with Ossetra caviar and wagyu tripe, while elevated peasant dishes like veal terrine and lobster-stuffed squash blossoms are also must-haves, making the menu offerings a democratic masterpiece.

The whimsy comes alive in the space too, thanks to Roman & Williams, the design duo also behind The Standard Grill, The Viceroy New York, and Gilded Lily. The Instagram-worthy bar is warm with its Baroque chandeliers and surrounding woodland fresco. It contrasts with the rest of the dining room, where brick walls are lightened with a wash of white paint, and fixtures are kept sleek to give proper credence to the open kitchen. Like the food, there’s whimsy in the experience too. The bathroom includes a hilarious, if not maddening, soundtrack on a continuous loop. The song? A duet circa 1940 by Django Reinhardt and Josette Dayde entitled, “Coucou.” 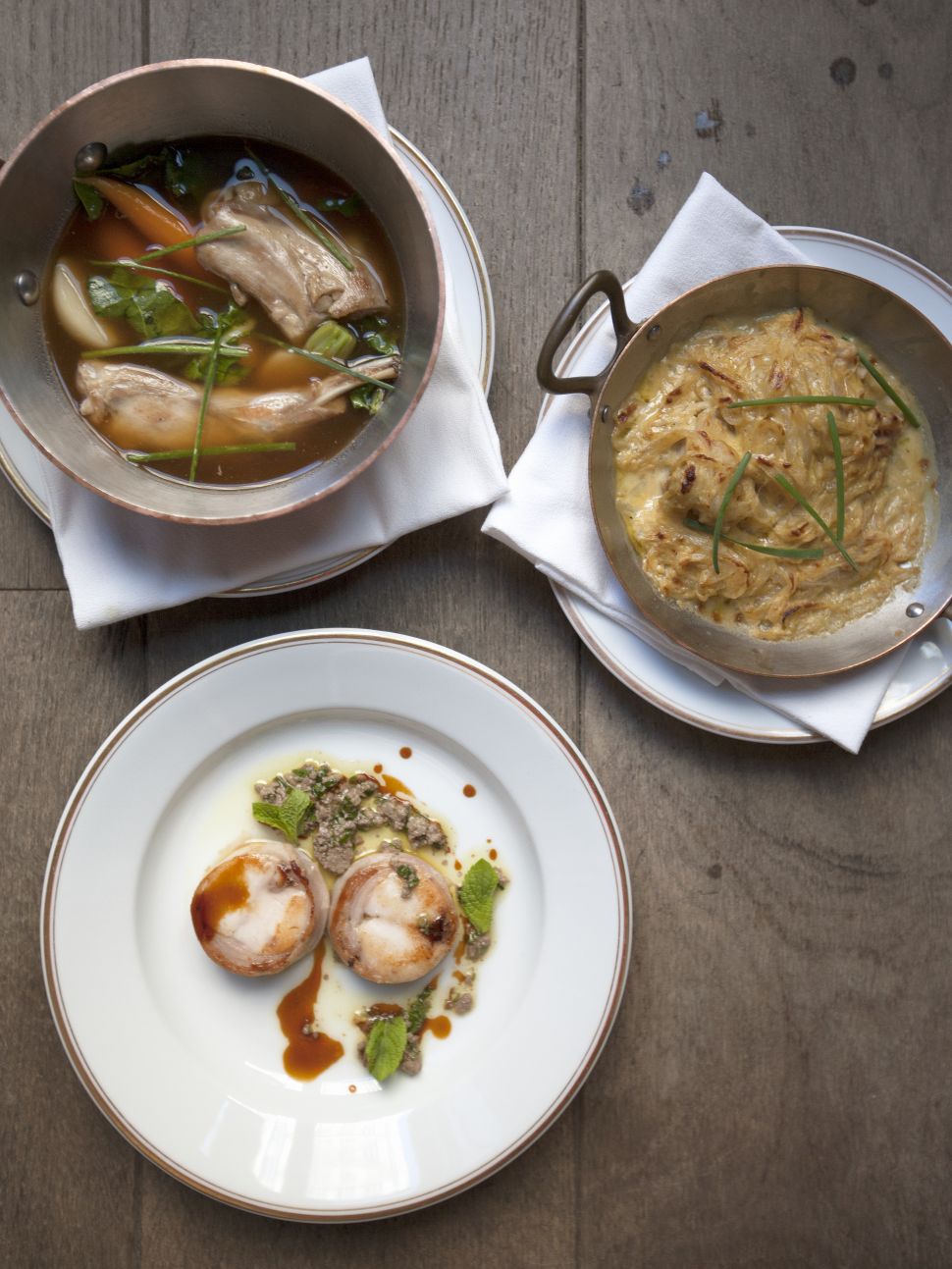