Dolce & Gabbana, the classically flashy Italian brand, loves giving people something to talk about. This Milan Fashion Week, their tropically themed runway show (replete with a flash mob) wasn’t enough. In addition, they packed their front row with buzzy millennials of the modeling, acting, singing and general good looking variety.

Yes, most of these kids are the offspring of celebrities, but they’re also busy building careers of their own–and they have the social media followings to show for it. Here, we break down the essential details of each of these cool teens (and 2o-somethings). You know, so you can feel cool, too.

Age: 22
Claim to fame:  He got his start as a Vine star, but an acting career followed shortly after, with a role in the 2014 film, Expelled. Expect to see much more from this social media guru, as he is currently filming a reality show for Netflix that follows his life as he takes his career to the next step.
Instagram handle: @camerondallas
Instagram followers: 15.7 million

Age: 21
Claim to fame: Deutch has all the makings of Hollywood royalty; the former Disney star has landed roles on the CW series Ringer and the 2014 flick, Vampire Academy. She’s also the offspring of actors Howard Deutch and Lea Thompson.
Instagram handle: @zoeydeutch
Instagram followers: 553k

Age: 18
Claim to fame: This international pop star was thrust into the spotlight at the ripe age of 10, after winning Talang (the Swedish version of Got Talent). The “Lush Life” singer’s recent Twitter feud with Chris Brown has also proven rather entertaining.
Instagram handle: @zaralarsson
Instagram followers: 1.9 million

Age: 18
Claim to fame: All you really need to know about Richie is that she is the on-and-off again love interest of Justin Bieber. (But one more thing: her father is Lionel Richie).
Instagram handle: @sofiarichie
Instagram followers: 1.6 million

Age: 19
Claim to fame: He might be Jude Law’s son, but he’s also a burgeoning male model who walked in Dolce & Gabbana’s men’s show this past June.
Instagram handle: @raff_law
Instagram followers: 17k

Age: 21
Claim to fame: Jaden Smith’s girlfriend just got a tattoo of his initials to cement their young love. But Snyder is also a model, having landed campaigns for Uniqlo and Forever 21, though the 2015 theft of an Hermès bag might go down as her most notorious fashion moment to date.
Instagram handle: @sarahfuckingsnyder
Instagram followers: 913k

Age: 27
Claim to fame: This triple threat has scored roles in the Twilight and Harry Potter series, though his breakout role was in 2007’s Sweeny Todd: The Demon Barber of Fleet Street. Yes, he’s also a model and singer and guitarist, for an English punk band, Counterfeit.
Instagram handle: @bowerjamie
Instagram followers: 356k

Age: 18, 20
Claims to fame: Seeing as their parents are Pamela Anderson and Tommy Lee, there’s no way these two brothers could stay out of the spotlight, even if they tried. For now, Brandon wants to grow up to be an actor, while Dylan dreams of being a musician.
Instagram handle & followers: @dylanjaggerlee (68.2k), @brandonthomaslee (38.4k)

Age: 17
Claim to fame: This famous offpsring is signed to IMG Models in both New York and London (and yes, her father is Sylvester Stallone). However, Vogue has called her “one fresh face to watch,” so we expect her career to skyrocket in no time.
Instagram handle: @sistinestallone
Instagram followers: 221k

Age: 22
Claim to fame: With a last name like Getty, it’s clear that this modern swan isn’t your average NYU student. Her Instagram boasts envious trips around the globe and major #tbts, like one of her mom, Pia Getty, posing with Andy Warhol.
Instagram handle: @isabelgetty
Instagram followers: 1,052

Age: 17
Claim to fame: This all-American beauty is an actual fashion princess, as her grandmother is Diane von Furstenberg. She’s already snagged editorials in Teen Vogue and Tatler, so keep your eye out for this budding socialite.
Instagram handle: @talitavon
Instagram followers: 73.7k

Age: 15
Claim to fame: This striking French model got her start at the age of four, when she walked in a Jean Paul Gaultier runway show. She modeled throughout her childhood, though some of her more scandalous photoshoots received plenty of backlash in regards to their promiscuity. Now she’s (almost) all grown up and signed by IMG Worldwide.
Instagram handle: @thylaneblondeau
Instagram followers: 568k 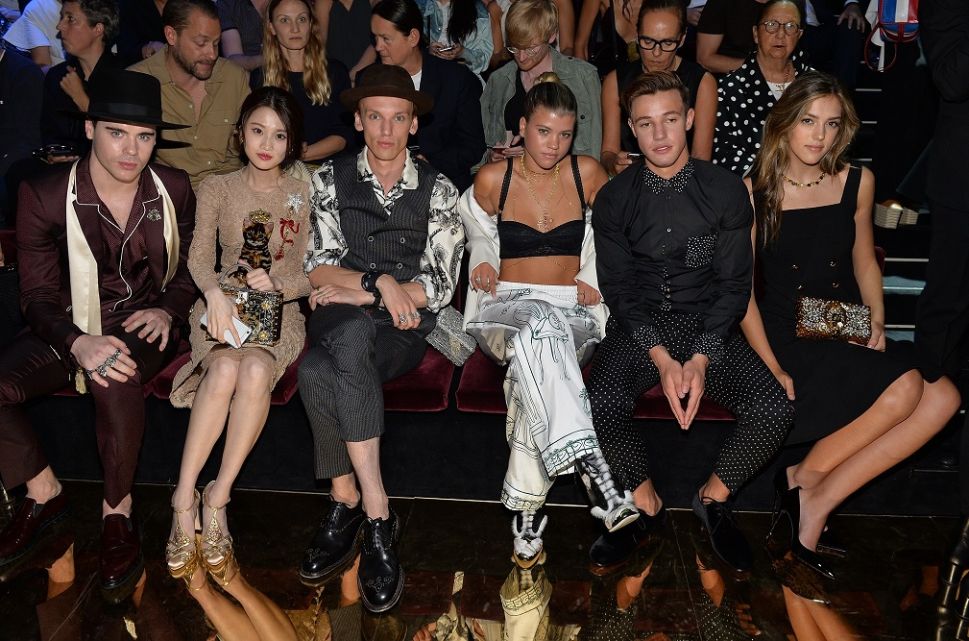