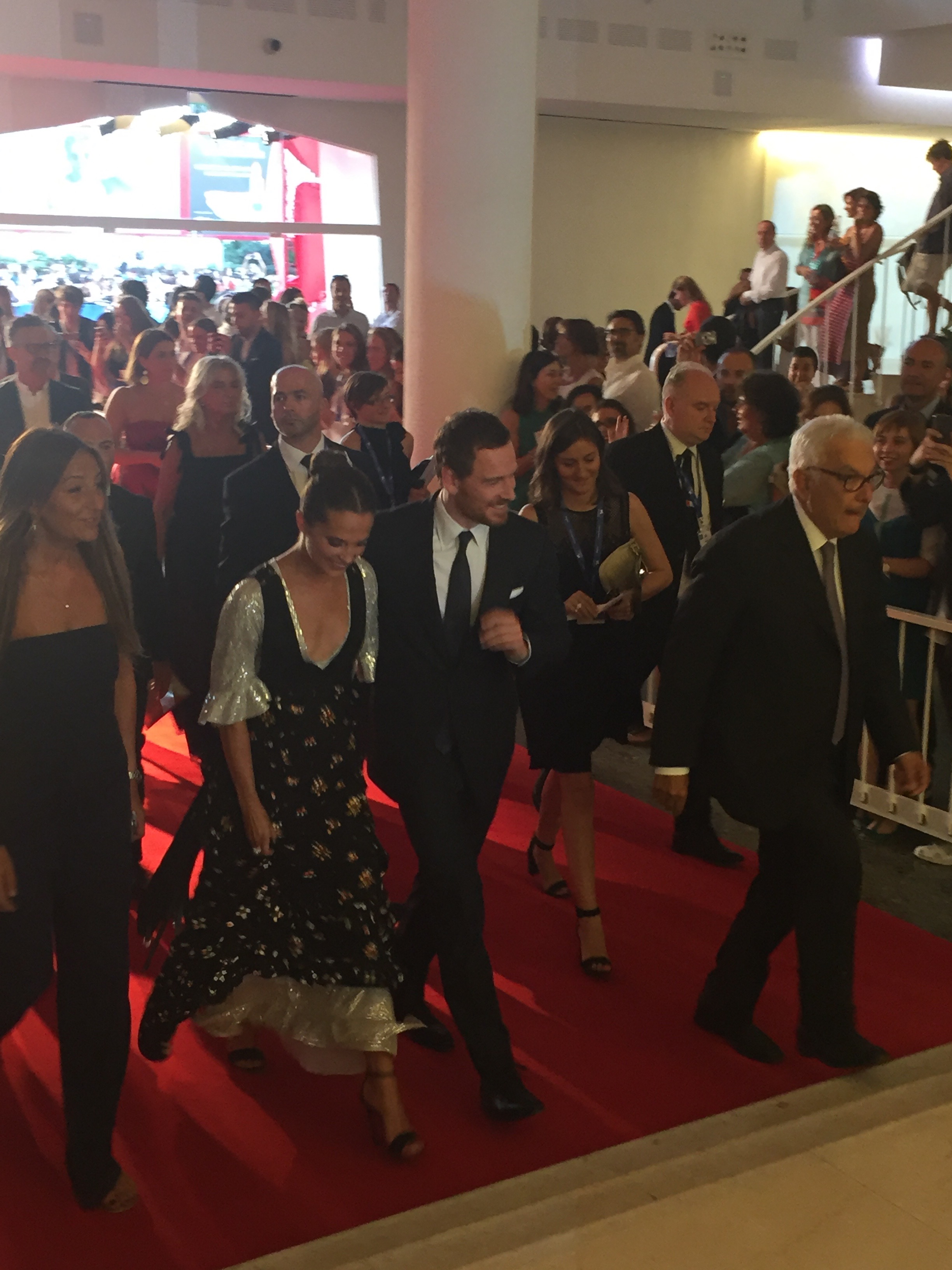 The magic of Venice strikes all senses without remorse, like a lightning bolt straight to the brain. Overwhelmed by this city where the intersection of art and history create a kaleidoscope of wonder, it’s a place where past beauty dictates future dreams. You are lost in a labyrinth where time seems irrelevant yet unending. Every street that once felt familiar transforms into another secret passageway into an alternate universe. Nope, not even Google Maps can help you.

The Venice Film Festival is unlike any other. The festival descends on Lido, an island off of Venice proper, known for it’s serene beauty. Now in it’s 73rd year, the festival maintains that same magic where the celebration of art and film inundates the culture. As opposed to other festivals, Venice isn’t just a press schedule and movie times. The festival breeds excitement, where every night becomes a new work of art.

The opening festivities were cancelled in respect to the victims of the deadly earthquake that hit central Italy a few days prior. Film worthy of it’s much coveted opening night position, La La Land received critical acclaim. However, the real celebration of film started on the second night with two major premieres, The Light Between Oceans starring Michael Fassbender and Alicia Vikander as well as The Arrival starring Amy Adams and Jeremy Renner both received well deserved standing ovations.

Around 6:30pm, fans donned in shorts and casual t-shirts encircled the barrier between paparazzi and a sharply dressed Michael Fassbender and his offscreen love, entrancing beauty, Alicia Vikander. A sea of young Italian girls washed over the crowd with pictures of Fassbender’s face and Sharpies galore, an infectious excitement that rolled like waves from the crowd and into the theatre.

The press and moviegoers awaited inside as Fassbender and Vikander entered the theatre hand in hand with an elegant presence, like royalty. They sat in the balcony seats, waving to the audience as the king and queen of the night.

The film itself is a masterpiece, both delivered Oscar-worthy performances as their chemistry is unmatched (The two have been an inseparable couple since they met on set). Adapted from the eponymous novel by M.L. Stedman, the film is about about family and morality. Fassbender and Vikander play a married couple who live in a lighthouse. After suffering two miscarriages, a baby girl with her dead father wash up in a boat and they raise the child as their own, never admitting how she was found. Controversy arises when they meet the child’s real mother (Rachel Weisz) and Fassbender is faced with an unimaginable dilemma, does he return the child to her biological mother or continue living in his facade?

The film is as heartbreaking as it is heartwarming. Their love is undeniable, both between each other and their child, but the thick line between right and wrong is constantly challenged leaving the theatre in just as much confusion and awe. The film ended and the audience, awashed with overwhelmed with emotion as were the cast and crew. Fassbender and Vikander embraced in a group hug with director, Derek Cianfrance, and other crew.

Twenty minutes later, the next premiere began. A new crowd of excited fans cheered as Amy Adams and Jeremy Renner entered the red carpet with grace and allure. As the audience awaited once more, Adams and Renner claimed their throne and entered the theatre as the new rulers of cinema for the night.

The film itself was a cinematic tour de force. A realistic alien encounter film that is sure to excite all conspiracy theorists. Deeply layered with relationship drama and Adams’ inner turmoil, this film also inspires the audience to question ‘What would you do?’. Another incredibly emotional response, that left even Amy Adams wiping away tears. 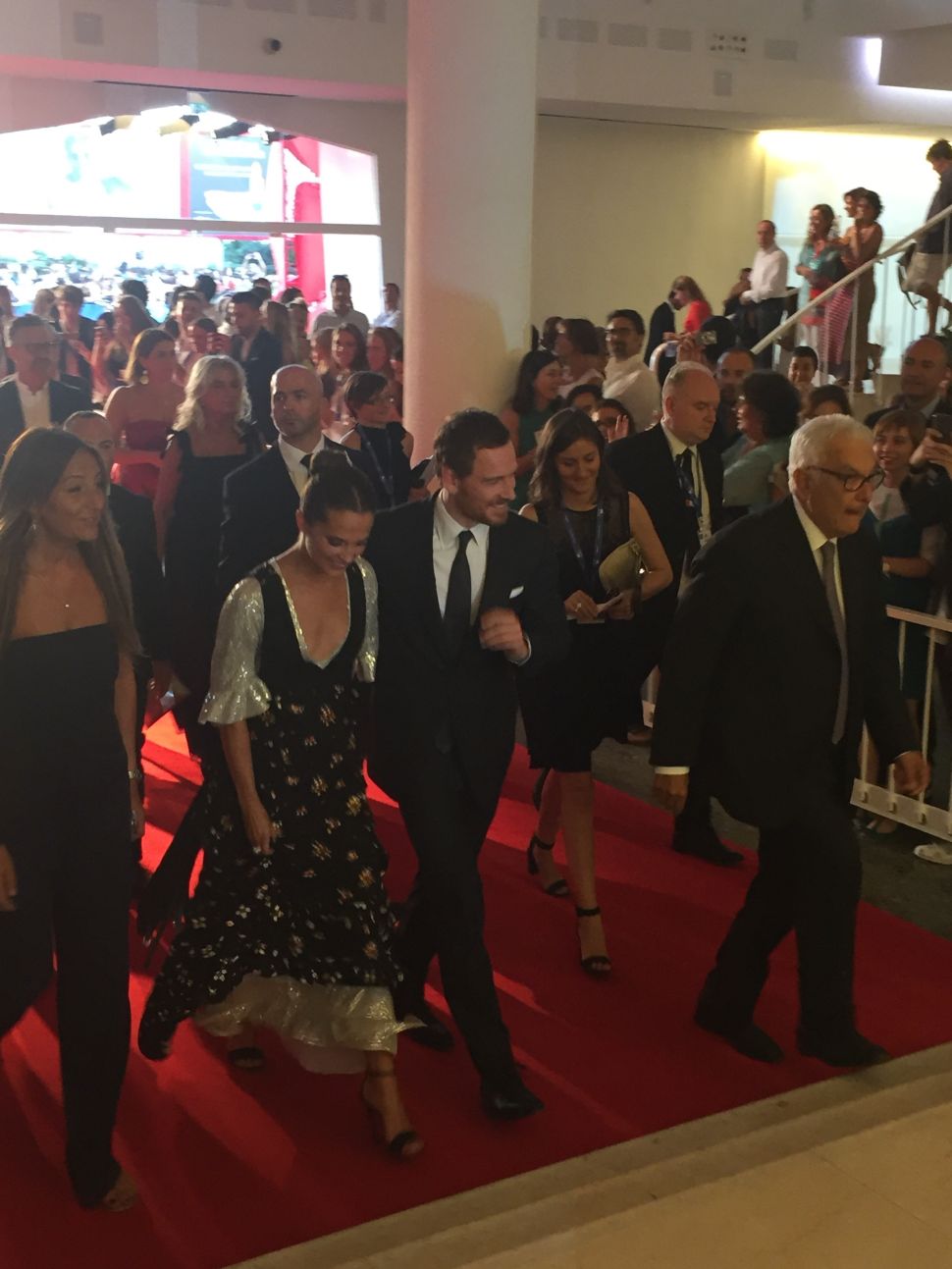