Engineer and entrepreneur Peter Diamandis grew up in the 1960s, and his life and career were shaped by two of the biggest space-related milestones of that decade: the debut of Star Trek in 1966 and the 1969 moon landing.

“I was a fanatical Star Trek fan, and the moon landing was this epic journey that happened during my most formative years,” Diamandis told the Observer. “It was a one-two punch that really changed the course of my life.”

Julian Guthrie details Diamandis’ quest to democratize spaceflight using a $10 million contest called the XPRIZE in her forthcoming book, How to Make a Spaceship: A Band of Renegades, An Epic Race and the Birth of Private Spaceflight.

Guthrie initially wrote a profile of Diamandis for the San Francisco Chronicle, where she worked for 20 years. But she soon realized that his story, as well as the field of private spaceflight, deserved a book-length exploration.

“I was looking for my next grand adventure and thought this was a wonderful one,” Guthrie told the Observer. “I didn’t know that this one guy who grew up dreaming of getting to space was the one who had managed to spark an industry with one idea.”

Diamandis began putting his passion for space into practice in college—while studying at MIT in 1980 (where, as Guthrie writes, he was “officially pre-med, but passionately pre-astronaut”) he co-founded the school’s first space club, Students for the Exploration and Development of Space (SEDS), whose first adviser was legendary science fiction writer Arthur C. Clarke. SEDS is now a 501(c)3 nonprofit with chapters in 10 countries.

After graduating, Diamandis co-founded the International Space University, a nonprofit institution for lunar studies, which is still active and based in France (the school’s current chancellor is Buzz Aldrin).

“I think of myself as a parent of those organizations, and seeing them stand on their own is something I’m very proud of,” Diamandis said.

The entrepreneur launched several other small companies which focused on space technology before coming up with his most famous idea, the XPRIZE, in 1996. This contest set out to reward the first nongovernmental team that could build and fly a three-person rocket to the start of space (62.5 miles above Earth’s surface).

Diamandis was so bullish on the prize’s prospects that he announced the contest before full funding was in place—”jonesing for hardware and hustling for dollars,” in Guthrie’s words. Investors were slow to materialize over the next few years, however, especially after air disasters like the 9/11 attacks and the 2003 explosion of the space shuttle Columbia.

“It became evident that raising money wasn’t gonna be easy, and it became really hard to keep on going,” Diamandis said.

Other potential investors declined to fund the XPRIZE itself, but backed companies that were competing for it: Longtime space enthusiast and Virgin Galactic president Richard Branson rejected the initial idea but ended up licensing the technology for SpaceShipOne, a rocket-powered aircraft built to take paying passengers into suborbital space.

SpaceShipOne, a joint venture between Microsoft co-founder Paul Allen and engineer Burt Rutan, won the XPRIZE in 2004—the rocket is now on display in the National Air and Space Museum.

Given its high profile backers, SpaceShipOne was seemingly a prohibitive favorite for the prize from the start. But Diamandis rejects the idea that the project had an unfair advantage.

“We weren’t just measuring technological innovation, but also the team’s ability to navigate regulatory fronts and raise money,” he said. “They just had the strongest team. They took a substantial lead and kept it.”.

Guthrie, who analyzes SpaceShipOne’s development in detail in her book, agreed.

“It was definitely the best funded, but their advantage was also intellectual,” she said.

Branson’s eventual involvement in Allen and Rutan’s project actually ended up legitimizing private spaceflight as an industry, according to Diamandis.

“It assured that the competition would lead to commercial spaceflight,” he said. “SpaceShipOne would’ve been a historic moment in any case, but it couldn’t be a commercial endeavor without funding.”

“Thousands of years from now we’re gonna look back on the next couple decades as the moment we moved off the planet irreversibly.” – Peter Diamandis

The success of the XPRIZE ended up inspiring other business magnates like Elon Musk and Jeff Bezos (both friends of Diamandis) to enter the world of commercial spaceflight. Musk in particular has interstellar ambitions—he funded the XPRIZE before founding his space transport services company SpaceX, which is facing renewed scrutiny following the recent explosion of its Falcon 9 rocket, which was carrying a $200 million Facebook satellite.

Both Diamandis and Guthrie, who interviewed Musk for her book, believe SpaceX will rebound from this incident.

“Elon’s one of the smartest people I’ve ever met,” Diamandis said. “They will figure out and overcome the failure, and remain a dominant force in the industry.”

Since its initial “great leap,” XPRIZE has sponsored 13 other competitions designed to encourage research and development into complex technological problems. The most high profile current contest is the Google Lunar XPRIZE, which will be awarded to the first team that is able to land a robot on the moon which can travel 500 meters on its surface and transmit video back to Earth.

Diamandis predicts that space will develop as an “economic engine” now that private spaceflight has more mainstream acceptance.

“Thousands of years from now we’re gonna look back on the next couple decades as the moment we moved off the planet irreversibly,” he said. “We’re gonna be a multi-planetary species.” 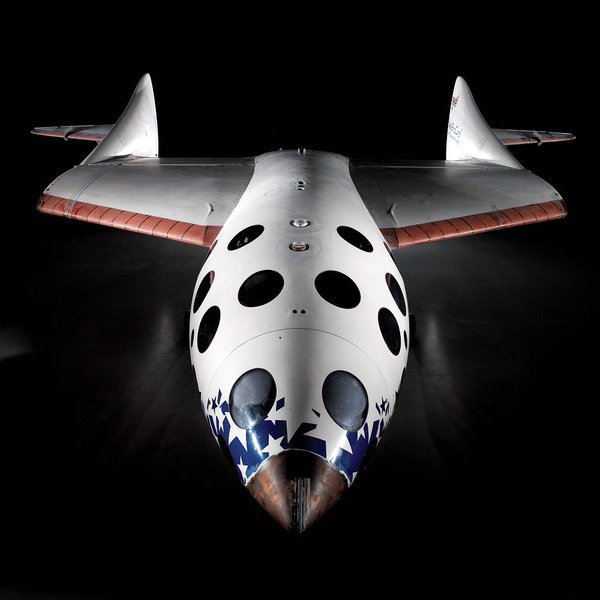