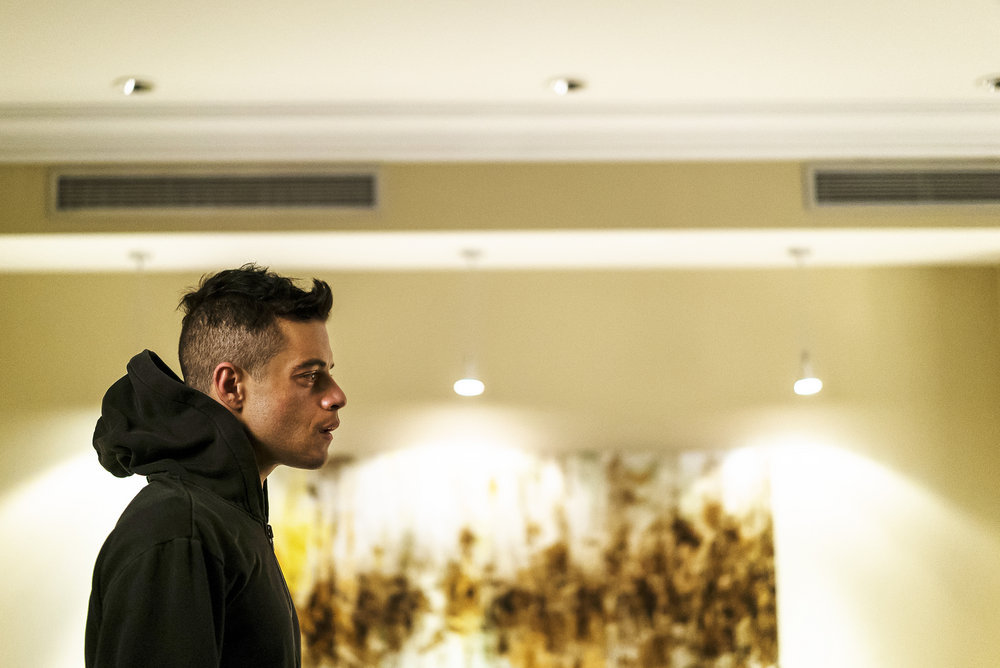 “I’m the only one that exists”

So much depends upon / a red wheelbarrow / glazed with rain water / beside the white chickens.

That simple, sixteen-word by William Carlos Williams are the only words Tyrell Wellick’s father knew in English. It meant a lot to him, an emotional Tyrell tells Elliot under a stormy Coney Island sky. “I use it as a reminder,” Tyrell says. “A reminder of him. And a reminder of what I never want to become.”

A flash that looks very much like recognition flashes across (Emmy-winner) Rami Malek’s face. Because he can relate to the idea of a father that haunts you, that still shapes the person you are long after his death? Or something else? Maybe something similar to the feeling I had, when I realized we had seen “the red wheelbarrow” before, written on the cover of Elliot’s journal in some of the earliest visuals of the season 2 premiere:

The entirety of Mr. Robot‘s season 2 finale is filled with mirrors like these; references both visual and aesthetically to past episodes that feel more like connections than simple Easter Eggs. Repeated viewings of “eps2.9_pyth0n-pt2.p7z” will leave you like Agent Dom DiPierro, crafting a wall filled with lines marked “sister” or “father”, “deceased” or “missing” or “wanted”, tenuously connecting names, faces and places until something, anything, makes sense. “You’ve got be fucking kidding me,” Darlene says, as she realizes the intricate web of paranoia and conspiracy she had built up in her mind was far simpler than she could have imagined. Another mirror, to the moment in episode three when DiPierro realized the exact same thing.

The scenes in FBI headquarters between Dom and Darlene were such perfectly constructed companion pieces to the Tyrell and Elliot storyline; Sam Esmail knew viewers were coming into this finale on the heels of last week’s batshit bananas episode desperate for answers, and with Darlene’s interrogations you felt those answers were moments away. But Esmail dragged out any sort of reveal to the absolute breaking point with his usual tricks; keeping Darlene and DiPierro out of the same shot in the interview room, Darlene’s excruciatingly slow-mo walk through the FBI (to the tune of “The Moth and the Flame” by Les Duex Love Orchestra). Esmail only brought the “two Jersey girls” together, center-frame, at Darlene’s moment of realization. The moment Darlene connected those names and faces to see the big picture, one that snuffed out the last moment she had of feeling in control.

Now, compare this same moment for Elliot, the second he realizes the magnitude of Stage 2. His own idea, run wildly out of his control.

Mirrors on top of mirrors, reflecting…what exactly? Unless you want to throw out the idea Agent Dom DiPierro is actually a fragment of Darlene‘s mind–and know that if you want that, I am here to support you–it’s tough to really say. The strength of this finale, of this whole season, has been built on the complicated idea of not knowing, despite having all the clues. Elliot says as much, posits the idea that “what we perceive isn’t the real world at all, but just our mind’s best guess.”

So what’s our best guess? Let’s start with Stage 2, which boils down to something both more straightforward and more sinister than I predicted; The Dark Army is going to blow up the building containing the physical documentation needed to reverse the 5/9 hack–because what’s scarier to cyber-terrorists than data stored outside a computer?–with Elliot’s femtocell malware serving as the spark that lights the powder keg. This comes as a shock to Elliot  because for all his faults, he is not a straight-up murderer. Tyrell and the Dark Army may think he’s a mastermind, but if we believe Elliot he knew nothing about Stage 2. Of course, we knew. We knew because we already saw it come to fruition in episode four:

This complicates everything–as much as this episode can get more complicated–because that pseudo-precursor to Stage 2 came during a dream in which Elliot revealed his desires: a relationship with Angela, happiness for his loved ones, redemption for his crimes and what we thought was a metaphorical destruction of corporate America. But what desires becomes a bit of a moot point in the finale’s pivotal closing moments, where the things Elliot does or does not want become less important than who Elliot even is. “I’m the only one that exists” Elliot says to an emotionally-wrecked Tyrell Wellick who just so happens to have a gun aimed at his chest. Elliot’s gambling on the idea that Tyrell is yet another figment of his splintering psyche and the bullets in that gun, much like they were in the season premiere, are nothing but ideas.

But ideas don’t make you bleed. Ideas don’t make you crumple to the ground, or flicker that part of you that, say, manifests itself as your dead father into non-existence. I very much so doubt Elliot is dead (the next scene seems to confirm he’s alive, actually), but something inside him has changed forever. Tyrell leans over him and says, “You did this to yourself, Elliot,” and for once, for once, I don’t think Esmail is hinting at a twist. It’s telling that the first time in this series that Elliot grabs at control, real control he says, that maybe the first moment Elliot is 100 percent certain of what is an illusion, is the moment everything turns out to be devastatingly real. 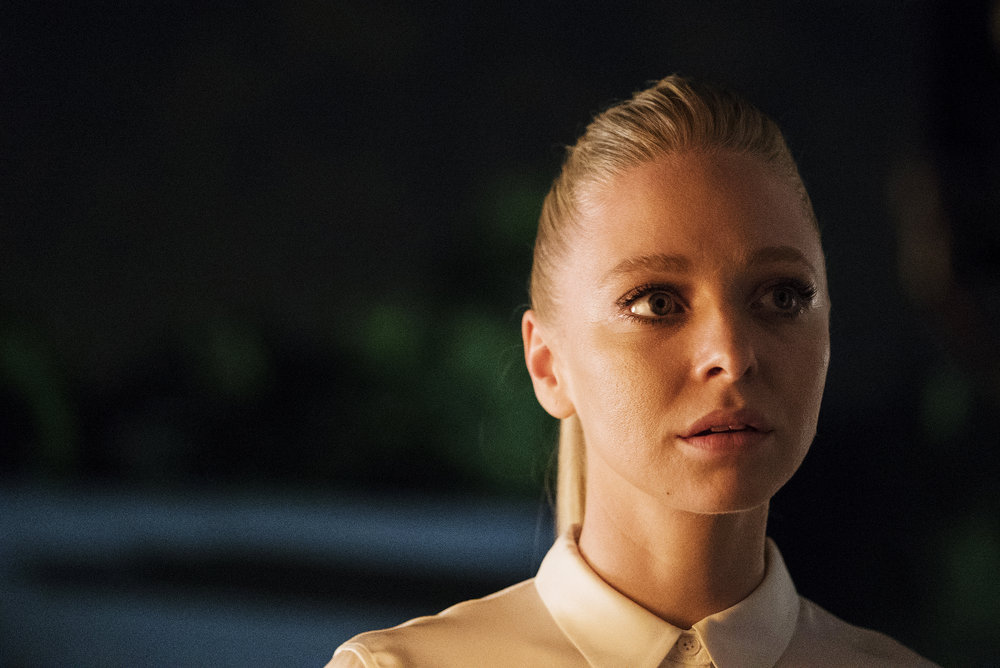 “Tyrell, you did what needed to be done“

Is there anything more up Mr. Robot‘s alley than ending a season by literally turning the lights out on us? The closing scene–before the credits, at least–is barely a minute long but still manages to raise approximately one thousand new questions. Angela, in her first appearance this episode, gets a call on a secure line, from Tyrell of all people. “Don’t let anyone near him. I should be the first person he sees when he wakes up,” Angela says of Elliot which, unless we’re looking at some truly bonkers Arrow crossover, is not something you say about a dead person.

Finally, through tears, Tyrell answers: “I love him.”

There is…a lot to think about there. What did Whiterose say to Angela that makes her so calmly accept a call from the most wanted man in the world? For that matter, “you did what needed to be done” hints she was a part of this long before Whiterose came along, no? And then there’s the matter of Tyrell, who has been acting strangely childish, quick to tears and prone to panicked screaming, since he reappeared last week. What, from the night the 5/9 hack was initiated to the second Tyrell pulled the trigger on Elliot, could lead Tyrell to say he loves Elliot? Or, maybe, that he loves Mr. Robot?

Either way, we’re left in the dark; Angela shuts off the lights of her apartment, and with them goes the power to the entire city. We’re left with darkness, sirens and a mess of lines connecting names to faces, slowly but surely forming a whole picture. We may not understand it yet–and I’m sure that’s going to ultimately turn a lot of people off to Mr. Robot season two–but everything is connected. You lose one name, one face, one episode or moment or character and the entire picture crumbles. That, ultimately, is the joy of this show. Everything, everything is key. And nothing, like life, is insignificant; not what we see, not what we can’t see, not even an inconspicuous red wheelbarrow glazed with rainwater,  beside the white chickens. 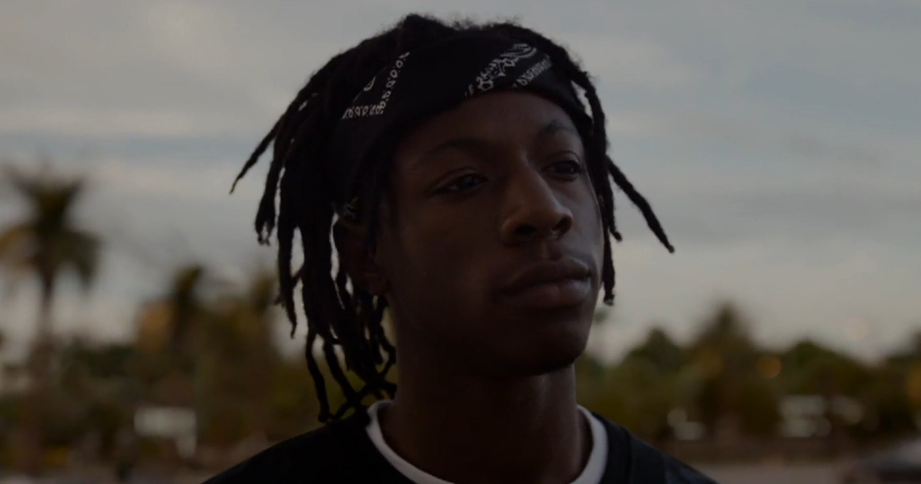 And then…this happened, Mr. Robot‘s Marvel-esque after credits scene. Leon lives! So do Mobley and Trenton, if you call working at a Fry’s Electronics truly living.

I don’t think–and please, correct me if I’m wrong–we learned much of substance here, because Trenton and Mobley were talking as cryptically as humanly possible. The gist: Trenton is on to something, something big that could “potentially undo this whole thing.” Mobley, for his part, is content with his 9-5. Leon, he of endless Seinfeld knowledge and ninja skills, appears to drop Whiterose’s trademark line: “Do you have the time?”

It’s no secret, ever since Elliot was released from jail, that Leon is some sort of Dark Army associate/possible assassin, working closely with Whiterose. The takeaway here is that Whiterose, with her never-ending network of resources and a possible new ally in Angela, is still the power player in this increasingly connecting game.

Whether Leon ever got around to Mad About You? Just another mystery to toss on the pile. 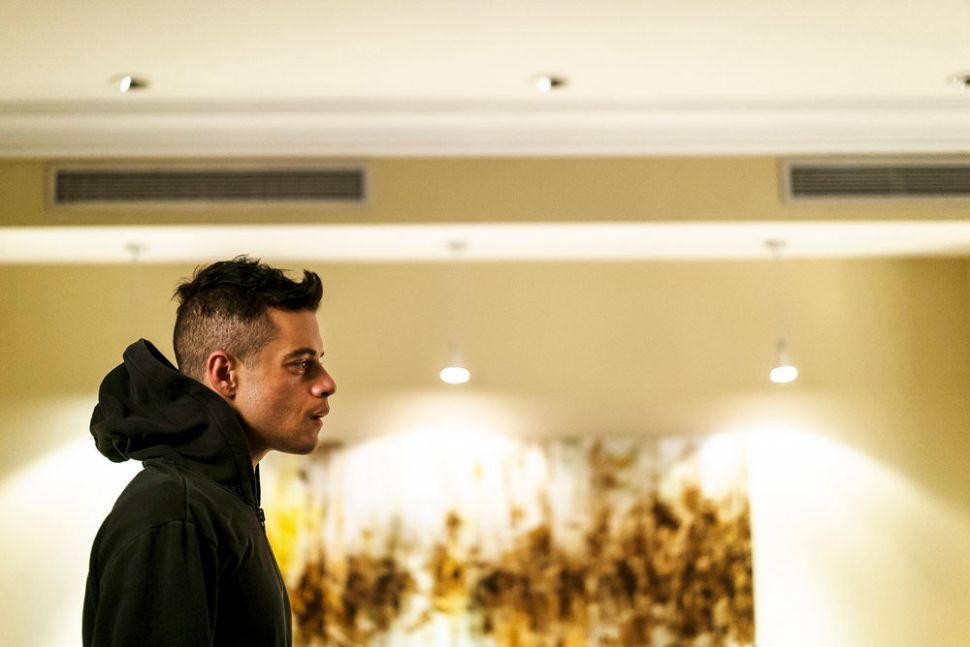