Museumgoers stood in line for hours to use Maurizio Cattelan’s solid gold toilet. “I spent two hours in line so I could rub my ass on the gold. I also caught a Pokémon in there,” one visitor told Artsy.

The good and bad of Mavel’s Ta-Nehisi Coates-authored comic Black Panther, according to artist Kerry James Marshall. “This Wakanda looks a lot like Dubai to me. The African kingdom is, we are told, ‘the most technologically advanced society on the globe,’ and yet in the new edition of Marvel’s Black Panther, the imperial guard is still using spears—albeit ones that also discharge some kind of electric ray,” writes the Marshall in the September issue of Artforum.

Artists Space director Stefan Kalmár tapped to head London’s Institute of Contemporary Arts. Kalmár has been in charge of the nonprofit art gallery Artists Space since 2009, and will start at the ICA in November.

Leading Emirati artist Hassan Sharif dies at 65. Sharif, whose work was featured in the UAE’s pavilion at the Venice Biennale last year, succumbed to cancer. 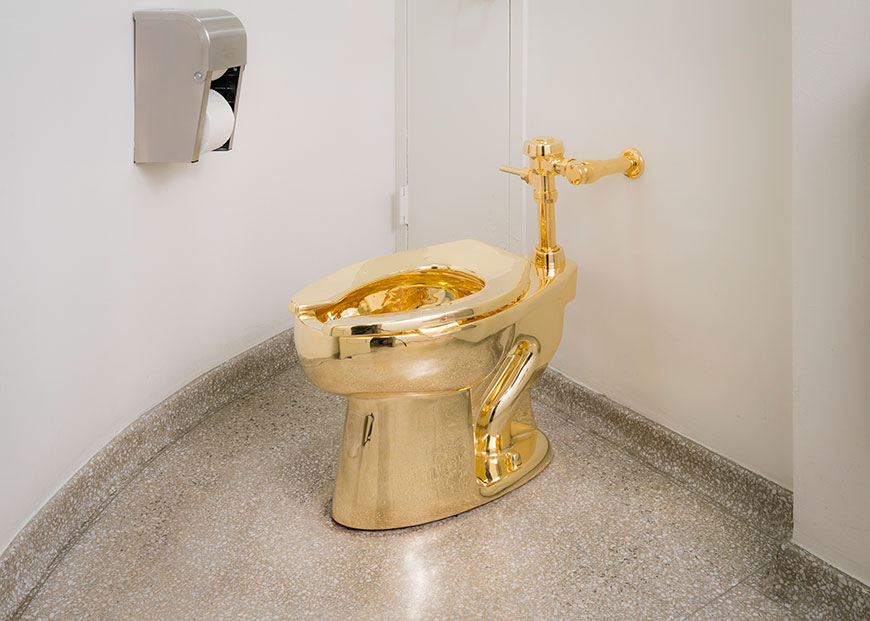