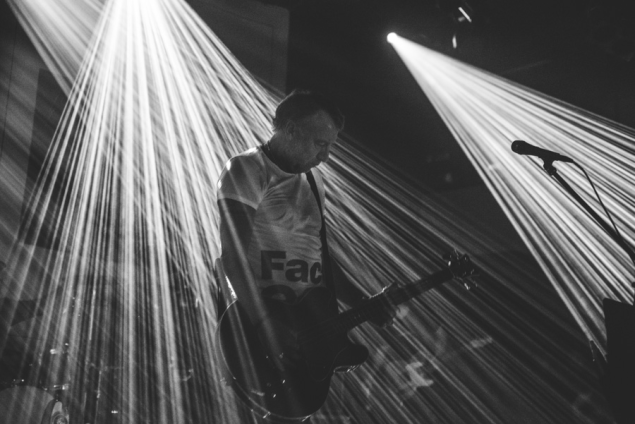 Peter Hook is feeling chipper as he drives along England’s northwest coast—he’s doing what he loves best: touring and performing the music of both of the bands he helped craft: Joy Division and New Order.

Hook and his backing band, The Light (which includes his son Jack Bates and members of Hook’s 1990s band, Monaco), have done whole album tours for some years now, reproducing the first two Joy Division and New Order albums on separate jaunts. But, for the legendary bass player’s fall tour, whose U.S. leg kicks off at Webster Hall, September 22 and September 23, he unites the work of both groups by playing each band’s Substance singles compilations, giving the people what they want—hits, of sorts, and all in one big night out. Genius.

New Order famously rose phoenix-like from the ashes of Joy Division, which ended abruptly with enigmatic frontman Ian Curtis’ suicide on the eve of the band’s first American tour in 1980. To call Hook a bass player is to call the George Washington Bridge a mere river crossing. Despite a unique melodic style that helped craft both groups’ sound, Hook has been estranged from his former bandmates since 2007; something that will no doubt be recalled in his upcoming autobiography, Substance: Inside New Order, his third book, this time covering the New Order years.

Hook spoke with the Observer the day after the first night of the Substance tour, which took place in the north of England, not far from his native Manchester.

How did the first Substance gig go?

It went very well; it was a bit nerve wracking, as it always is the first night when you’re playing the full LPs. It’s interesting, because you don’t know which way round to do them: start with New Order and finish with Joy Division or the other way round. Last night, we started with New Order because it’s chronologically correct [for the album releases], and finished with Joy Division. It went really well; I was very pleasantly surprised.

Do you really still get nervous after all these years?

Yeah, very nervous. I think it was Lou Reed who said if you don’t get nervous you shouldn’t be doing it. And I listen to everything Lou Reed ever said. [Chuckles]

You’ve toured whole albums for a while now, but the Substance albums contain singles, snapshots. Is it a different energy or attitude?

The interesting thing about Substance is that our singles weren’t on LPs. Up to this point in our career, which was ’85 and ’86, these songs had only been released as singles. It was Tony Wilson, who was the head of Factory Records, who told us to do it. He’d just bought a new car; he’d just bought a new Jaguar. It was the first production of a car that had a CD player in it.

He decided that he wanted all of New Order’s singles on a CD so he could play it in his car. It went on to be our best selling album—the album that we never played, ever. It sold 2 million on double vinyl in America alone and got up to the 12 million mark around the world.

Would you say it was the success of the New Order Substance that led to creating the Joy Division Substance, which followed?

No, we would have to say it was Tony Wilson who just wanted a Joy Division singles CD to play in his car as well! [Laughs] It was quite interesting, because it was quite a weird list of songs, Joy Division Substance. I felt that that album was worth it for the sleeve alone, because Peter Saville [Factory Records co-founder, designer and artist] did a fantastic job with that sleeve in particular. It was surprising, but the Joy Division stuff seemed to go down better than the New Order stuff. I don’t quite know why that was.

You have your third autobiography coming out soon…

It’s coming out in America next year now; England this year. The Americans decided to delay it: Johnny Marr pipped me to the post.

What, publishers can’t have two Mancunians release autobiographies at the same time?

Obviously not if you’re Faber and Faber! [Laughs] It’s interesting because with the internet there are no boundaries. I live and hope for the days when we sold 3 or 4 million albums to return; maybe publishers are hoping for that with books. I’m happy to hope those days will come back—but I doubt they will!

Could there ever be a new New Order album, or a tour with you playing with your old bandmates?

We’re still in the midst of a huge legal battle, which to be honest with you, as far as divorces go, is still at the bit where you’re cutting up the suits, cutting up each other’s clothes, and looking at the dog with a saw and going, “Which half do you want?”

So, no, I couldn’t imagine anything worse at this point. 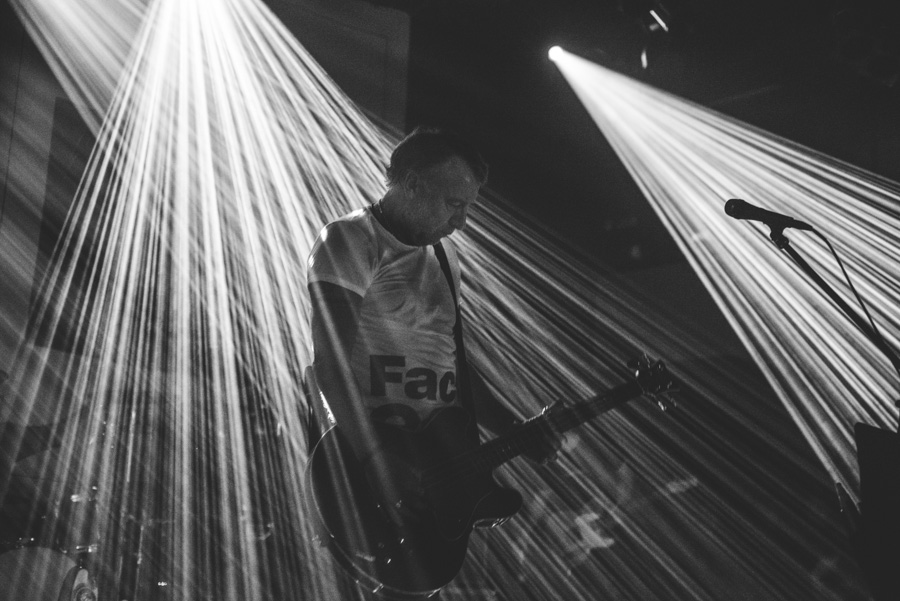