It is a violation under the Democratic National Committee (DNC) charter for the chair or any staff to fail to “exercise impartiality and evenhandedness as between the Presidential Candidates and campaigns.” Former DNC chair Debbie Wasserman Schultz and other top DNC staff resigned in disgrace after WikiLeaks released emails showing they overtly violated the DNC charter in their favoritism for Hillary Clinton over Sen. Bernie Sanders. At the end of July, the Democratic Congressional Campaign Committee (DCCC), which is obligated to the same rules of impartiality as the DNC, was hacked. Shortly after, hacker Guccifer 2.0 began releasing documents he had obtained.

“Kelly call Robby Mook,” read a bullet point from an internal DCCC memo leaked to the Observer from Guccifer 2.0. It was under short term and long term notes in a memo entitled “South Drilldown Action Items,” dated June 22, 2015. The action item refers to Kelly Ward, executive director of the DCCC, to call Clinton’s campaign manager in reference to strategy in the 13th Congressional District in Florida. “Talk to Clinton campaign about their targeting in Florida,” read another action item listed under Florida’s 26th Congressional District.

The memo provides more insight into how a Clinton win was viewed by Democratic Party leaders as inevitable. The Democratic Party belongs to Clinton, and she will determine the direction it goes, was the prevailing attitude—despite Sanders’ emergence as a viable contender for the Democratic presidential nomination.

This leak is the first to directly connect the Clinton campaign with Democratic Party leadership—aside from Clinton’s general counsel, Attorney Marc Elias, giving advice to DNC staff on how to smear and discredit Sanders’ campaign. Though the Vermont senator worked to incite a “political revolution” to help progressive candidates in the Democratic Party get elected across the country, the memo reveals that even before the primaries began, the DCCC functioned as an apparatus working in tandem with the Clinton campaign.

From leaks released by Guccifer 2.0 and WikiLeaks so far, it is apparent the Democratic Party anointed Clinton as their nominee, and worked behind the scenes to manufacture support for this coronation in opposition to Sanders’ candidacy. Clinton was the party insider, and Sanders was treated as an unwelcome outsider, despite the DNC Charter demanding neutrality to ensure voters make a free and fair choice for the Democratic Presidential nominee, rather than have the Democratic Party select one for them.

The rigging of the Democratic Presidential Primaries for Clinton was evident as early as June 2015, when Politico reported DNC Finance Chairman Henry R. Munoz III was helping to organize a fundraising event for Clinton in San Antonio, blatantly violating the DNC Charter.

Now, additional releases are providing further evidence on how Democratic Party officials were tipping the scales for Clinton. Leaks released by Guccifer 2.0 to The Hill in July reveal a DNC memo was sent in March 2015, advising Clinton campaign operatives to legally solicit Clinton SuperPACs. DNC memos dated May 2015 specifically referred to Clinton as the nominee, and included strategies on how to prepare Clinton for the general election, as well as plans to “use specific hits to muddy the around ethics, transparency, and campaign finance attacks on HRC,” by manipulating media coverage. DCCC memos dated January 2015 also refer to Clinton as the nominee.

The WikiLeaks release of nearly 20,000 DNC emails provided a glimpse into not only the open disdain for Sanders and his supporters within the DNC, but the pro-Clinton agenda and environment harbored within the DNC by Clinton’s 2008 campaign co-chair, Wasserman Schultz.

The corruption and circumvention of the rules that Clinton exercised as secretary of state, as exposed in email releases and the repeated lies she used to defend her private server, extended from Clinton’s service at the State Department to her presidential candidacy within the Democratic Party. As far as democracy is concerned, Clinton is an illegitimate nominee, as Sanders not only had to run against Clinton, but the entire Democratic Party.

The Democratic Party has an obligation to promote and expand democracy within their primaries, but as more leaks are released, it is becoming abundantly clear the party values its own agenda over voters’. 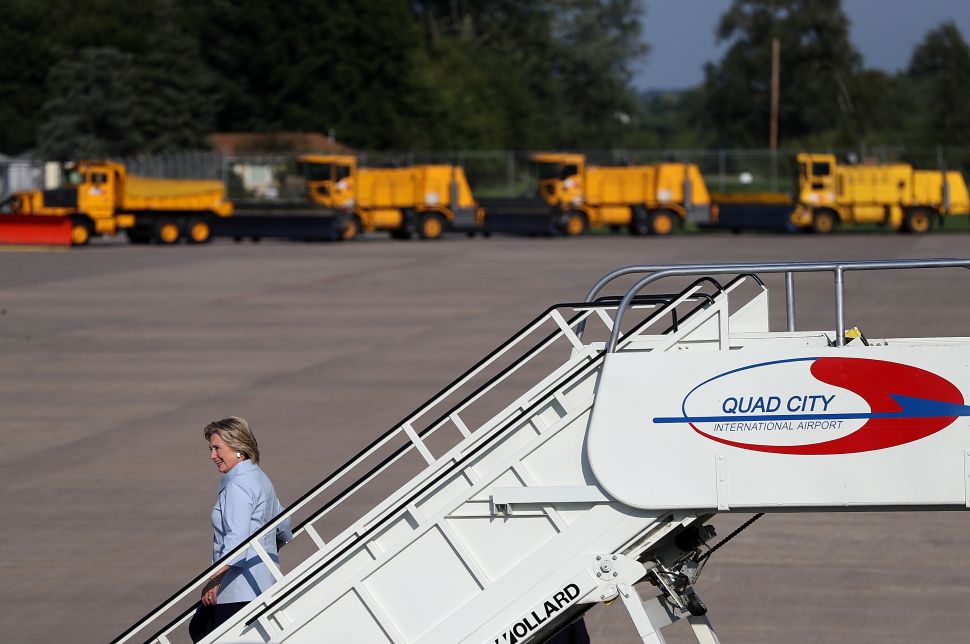