It seems that barely a week goes by without a new and troubling revelation emerging related to the Iran Deal. Most recently, we learned from the Institute for Science and International Security (ISIS) that Iran was allowed to selectively violate several provisions of the Joint Comprehensive Plan of Action (JCPOA) in order to meet the conditions necessary for the Islamic Republic to begin receiving relief from economic sanctions.

The falsehoods that characterize the Deal actually predate the agreement itself. As far back as December 2013, President Obama said that Iran did not need its fortified underground nuclear facility in Fordo, nor its facility in Arak. But the White House must have known that at virtually the same moment, the P5+1 was concluding negotiation of an early draft of the Iran Deal in which Iran was allowed to keep both facilities, albeit with some restrictions.

Barely three months before the JCPOA was concluded, we heard from Deputy National Security Advisor Ben Rhodes that the agreement would guarantee “anywhere, anytime, 24/7 access” to Iran’s nuclear facilities. That, we later heard from Rhodes himself, was also not true (he claimed they had never sought such a regime).

Once the JCPOA was revealed to the public, the White House went to great pains to talk up the agreement’s inspections regime.

Around the same time, President Obama declared that sanctions on Iran, “…for its support of terrorism, its human rights abuses, its ballistic missile program, will continue to be fully enforced.” And in congressional testimony, Secretary of State Kerry affirmed that sanctions on the Iranian ballistic missile program would continue unchanged, saying, “the exact same language in the [previous] embargo is in the agreement with respect to [missile] launches.” We later learned, though, that the language (which would become UN Security Council Resolution 2231) had been softened from a previous resolution, giving the administration cover for not vigorously responding to the missile test violations that later occurred.

Once the JCPOA was revealed to the public, the White House went to great pains to talk up the agreement’s inspections regime. As part of the Iran Deal, the president said, “…inspectors will also be able to access any suspicious location.” We now know that Iran was allowed to use its own personnel to inspect Parchin, a key site believed to have been involved in nuclear warhead development. (It’s also worth noting that the “self-inspection” was the result of a secret side deal between Iran and the IAEA that the White House didn’t initially disclose to Congress.)

It had been longstanding U.S. policy that Iran would be required to own up to its previous weaponization activities in order to reach any kind of nuclear agreement whatsoever. Speaking to PBS in April 2015, Secretary Kerry said of this acknowledgment, “They [Iran] have to do it. It will be done. If there’s going to be a deal; it will be done … It will be part of a final agreement. It has to be.“ But several weeks later, Kerry was singing a different tune. “We’re not fixated on Iran specifically accounting for what they did at one point in time or another,” he said, without explaining this massive policy shift.

More recently, we learned from German intelligence that over at least the last year, Iranian proxies sought dual-use technology with both missile and nuclear applications, in contravention of UN sanctions. And ISIS (the think tank) issued another report around the same time indicating that Iranian businesses were attempting to acquire carbon fiber, which has both nuclear and missile applications. The State Department waved off the former report and seemed to ignore the latter.

In a rare moment of candor while speaking to the New York Times, Rhodes reveled in how skillfully the White House was manipulating public opinion.

In a rare moment of candor while speaking to the New York Times, Rhodes reveled in how skillfully the White House was manipulating public opinion. Casually divulging his view of the press corps, Rhodes said, “The average reporter we talk to is 27 years old, and their only reporting experience consists of being around political campaigns … They literally know nothing.” To ‘educate’ them, he built an “echo chamber,” into which the White House produced experts that said exactly what the White House wanted them to say.

So the administration has repeatedly been caught misrepresenting the content of the Deal, its negotiated terms, and even how it sold the agreement to the public. When instances of violations come to light, the administration’s response is nothing short of willful ignorance. In the waning months of the president’s term, it seems fair to wonder: How can we trust that anything we’re hearing about the supposed success of the JCPOA?

As it has frequently done in the past, Congress should hold the White House to account by independently verifying Iran’s compliance with the Deal. Only an ad hoc verification mechanism — supervised by the Legislative Branch and providing a check on inaction by the Executive — can give the American people confidence that Iran is living up to its obligations.

Marc C. Johnson is a consultant and former CIA operations officer who has worked extensively on Iran and WMD-proliferation issues. He can be reached on Twitter @BlogGuero. 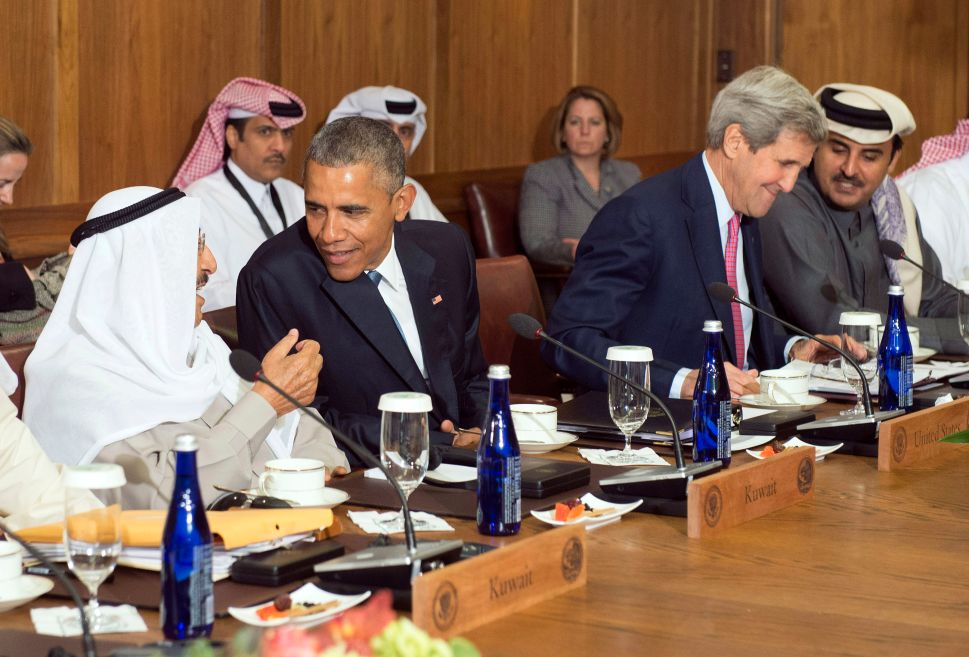