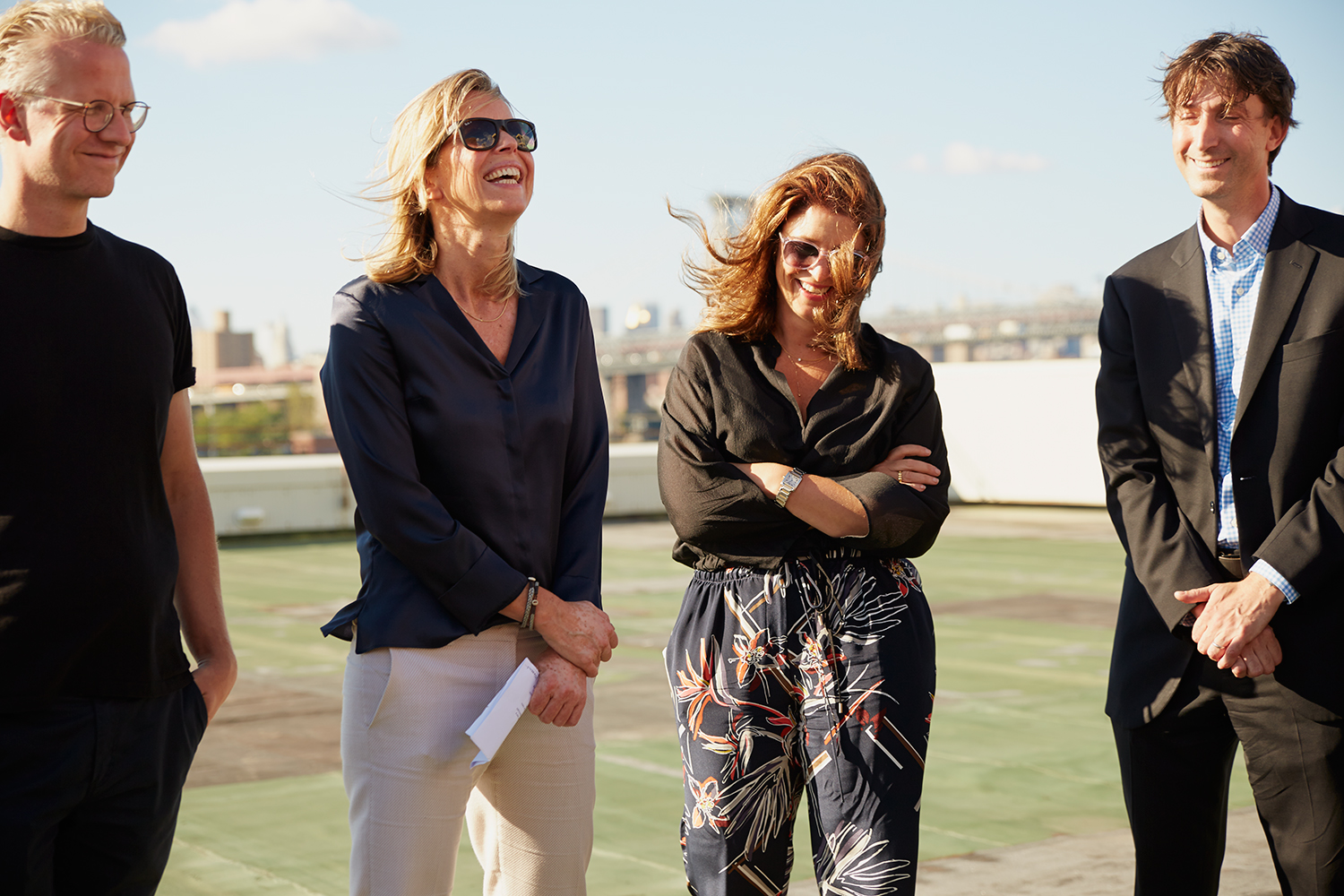 On a windswept roof in the Brooklyn Navy Yard, two deputy mayors stood among several men in suits (and a start-up leader in short sleeves). They both wore elegant blouses that fluttered in the breeze and pants that gave way to open-toe wedges. Their toenails, one of them noted, were painted the same color (dark blue).

The cities Alicia Glen and Kajsa Ollongren serve—New York and Amsterdam—have a history dating back to when the borough they were visiting was spelled Breuckelen, so perhaps it’s no surprise that the two women, who are almost the same age (50 and 49, respectively) and both oversee economic development for their City Halls, hit it off after meeting a year ago when Glen and Ollongren visited each other’s cities. They’re a little bit like Veep’s fictional frenemies U.S. President Selena Meyer and Finnish Prime Minister Minna Häkkinen, except the two real-life pols actually like each other.

“I think one thing was what you said when you were in Amsterdam—‘I just want to make shit happen,’” Ollongren remarked, to Glen when asked what the two officials had in common. “I will never forget that, because I think that is exactly what I want.”

Working in government can mean sitting through a lot of “ceremonial discussions,” Glen acknowledged, especially when it comes to things like trade missions and international relationships.

“We wanted to make a real difference in our cities…and I sort of sensed that when we first met,” Glen, a fast-talking former Goldman Sachs exec, said. “And then we thought: what are the things we can actually do together? And now we’ve actually done a few things, and it’s just the beginning.”

One of those things they’ve done together is what brought them to the Navy Yard: B. Amsterdam, Europe’s largest business incubator, is opening its first American outpost there.  Glen said it was important for the city that its first European country come from a place that shares New York’s values. Asked to elaborate on what their cities have in common, both women cited things like progressive politics, tolerance, openness, and a willingness to innovate—with Glen noting that when it comes to big ideas, “it’s not about nations anymore—it’s about cities.”

“I think the other thing we both feel strongly about is that you can have progressive policies, but you can be pro-business,” Alicia said.

Still, their cities—and plenty of others—have struggled to adapt to some businesses, particularly those bold-faced names of the “sharing economy”: Uber and Airbnb. So they set up a meeting with other cities to try to set up frameworks for them—sets of common principles for negotiating with these global companies.

“It’s easy to complain about the issues you have with Airbnb or Uber, et cetera, and it’s more difficult to find common ground—and I think thats’ what we did: we found common ground, and we sort of succeeded in stating principles from which you could work,” she said, citing issues like social values, environmental issues and safety concerns. “If that’s common ground, then you have to deal with it in more or less the same way, all of us, and that could make it easier. We’re still not there, but I think we’ve found something that could be interesting.”

“We want to embrace a disruptive and changing economy,” Glen said, sounding far away from the rhetoric her boss Mayor Bill de Blasio used in a battle he lost to Uber last summer, “but there’s also a really important role for government to be at the table—and I think that we’re stronger in numbers.”

Beyond shared philosophies, there might be another reason the two hit it off: they’re both women doing the same job. Do they think of themselves as women in a patriarchy, or is the makeup of government changing around them? They hadn’t discussed it, Ollongren said. They ought to, Glen responded, over a glass of wine.

“It’s true that I see more men than women in my job, in the positions where you actually—where you make the decisions,” Ollongren said. “And I think it’s important that there’s more women there. And I think it’s also important to show  that it doesn’t… make a difference in a way. There is no reason why there are less women in these decision-making positions…no reason at all.”

“It’s pretty great to know there’s somebody else who can often be the only woman in the room. And again, not that you have a secret Bat-phone like, ‘Oh my God, what do you do with these powerful men?’ ” she joked. “But I do think strength is in numbers and I think it’s important to send a signal to the business community, which is also global, that women are players and that we’re here to stay.” 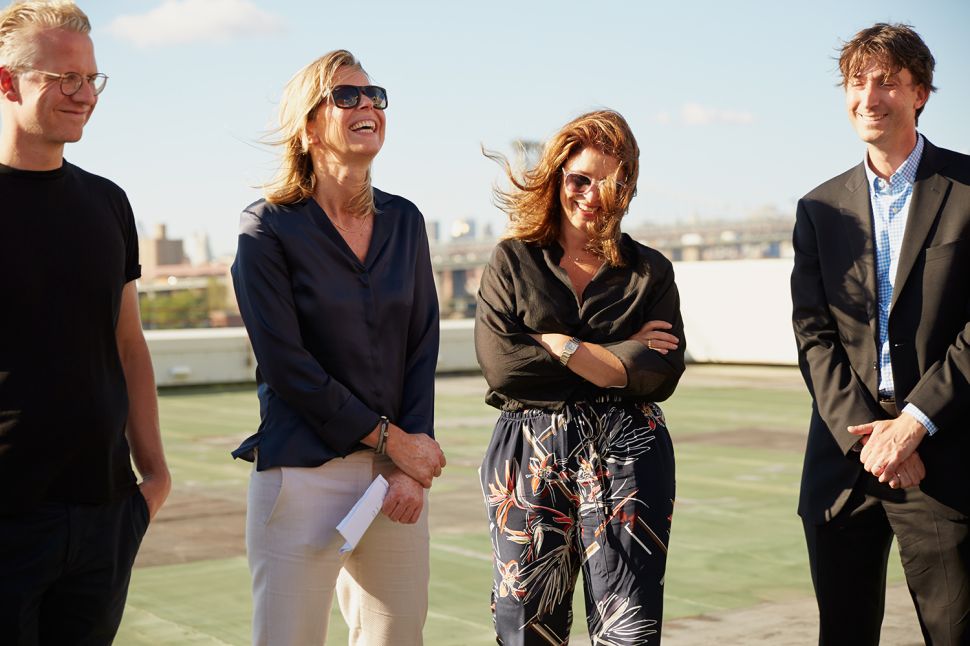