There are no statistics to cite, but the problem is nevertheless on the verge of becoming a full-blown epidemic: people will not shut the fuck up at concerts.

Music is being battered from all sides these days, thanks to the decline of album sales and the rise of piracy, and the fragmented audiences distracted by amusements other than music.

So great is music’s plight that one can almost feel it being devalued in real time (single-week juggernauts like Adele notwithstanding), dismissed and downgraded as just another distraction in a society overflowing with them.

Theoretically, a live concert is where a person, who is a fan of said artist on stage, goes to hear songs performed. Whether it’s a freshly released album, or a victory lap celebrating past accomplishments, the goal is the same: appreciate what’s happening in front of you, an event that cannot be duplicated or recreated at home.

Yet, I’ve found myself, increasingly, in situations where I’ve had to struggle to hear much of anything over the incessant chatter of those seated or standing around me.

And let’s be clear: I’m not asking for a monastic vow of silence when stepping inside a venue. Some small, hushed exchanges are unavoidable and understandable, as are shouts of joy, clapping or other, normal displays of admiration used by humans in such settings.

As music has undergone its sea changes in the last decade, a generation that only knows music as one of a host of distractions now sees what was once something to be consumed and considered as a singular event as part of humanity’s wall of noise.

But when the bulk of a conversation is just (loudly) catching up on the day or gossip that might be better saved for the post-show nightcap, then we have a problem.

At a recent My Morning Jacket show in Dallas, my view, for the first half-hour of a two-hour set, was of the two gentlemen in front of me—facing each other, mind you—whose conversation was pitched at such a volume that I could hear them—clearly—above the amplified rock band on stage behind them. (An admittedly impressive, albeit irritating, feat.)

I wasn’t the only one bothered by the pair’s constant prattling—a couple people on either side of me asked them to keep it down, which was greeted with dismissive eye-rolls and chatter continuing apace. Eventually, the conversation petered out, but only because the band began playing a song one of the men was excited to hear—which sort of underscored the whole irony of the episode: Isn’t that why you’re here to begin with?

It also makes clear the role music plays for what seems to be an increasingly large chunk of the population.

As music has undergone its sea changes in the last decade, a generation that only knows of music as one of a host of distractions—competing with YouTube, FaceTime, Netflix, you name it—what was once something to be consumed and considered as a singular event has become part of humanity’s wall of noise.

Finding venues where a premium is placed upon the performer, rather than the audience, is still possible—much to my amazement, Billy Joel’s August performance at Madison Square Garden was free from any nattering nabobs—but increasingly, such experiences feel like the exception, rather than the rule.

What’s most frustrating is that those who most need to understand the communal power of watching, say, Sufjan Stevens work through intensely emotional and poignant songs in a stillness befitting a cathedral, are often nowhere to be found.

Seeing, hearing and feeling music in such a way as to be stopped in your tracks remains one of the few media exchanges mostly unpolluted by the 21st century.

Sure, there are assholes with smartphones or iPads trying to document the moment, but increasingly, artists who want to preserve that sacred space, or some facsimile of it, are taking what some perceive as draconian steps to deter some audience members from ruining it for others.

It’s probably a step too far for artists to impose outright speaking bans—although someone like Neil Young has probably thought long and hard about how to pull something like that off—but maybe a request to tone down talking wouldn’t be such a bad idea.

Something needs to be done to reclaim the concert from those who are either oblivious or who simply don’t care.

Anyone can listen to music as background filler—songs streaming on repeat, or YouTube left open and filling the air as life goes on around it—but showing up at a concert is to make the commitment to being in the same room as the musician or musicians making the art to which you responded enough to justify spending hard-earned money on a ticket.

For some music fans, there might be enough discretionary income to attend just a handful of shows each year. For those people, if not for the rest of us, I beg of you loud, aggravating chatterboxes: Shut the fuck up. 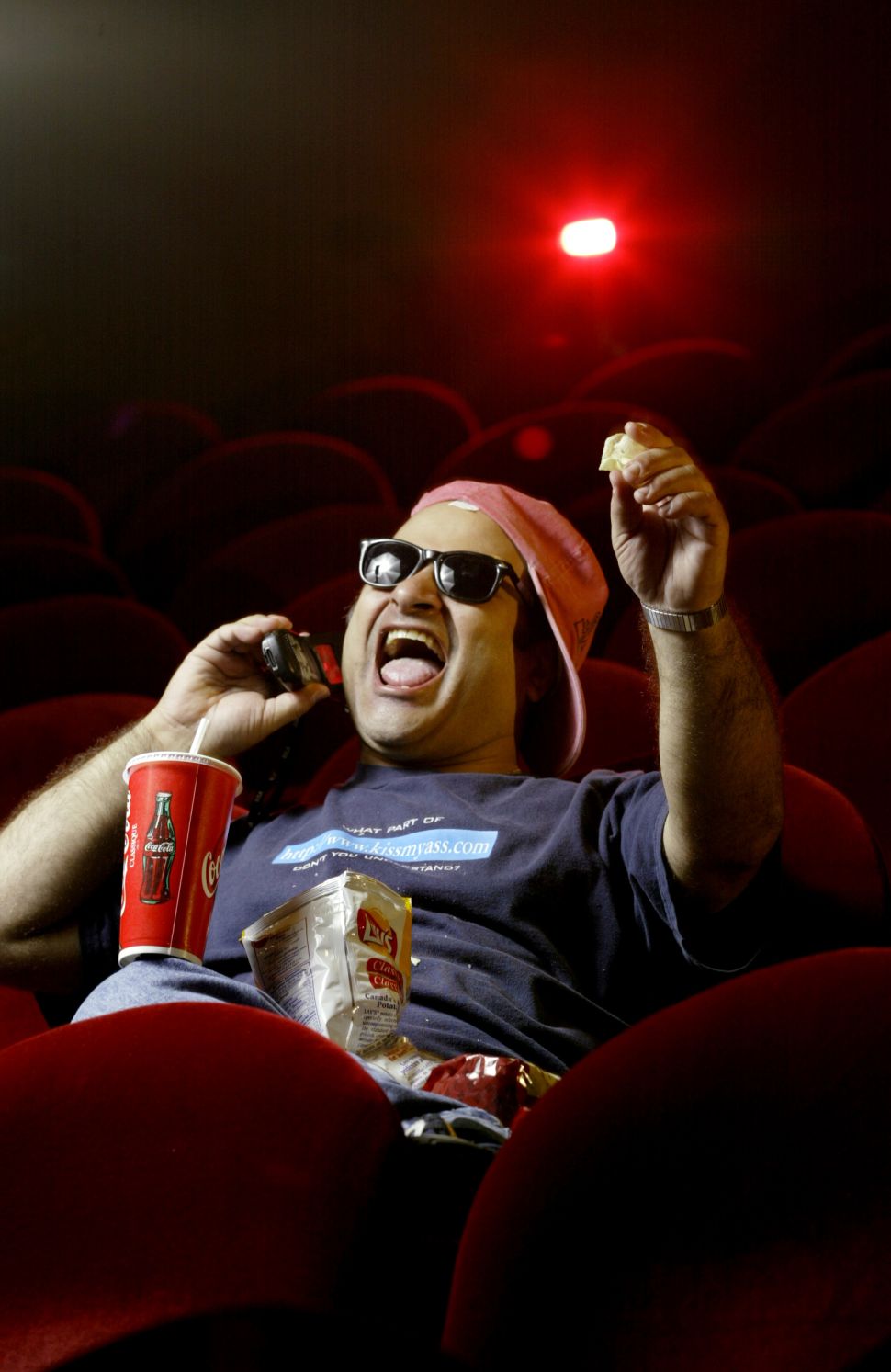