It’s Friday, the start of a long holiday weekend in New Jersey, where Senate President Steve Sweeney appears in no rush to revive the moribund state Election Law Enforcement Commission. The news come on the day when both the Star-Ledger and NJSpotlight take a look at the worries over the possibility of voter fraud in the coming election, and what to do about it. And dirty tricks aren’t waiting until November, with one county prosecutor telling vandals to step away from the campaign signs of presidential candidate Donald Trump, according to the Asbury Park Press. For this and more of the state’s political news, read on.

Quote of the Day: “We’ve reviewed some candidates, we’re vetting them and we’ll put them up them up when we’re ready,” – Senate President Steve Sweeney, on Democratic nominations to the state Election Law Enforcement Commission.

N.J. watchdog group’s policing ability hangs in limbo
The New Jersey watchdog agency that polices lobbyists and campaign financing has largely been stripped of its power to punish offenders because of a feud between Gov. Chris Christie and Senate President Stephen Sweeney over filling vacancies on its board.
Matt Arco, NJ.com Read more

Vote fraud: It can happen here
There’s a movement afoot to make voting easier and easier. Some are even suggesting that we should be able to vote on the internet.
Paul Mulshine, The Star Ledger Read more

Armed Men Once Patrolled the Polls, Will They Reappear In November?
In the 1981 election for governor of New Jersey, the Republican National Committee spent $75,000 to ostensibly prevent voter fraud by dispatching teams of off-duty police and sheriff’s officers to voting precincts in black, Hispanic and Democratic neighborhoods.
Matt Katz, NJSpotlight Read more

Is your kid in the right car seat? 6K tickets issued under N.J.’s new law
New Jersey implemented one of the toughest child car seat laws in the nation last year and dramatically increased fines for motorists caught with kids unbuckled or in the wrong seats.
Kelly Heyboer, NJ.com Read more

N.J. paid $2.3M too much to hospitals, audit finds
The state should recoup the $2.27 million it mistakenly paid out to 15 hospitals as an incentive to use electronic medical records, according to an inspector general’s report.
Susan K. Livio, NJ.com Read more

Piano tuner’s fight to save A.C. home isn’t over yet
A state agency that lost its bid to seize the home of piano tuner Charlie Birnbaum in state Superior Court last month plans to continue its lengthy legal battle to acquire the Oriental Avenue property.
Erin O’Neill, NJ.com Read more 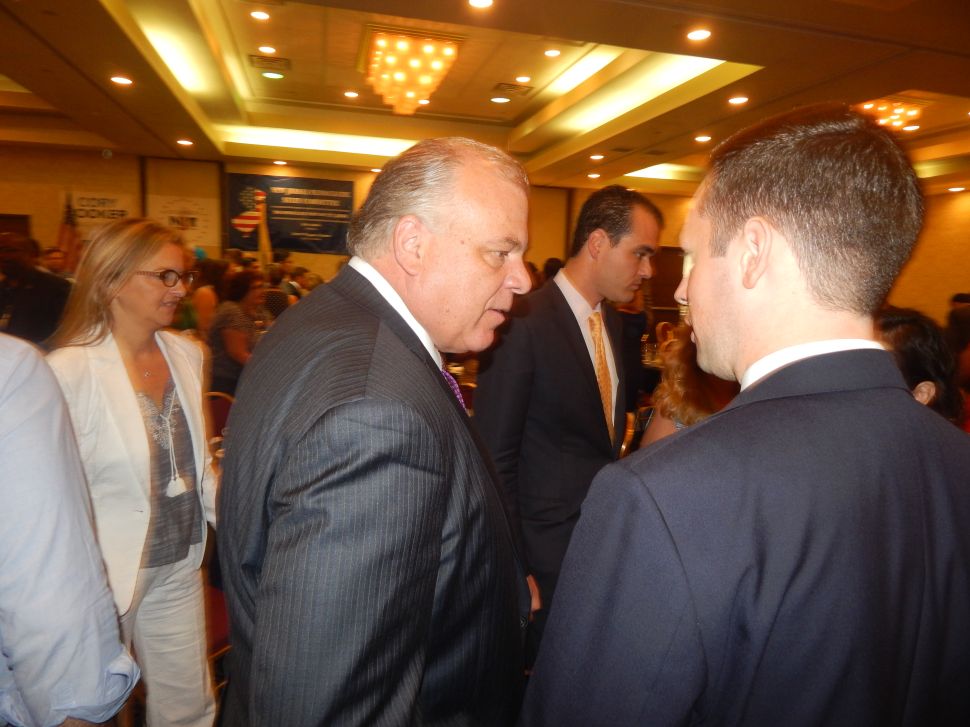