It’s Friday, and editorial writers and columnists across the state are weighing in on Thursday’s Hoboken train crash and what parts money, politics and general neglect might have played in the tragedy.
The crash overshadowed David Wildstein’s ongoing testimony in the Bridgegate scandal, as cross-examination revealed news layers of political dealing at the Port Authority, more people who allegedly knew about the real reason behind the scandal and more dirty tricks by the state’s star witness.
And political junkies are still trying to sort out how the political pieces have fallen following Steve Fulop’s decision to avoid next year’s gubernatorial fray, and what it means for the Jersey City mayor’s future career and the first announced entry of a Republican hopeful might shape events.
For all this and more, read on.

Quote of the Day: “There is technology to prevent things like this. There’s a cost to safety and we need to pay the cost,” – Senate President Steve Sweeney, on technology that could have prevented Thursday’s train crash.

Opinion: Why did transportation experts warn of a crash at NJ Transit?
Everything written about NJ Transit in the foreseeable future is likely to be viewed in the context of the Hoboken tragedy, so we start with this disclaimer: No one knows what caused the crash, and we trust the Legislature will do the right thing by investigating it thoroughly.
Star-Ledger Editorial Board Read more

Opinion: Hoboken crash is tragic reminder that rail safety has to be a top priority
The deadly train crash at Hoboken Terminal Thursday morning is, of course, a human tragedy. At least one person has died; more than 100 people were injured, many critically. An NJ Transit Pascack Valley Line commuter train barreled into the station during rush hour. People were thrown, part of the station structure collapsed and tens of thousands of commuters will be affected for days, if not weeks to come.
The Record Read more

Christie and Cuomo tackle train derailment, together
After a New Jersey Transit train derailed Thursday morning in Hoboken — the latest in a series of train derailments to afflict the greater New York transportation system — New Jersey Governor Chris Christie and New York Governor Andrew Cuomo said citizens could take some solace in at least one thing: the two of them work well together in times of crisis.
Dana Rubenstein, Politico Read more

Baroni attorneys grill Wildstein on past political stunts
Lawyers for Bill Baroni continued to impugn the credibility of David Wildstein, the government’s chief witness in the trial over the George Washington Bridge lane closures, accusing the former Port Authority official on Thursday of changing his story and engaging in a long history of political stunts.
David Giambusso, Politico Read more

Defense grills Wildstein at Bridgegate trial
Defense attorneys grilling key Bridgegate witness David Wildstein for a second day repeatedly questioned whether he changed his stories about his involvement in the scandal as the federal investigation was underway — including details of a meeting at which he claimed Gov. Chris Christie was first told of the scheme.
Ted Sherman and Matt Arco, NJ.com Read more

Defense works to poke holes in Wildstein’s testimony
Defense attorneys in the George Washington Bridge lane closure trial plan to step up their challenge on the credibility of the government’s key witness as they work to clear Governor Christie’s two former allies.
Peter J. Sampson, The Record Read more

Money and Sand: Will There Be Enough For NJ Beaches?
Even before hurricane Hermine threatened to strip New Jersey’s beaches yet again late last summer, skeptics questioned how the state and Army Corps of Engineers can commit to spending nearly $2 billion in beach replenishment through the mid 21st century.
Kirk Moore, NJSpotlight Read more

Handicapping the Democrats in the N.J. governor’s race now that Fulop’s out
Jersey City Mayor Steve Fulop may have taken himself out of the running for the 2017 governor’s race, but Democrats are likely to still have a choice of candidates competing in the primary election next year.
Brent Johnson and Susan K. Livio, NJ.com Read more

With Fulop out, Murphy hopes to woo North Jersey Dems
Now that Jersey City Mayor Steve Fulop has quit his campaign for governor before it officially began, it falls to first-time candidate Phil Murphy to try to consolidate support among the disparate Democratic factions in northern New Jersey.
Matt Friedman, Politico Read more

Fulop, thwarted by ambition, clears a path for Murphy
The epic rise and fall of Jersey City Mayor Steve Fulop reached a new low Wednesday when he stood in front of city hall and surrendered his ferocious ambition to become New Jersey’s next governor.
Tom Moran, Star-Ledger Read more

Fulop Departure Reshapes Democratic Race
Then there were two — or is it five?.
The surprising announcement yesterday by Jersey City Mayor Steve Fulop that he would not be running for governor in 2017, after years of laying groundwork, was met with shock. The widely anticipated gubernatorial race has yet to really start but the withdrawal of Fulop, expected to be a frontrunner, has already changed its dynamics.
Chase Brush, NJSpotlight Read more

7 things that worked against Fulop’s bid to be N.J.’s next governor
Jersey City Mayor Steve Fulop’s surprise announcement Wednesday that he was abandoning an anticipated run for governor shocked even his closest allies, who said they didn’t see it coming.
S.P. Sullivan and Brent Johnson, NJ.com Read more

Overhaul coming on NJ student loan forgiveness
After the death of a child, there is a list of grief-stricken tasks a parent must perform: notifying relatives, planning a burial, canceling credit cards. In the state of New Jersey, the list sometimes also includes continuing to pay student loans.
Brandon Scalea, Asbury Park Press Read more

Somerset freeholders approve county flood buyout plan
Hurricane Floyd hit Bob Kaminski’s home in the Lost Valley section in the borough in 1999, flooding the first floor. Then his house flooded again, and again, until eventually Kaminski put so much work and repair into his home that he spent more than what he bought it for in 1973.
Nick Muscavage, Home News Read more

CNN gets Montville students opinions on Clinton, Trump
Students at Robert R. Lazar Middle School are too young to vote but a national news network was interested in their opinions on the presidential candidates.
Daily Record Read more

Paterson teachers’ union votes ‘no confidence’ on schools superintendent
In the latest salvo in the ongoing battle over school security cuts, the teachers union on Wednesday passed a “no confidence” resolution regarding state-appointed superintendent Donnie Evans.
Joe Malinconico, The Record Read more

Opinion: Fulop’s star dims
Politics are relentless. They’re a 24/7 proposition. That’s certainly the case in New Jersey. So while eyes have been focused on a federal courtroom in Newark, as the Bridgegate trial continues to erode the facade of the Christie administration, the race for Christie’s replacement is well under way. On Wednesday, the Democratic field winnowed down.
The Record Read more 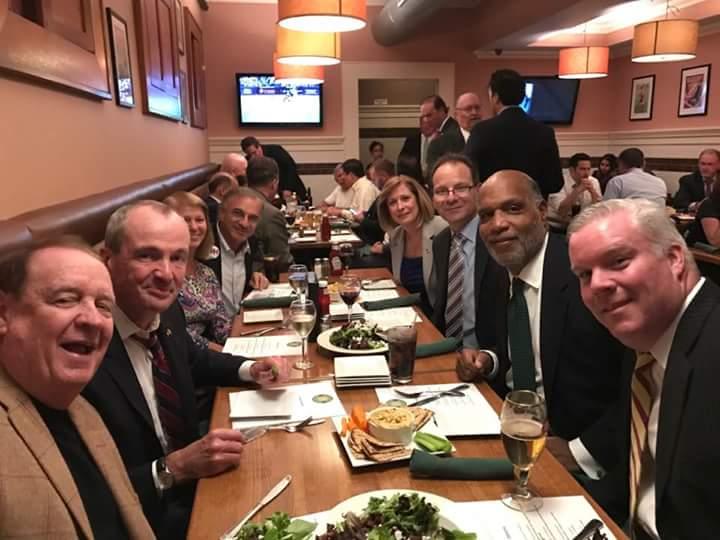