The establishment of the Democratic Party coalesced around Hillary Clinton’s candidacy throughout the Democratic Primaries, despite Bernie Sanders emergence as an appealing candidate with broad appeal who many believed would have provided a sharper contrast to Donald Trump in the general election. An angle of Clinton’s coronation as the Democratic Party nominee was to provide an unabated defense of Hillary Clinton’s use of a private e-mail server during her service as Secretary of State. Despite revelations released by the State Department Inspector General and FBI Director James Comey that exposed the lies Clinton repeatedly used to inoculate herself from scrutiny, establishment Democrats continued dismissing the FBI Criminal investigation and Clinton’s highly questionable conduct.

On September 22nd, the House Oversight and Government Reform Committee voted 19-15 along party lines to send a contempt resolution to the full House of Congress in response to Clinton’s former technology aide, Bryan Pagliano, refusing to testify in contradiction to a subpoena. No Democrat voted in favor of the contempt resolution, even though Pagliano twice defied a congressional subpoena. Their arguments revolved around the same right wing conspiracy narrative Democrats have continued using since the private e-mail server was first discovered.

This comes shortly after the House Oversight and Government Reform Committee told Reddit to preserve posts alleged to have been written by Hillary Clinton’s network host at Platte River Networks, Paul Combetta. In the posts, Combetta asked for advice on how to delete or alter “Very VIP” e-mails under the username “StoneTear.” The same username has been linked to several of Combetta’s accounts online and his Facebook page. This latest revelation suggests Combetta attempted to cover-up incriminating or embarrassing e-mails after a subpoena was issued to preserve all e-mails from Hillary Clinton’s private server.

When Democrats won’t vote with Republicans even after someone defies a subpoena twice, it creates further gridlock and dysfunction in congress. Holding elected officials accountable shouldn’t be about partisan politics. Pagliano broke the law in ignoring the subpoena. Regardless of how Democrats feel about the veracity of the continued investigation into Hillary Clinton’s private e-mail server, which should be standard given that there was just a FBI Criminal Investigation into a Secretary of State, allowing the subpoena to be ignored without any sort of reprimand is not the forum in which to exercise those right wing conspiracy sentiments.

The Democrats in office are some of the few people blindly defending Hillary Clinton and every lie she tells to divert attention away from the private e-mail server investigation. “She lied repeatedly about her emails,” wrote Marc A. Thiessen for the Washington Post. “She lied when she said she had “turned over everything I was obligated to turn over” (FBI Director James Comey said the FBI “discovered several thousand work-related e-mails that were not among the group of 30,000 e-mails returned by Secretary Clinton to state in 2014”). She lied when she said there was “no classified material” in her private emails . . . that there was nothing “classified at the time” . . . and that there was nothing “marked classified” in her private emails — all of which the FBI director said were untrue. And, to top it all off, she lied about her lies — declaring on national television that “Director Comey said my answers were truthful, and what I’ve said is consistent with what I have told the American people” — a claim the Post’s Fact Checker gave “Four Pinocchios.”

Thiessen cited a recent NBC poll that found only 11 percent of Americans find Hillary Clinton honest and trustworthy. And Democrats, Hillary Clinton included, wonder why she isn’t “50 points ahead of Donald Trump.” It’s because she is a terrible presidential candidate that the establishment of the Democratic Party have propped up, pushed for, and repeatedly defended as an infallible only option. The impunity Clinton’s fellow Democrats shield her with will only embolden the distrust most Americans feel for Hillary Clinton and continue undermining congress’ ability to get anything meaningful done for the American people. 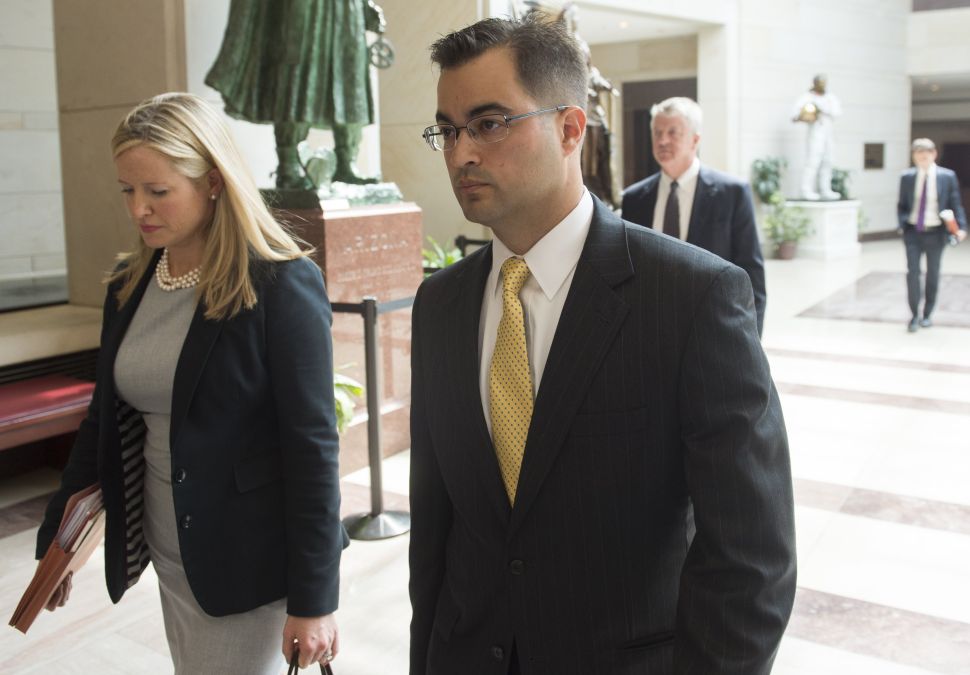