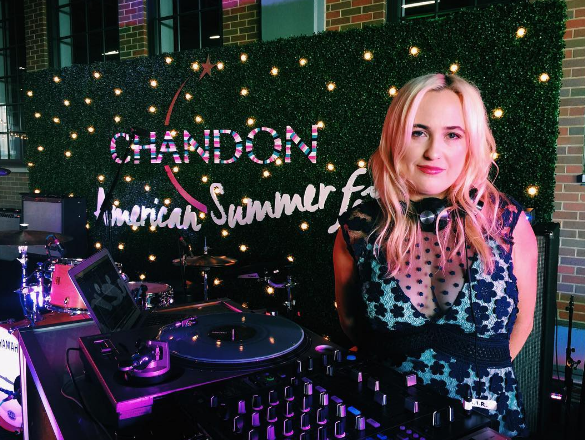 Jilly Hendrix is the ultimate multi-hyphenate. The DJ/podcaster/comedy writer runs the Instagram account “notes2myselfie,” where she writes about dating in New York, all on iPhone notes. It’s a simple enough idea, but her posts touch on finance bros, endlessly swiping and weddings in a relatable way.

Hendrix grew up in Laguna Beach, where she was close friends with reality star Lo Bosworth, of Laguna Beach fame. The two now have a podcast called Lady Lovin, with New York friend Greta Titelman. “We talk about relationships, health, saving money, being in your 20s, the transition to your 30s, just kind of how to manage it all,” she explained, mentioning guests including the founder of Birchbox, the founder of organic tampon line LOLA and a gynecologist.

Hendrix now splits her time between DJing and writing notes for the week ahead, jumping between Manhattan and Los Angeles. She plans on eventually picking the top notes and writing in-depth essays about what inspired them for a future book. Unsurprisingly, the majority of her followers are women. Checking the account’s analytics over lattes at Cha Cha Matcha, she found it was 91 percent women, all between the ages of 25 and 34.

She describes her followers as women who are “dating and looking for relationships–something serious.” Her obsession with sharing anecdotes about dating as a millennial is personal. When asked if she uses dating apps, her immediate response was “Always.”

This autumn Hendrix will be giving advice about looking for relationships by app at Soho House. “It’s going to focus on modern relationships and how we use dating apps to not meet people,” she said about the lecture series. “I feel like most people are on these dating apps and they’re talking to like so many people, yet they never really have a real connection.”

Hendrix has been using The League most recently, despite never attending an Ivy League school (in fact, most on the app haven’t). While The League is curated, and only gives users a few matches daily, it’s more curated than, say, OkCupid, which she’s never signed up for. Still, she finds them all to be exactly the same. “Everyone is on everything, it’s literally the same people,” she said, exasperated.

Hendrix sometimes feels the same way about finding the same posts on Instagram accounts, when they re-post the same tired content, but feels they’re improving. “I love people that use Instagram to create their own writing or memes or comics instead of just reposting other people’s stuff,” she said. In the past, she’s partnered with Brooklyn Cartoons to create original illustrations using her notes.

Both her podcast and Instagram account focus on the difficulties that accompany using dating apps, along with “jokes about being drunk and making stupid decisions. “The majority of comments on notes2myselfie are “relatable,” “accurate,” or “this came from my soul,” she said–proving that she certainly isn’t the only woman in New York facing serious dating problems. 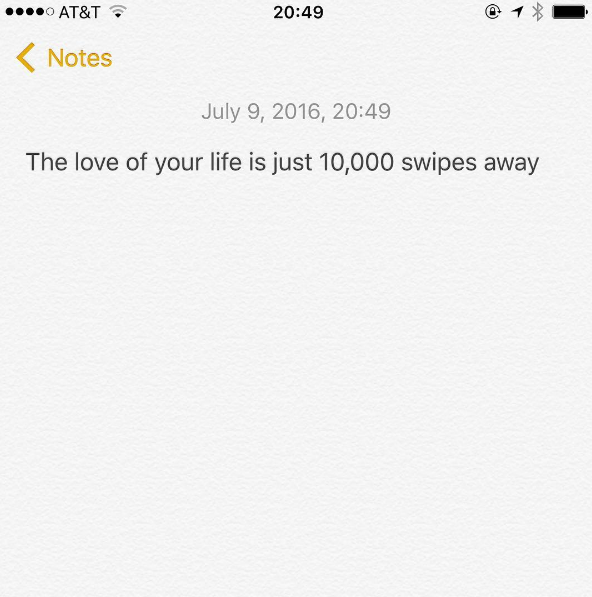