In war, it is not truth that is the first casualty. It is some hapless civilian.

Two million residents of Aleppo are without . The latest aid convoy, which would have supplied a modest amount of food to 25 percent of the city’s residents, was blown apart.

At the United Nations, the American ambassador, Samantha Power, blames the Russians and their Syrian client for the attack. The Russian ambassador points his finger directly back at the Americans.

Meanwhile, Syrian civilians are once again caught in the seemingly unrelenting crossfire between those trying to defend the regime of strongman Bashar al-Assad and those trying to overthrow it.

The only seemingly objective observations about the crisis came from the UN Special Envoy to Syria, Staffan de Mistura, who noted that war, even an inevitable and protracted war, will not resolve the conflict, and America and Russia must work together to bring the suffering to an end.

Meanwhile, Syrian civilians are once again caught in the seemingly unrelenting crossfire between those trying to defend the regime of strongman Bashar al-Assad and those trying to overthrow it.

That will not happen. The Assad regime, with support from Iran and Russia, believes it can defeat the militias. The Russians have gone through the ritual of negotiating a ceasefire, which they are using for tactical advantage.

Having absorbed the avowed limitations of President Obama’s Syrian policy, the Russians have no interest in bringing the conflict to a negotiated end. They believe their client, Bashar al-Assad, can now win.

While the American media and the administration tug at our heartstrings with ubiquitous pictures of dead and wounded children, encouraging us to bring in Syrian refugees, there is little analysis of how Syria ended up with more than a third of its population streaming into Turkey and Europe as refugees or displaced domestically, hundreds of thousands of its people dead, and millions suffering from destruction and devastation.

The dictatorial and minority government of Assad failed to create much needed democratic reforms, which resulted in political unrest, demonstrations, and active violence between the regime and its opponents. Assad’s enemies were initially supported by the administration of President George W. Bush because Assad permitted Islamic militants to use Syria as a pathway to fight American troops in Iraq.

At the same time, the Sunni Gulf states perceived the conflict as an opportunity to challenge a Shiite minority government that dominated a Sunni majority. This was also a way to stifle Iran’s ambition to create a Shiite crescent from Iran to the Mediterranean.

The Obama administration embraced and extended the policies of the Bush administration toward Syria. As early as 2011, the United States began the covert transfer of Libyan arms to the Syrian opposition through Turkey.

We did not consider the consequences of a war without end, a brutal war that has resulted in hundreds of thousands of dead, and the lives of millions of the living destroyed.

Like Power, Clinton ignored the consequences for civilians of a military solution, especially when trying to oust a brutal dictator like Bashar al-Assad, who was backed up by powerful allies, Russia and Iran. Assad would have ignored civilian casualties under any circumstances, but as a Shiite waging war in a country with a majority Sunni population, Sunni civilians were viewed as potential enemies and treated as such.

Assad ruthlessly used heavy artillery against the opposition embedded in civilian areas without concern for civilian casualties. He used chlorine gas, outlawed by the Geneva Conventions, against civilians.

At the same time, the opposition is comprised of some of the most sadistic and brutal Islamist groups, including ISIS.

It is the civilians who are paying the price for a war we certainly encouraged and aided, even if we didn’t start it. We did not consider the consequences of a war without end, a brutal war that has resulted in hundreds of thousands of dead, and the lives of millions of the living destroyed.

This is the result of the arrogance of projecting power without consideration of the consequences for civilians of a war that was not necessary, could not be won, and would result in devastation to Syria’s civilians. Those results were not only predictable; they were also obvious. No one in the Obama administration wanted to hear that. 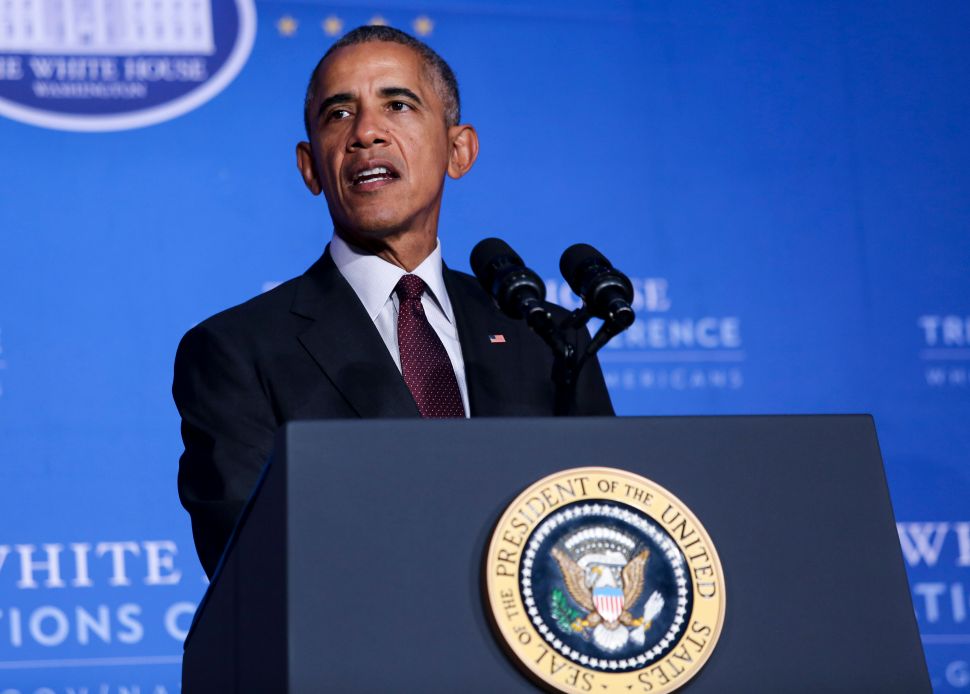