Of several medium-sized opera companies that have grown up in New York over the past few years, one of the most attractive is On Site Opera, a troupe dedicated—as their name implies—to performing in nontraditional spaces. Sadly, the growing list of this group’s successes will not include last night’s presentation, a double bill of one-woman operas that felt trivial, and—even clocking in at less than an hour of music—tedious.

Thursday night’s show took the unusual format of a gala involving a dinner with the mini-operas performed between courses. First came the Berlioz lyric scene La mort de Cléopâtre, a lofty depiction of the final moment of the celebrated Queen of Egypt. As the audience sat at banquet tables, the heroine (Blythe Gaissert) swept into the room in a trailing gown of champagne-colored charmeuse and full Elizabeth Taylor makeup. Her sultry mezzo took a moment to warm up, but after that she was in full regal command. Perhaps most impressively, she and conductor Geoffrey McDonald—leading a chamber orchestra tucked away in an alcove—maintained precise coordination throughout.

At first it seemed a bit odd to witness Cleopatra’s demise in the midst of more than a hundred onlookers. However, that famous lady did after all lead a very public and performative life, so it made some sense to imagine her preparing for suicide in a ballroom packed with her dearest friends. And Gaissert’s smoky voice provided plenty of pleasure as well.

Where the performance went off the rails, though, was in between entrée and dessert, when soprano Leah Partridge fluttered in to warble Dominick Argento’s overlong and cloying Miss Havisham’s Wedding Night. The libretto by John Olon-Scrymgeour is a wispy gloss on the character from Dickens’ Great Expectations, here not so much creepily eccentric as batshit gaga. To depict her mental state, the composer grafted extravagant flights of coloratura onto timidly atonal mid-20th century orchestral writing.

Partridge, with her wide vibrato and incomprehensible diction, dithered about quaintly for half an hour or more. My only takeaway from this piece was that, with all due respect to Marat/Sade, crazy people don’t really make for very good entertainment. 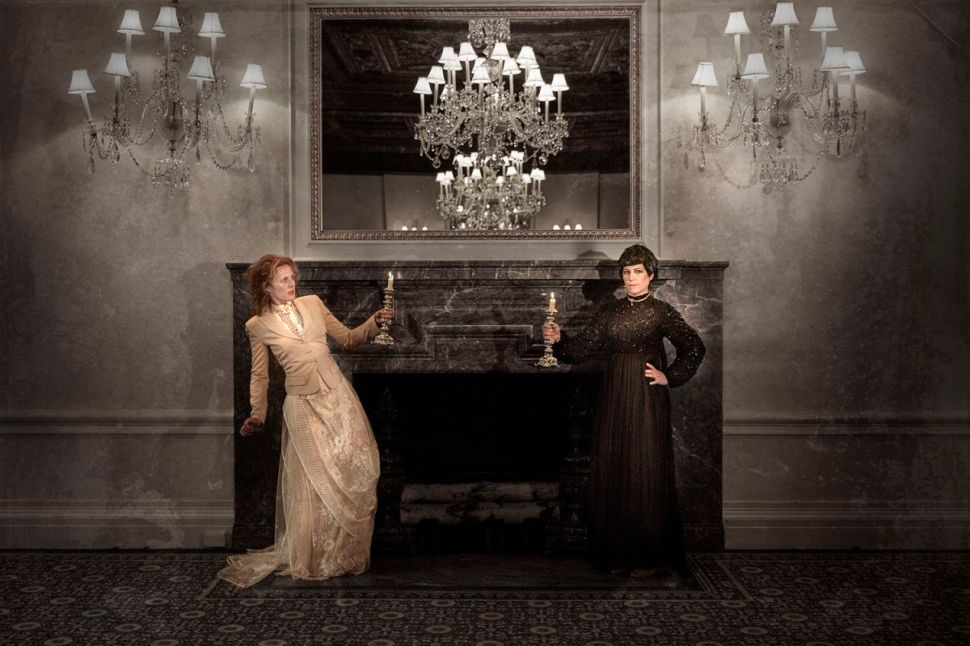