Maybe they should change the name of Grizabella’s big number to “Meme-ory.”

Grumpy Cat, the feline who became everyone’s favorite animal meme because of her permanently pained expression, will make her Broadway debut tomorrow night in the revival of Andrew Lloyd Webber’s Cats at the Neil Simon Theatre. This one-night-only appearance will mark the first time an actual kitty has appeared in the show.

“Being selected as the first real cat to perform in Cats on Broadway is an honor. I hate it,” Grumpy Cat “said” in a statement. “If I’m really being honest, I’d prefer to play the Phantom in The Phantom of the Opera.”

Some outlets were actually confused about which Lloyd Webber show the feline would be appearing in—an initial TheaterMania press release said Grumpy Cat would be starring in School of Rock. Twitter met this faux pas, and the “cats”ting news in general, with disbelief:

So is Grumpy Cat doing Cats or School of Rock? We need to know at which theatre Broadway plans to kill itself. pic.twitter.com/PSumOiLnD9

"Hey mom. No not this time. I tried. Well, it went to an actual cat. Don't worry we'll figure out a way to pay for Dad's surgery." https://t.co/DGMje9uKGl

So the reason I'm not on Broadway right now is because of all the immense talent in New York, right? 😒 https://t.co/c9wrCnLQf3

"My own dressing room and a large, scented litter box go without saying. And treats." https://t.co/p26BETea37

A literal cat is going into cats goodbye everyone I quit earth https://t.co/v8NGKCFGRD

this show is obv v v desperate to sell some tickets. https://t.co/DH22QbCJ5p

The feline’s trademark scowl is actually a symptom of feline dwarfism—Grumpy Cat was born undersized, with a flat face and half sized tail. But judging by her internet notoriety and newfound Broadway stardom, she hasn’t let it get her down. 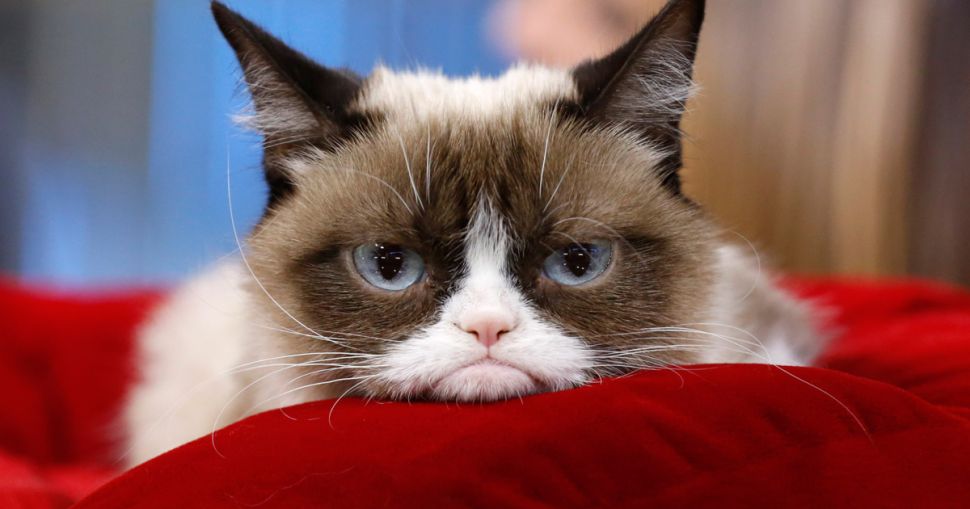