In the wake of embarrassing emails released via Freedom of Information Act (FOIA) requests and an even more embarrassing FBI report, Hillary Clinton supporters have responded angrily toward any concerns raised by these new releases.

An elitist dribble of condescension masquerading as a pro-Clinton Op-Ed written by economist Paul Krugman was an inevitable reaction to this negative publicity. This “Hillary or else” mentality was aggressively advocated by Krugman in Clinton’s first presidential campaign against Obama and even more so throughout the 2016 Democratic primaries. Krugman perpetuated the Bernie Bros smear campaign by alleging on several occasions that Sanders’ support stemmed from disaffected white men and also claimed Sanders supporters suffered from delusions for criticizing media coverage of their candidate.

Krugman’s latest Op-Ed in The New York Times, “Hillary Clinton Gets Gored,” provides a laughable defense of Clinton’s infallibility. “You see, one candidate, George W. Bush, was dishonest in a way that was unprecedented in U.S. politics,” wrote Krugman. In his description of Bush, Krugman perfectly characterized Clinton, who is polling as one of the most untrustworthy candidates ever to run for president.

According to the FBI investigation of Clinton’s private email server, she used such defenses as she didn’t know the “C” on emails meant “classified,” and she didn’t think drone strike locations were classified. Clinton admitted she skipped mandatory training on how to handle classified material, and she even used the defense that a concussion she suffered incited memory loss in regards to certain briefings.

For over a year, before the state inspector general debunked her defense of the server, Clinton insisted it was authorized when it wasn’t. She has since amended her defense multiple times, including scapegoating former Secretary of State Colin Powell and claiming the FBI called her comments “truthful”—even after Politifact rated her claims “pants on fire.”

International Business Times‘ David Sirota, who once worked for the Clintons, conducted a thorough investigative report in 2015 directly correlating Clinton Foundation donations with increases in arms exports from the U.S. to the foreign governments providing the donations. Foreign dictatorships like Saudi Arabia—a nation that oppresses women and executes people for being gay—would be unlikely to donate millions of dollars to a charity that helps these groups unless it provided them something in return.

As mandated by federal law, Clinton was singlehandedly responsible for these arms deals. If governments seeking U.S. weapons wanted to influence a secretary of state, donations to the Clinton Foundation would be the way to do so. Sirota and other journalists not affiliated at all with the right-wing have also shown that Bill Clinton received large payments from companies directly lobbying Hillary’s State Department.

Krugman also wrote about George W. Bush, “most notably, he proposed big tax cuts for the rich while insisting in raw denial of arithmetic, that they were targeted for the middle class.” Clinton’s campaign since the Democratic primaries has relied on insisting she is the champion of the middle class, while her campaign schedule has focused on hosting lavish fundraisers with both Republican and Democrat millionaires and billionaires.

“Rarely seen, rarely heard,” Clinton is accessible only to those with thousands of dollars to donate to her campaign. But she isn’t accessible to the average American voter and has failed to hold a single press conference—opting instead for closed-door galas over town halls and campaign rallies. Even Democrats have begun to criticize Clinton for putting all her efforts into raising money and garnering support from establishment elites, rather than focusing on important policy issues.

As a presidential candidate, Clinton is meant to be subjected to criticism—but the low favorability ratings of Donald Trump and the myriad of concerns his presidency poses for Democrats and many Republicans don’t inoculate Clinton from criticism herself. Clinton is still obligated to face scrutiny from the press and potential voters, no matter how unfair it may seem to her most fervently stubborn supporters, including those who are columnists for the paper of record. 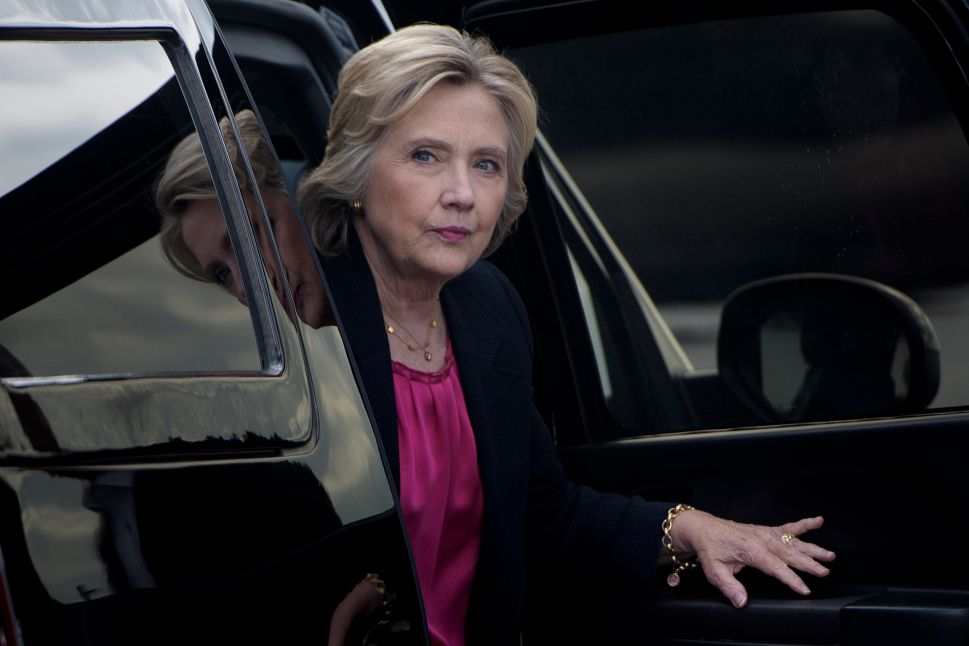