Billionaire media mogul David Geffen put his approximately 5,000-square-foot apartment at the Parc V on the market, with a $27.5 million price tag attached. Geffen, a co-founder of DreamWorks (among many other ventures, like Geffen Records) paid $14.17 million for the two-bedroom, 2.5-bath pad at 785 Fifth Avenue in 2010. The unit has exposures on all four sides, views of Central Park, a screening room and a projectionist booth, according to Corcoran broker Deborah Grubman, who is sharing the listing with David Adler. Geffen isn’t headed too far—he apparently just finished his renovation on the 12,000-square-foot duplex penthouse in the building, for which he paid socialite Denise Rich $54 million in 2012. (The Wall Street Journal)

The Daily Show host Trevor Noah is renting a 2,000-square-foot condo at Stella Tower, which was last listed for $15,000 a month. The Art Deco-style building, designed by late architect Ralph Walker, is located within Hell’s Kitchen, at 425 West 50 Street. The two-bedroom apartment has an outdoor terrace, a chef’s kitchen, exposed columns, and and city views, and the master bathroom features heated floors and a steam shower. (The New York Post)

DSA Property Group, led by Arik Lifshitz, is in contract to buy a 750,000-square-foot, 15-story Financial District building at 106 Fulton Street, currently owned by Pace University and operated as a dormitory. Pace hired Newmark Grubb Knight Frank in March to market the property, and now DSA Property Group is reportedly paying $51 million to take ownership of the building. It’s not yet clear what exactly DSA is planning on using the building for, but it was previously being marketed as a potential condo conversion, with 50 apartments. (The Real Deal)

Jessica Chastain took Architectural Digest on a tour of her newly redecorated four-bedroom co-op at The Osborne, on 205 West 57 Street, for their October issue. She bought the 3,000-square-foot duplex, which once belonged to the late composer Leonard Bernstein, in 2015 for $5.1 million. The nine-room apartment features no less than six fireplaces, and is just across the street from Carnegie Hall. Chastain and her boyfriend, fashion exec Gian Luca Passi de Preposolu, set out “reviving the splendor of the Victorian-era space,” which means a lot of Ralph Lauren Home (think green velvet couches), elaborate chandeliers, and décor pieces owned by Lauren Bacall, which Chastain purchased at an auction. (Architectural Digest)

Officials unveiled the design for the Ronald O. Perelman Performing Arts Center at the World Trade Center, and announced that Barbra Streisand will serve as the center’s chair. The center will be known as “The Perelman” (the billionaire donated $75 million of the $170 million raised thus far to construct the building; they need a total of $250 million), and, as announced last November, will be designed by Joshua Prince-Ramus of Brooklyn-based architecture firm REX. The center will feature three theaters, with seating for 499, 250, and 99 people respectively, all of which will be contained in a “cube” made of translucent marble laminated between two insulated pieces of glass. (YIMBY) 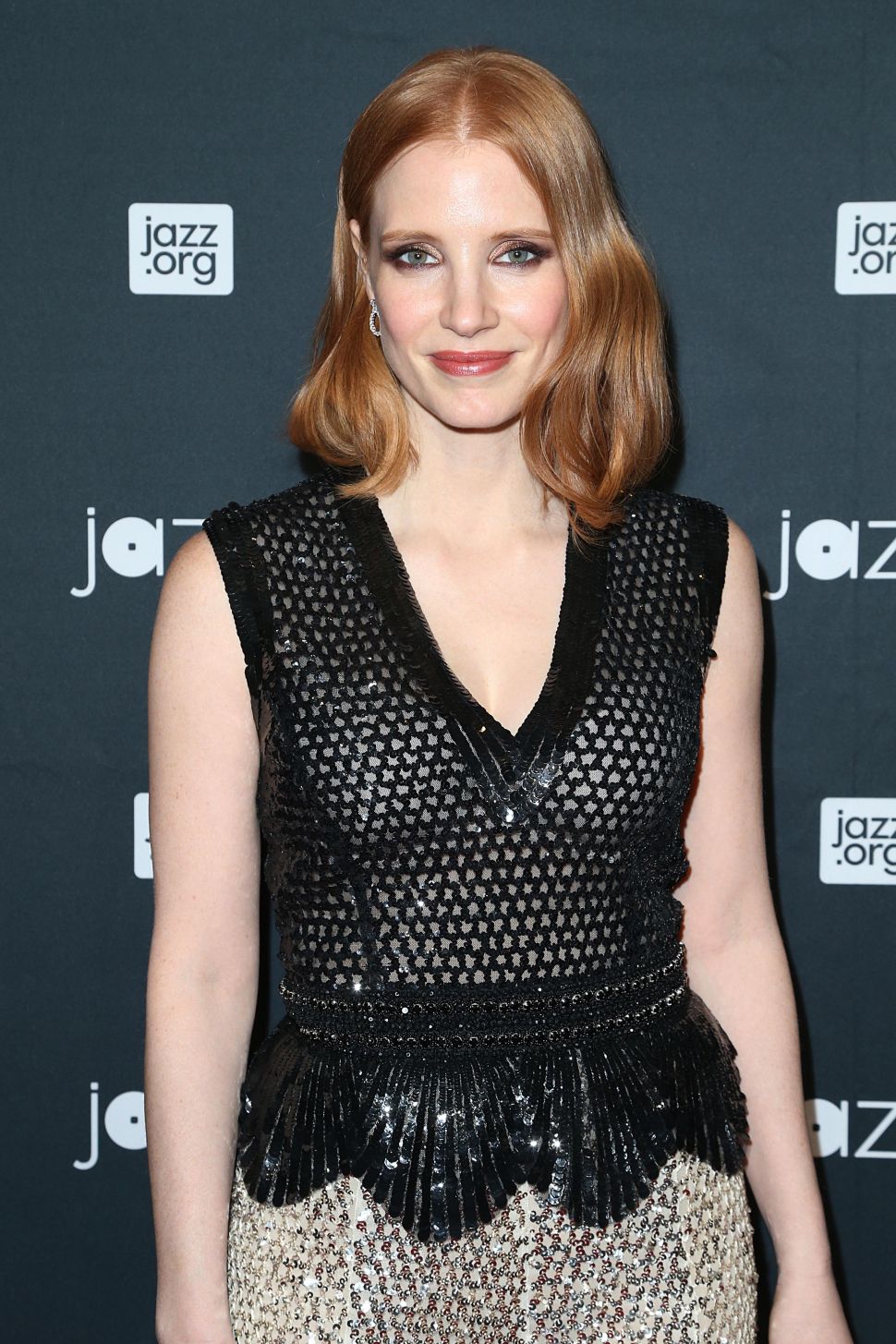