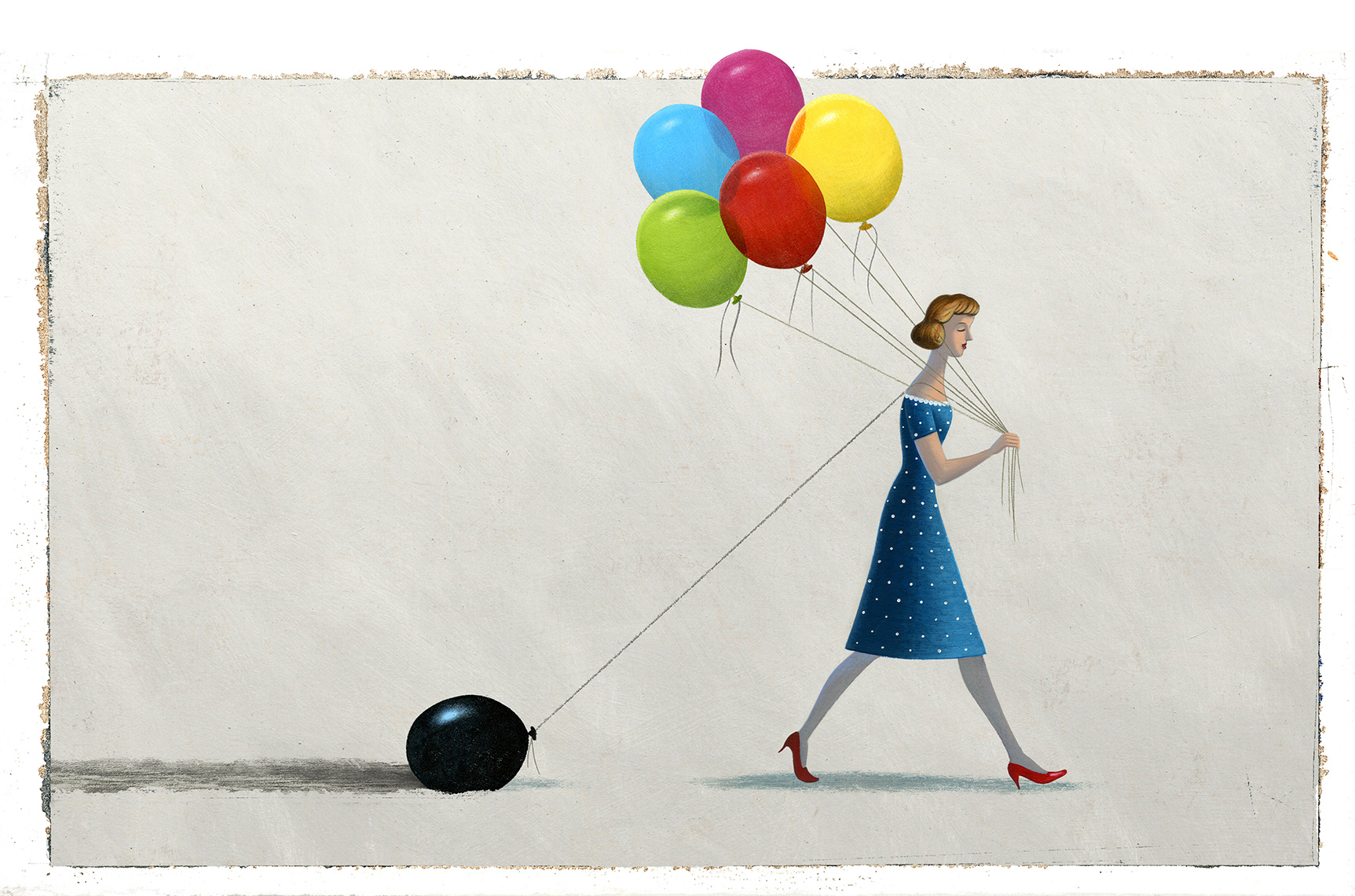 Several months ago, I was stood up on a blind date. Or rather an “app date,” as several friends of mine corrected me when I false-bravado’d the story, since technically the man and I had already “met” and chatted online for well over a month before I’d agreed to jointly leap off Date Cliff. But whatever. Blind date, app date, we can all reasonably agree they’re pretty much the same thing: a triumph of loneliness over rationality.

I can be cavalier about it today, thanks to time’s sandblasting, but in the immediate aftermath of that non-date, a chunk of my soul fell off. It’s hard enough trying to poke enough pinholes in life’s facade to let in small sunbeams when you’re a VP at a large company while moonlighting five other jobs, but add being a 50-year-old single mother of three with babysitter overages into that lean-to, and well, you might have collapsed, too.

“I just can’t do it,” the man texted me, 10 minutes after we were to have met, with no further explanation or apology. Three hours earlier, while both at work, we’d exchanged texts describing how excited we were for our date. It was a perfect night. The sky was clear; the breeze was light; Tibetan prayer flags of hope fluttered in it. Our plan was to take a sunset stroll along the Hudson, then a quick dash into the Whitney, then dinner. Our communication up until then had been easy, amusing, intelligent. He was a well-educated management consultant who looked like the spawn of a Orlando Bloom-Taylor Swift coupling. I’d lived in Paris for several years, which he, being French, appreciated. Our texts Ping-Ponged between French and English. We spoke of cultural differences, the bridges between them. We each delineated, after several weeks of light banter, the heavier shapes of our solitude.

I tried to look on the bright side: At least he’d sent a text instead of just ghosting me and not showing up at all. Then again, had he not shown up, I could have deluded myself into thinking he’d been run over by a bus or abducted by aliens rather than doing what he did, which was to dash what little hope I had left in love.

After his laconic text, I walked a block from our appointed meeting place—the Hebrew Union College, where I’d just spoken to a large crowd of Jewish event organizers about the importance of empathy in human relationships—and slumped onto a bench in nearby Washington Square Park. I texted a friend who always knows the right thing to say. “I was just stood up on a blind date,” I typed, wiping a tear from the screen of my iPhone. “That’s it. I give up. I’m going to join a nunnery and call it a day.”

At least he’d sent a text instead of just ghosting me and not showing up at all. Then again, had he not shown up, I could have deluded myself into thinking he’d been run over by a bus or abducted by aliens rather than dashing what little hope I had left in love.

“So sad,” he wrote back. “I am sorry. People suck…” Then he immediately called to talk me off the ledge, beautifully disproving his own theory. People suck. And they don’t.

I try to remember this dichotomy whenever a new insult arises, and not only in the dating arena, although there are plenty of them there from which to choose: the man who texted that I was a “dirty slut” before we’d ever met; the man who asked me to come to his apartment as if I were a prostitute (but would I mind if at the end of it all he didn’t pay?); the man who followed me onto the 1 train and stuck his tongue down my throat, after I’d clearly told him I wasn’t interested.

Another somewhat less lofty example: I’m writing this essay while on vacation on the Delaware shore, where every morning one of our neighbors not only stakes out his wave-front real estate at the crack of dawn with umbrellas and chairs, but he also further defines his spot into a giant square by painstakingly smoothing out the sand, with the sole of his right foot, several yards in each direction. It takes him a full half hour to complete this ritual, which the lifeguard and I, both staring at him in disbelief, have decided is a perfect metaphor for the roots of human conflict. Meanwhile, another Bethany Beach neighbor, who only sees my college-age daughter once a year during a single week in August, reached out to replace her stolen bicycle last year with a much nicer version when he read on Facebook that hers had been swiped.

F. Scott Fitzgerald once wisely wrote, “The test of a first rate intelligence is the ability to hold two opposed ideas in the mind at the same time, and still retain the ability to function. One should, for example, be able to see that things are hopeless and yet be determined to make them otherwise.” Of course he wrote these words in a 1936 essay entitled, “The Crack-Up,” in which he describes his own descent into a madness that allowed him neither functionality nor the determination to make the hopeless otherwise. And yet the act of writing that essay surely was one of the things that turned his tide from Humpty Dumpty Fitzgerald to the glued-together version thereof, which as any Leonard Cohen fan knows, is the only way to let the light in.

I no longer get my hopes up. I’ve lowered my expectations so low, in fact, that if my date’s not on the FBI’s most-wanted list or a vegetable, I’m good.

The irony is that, since having been stood up on that date, I’ve been able to truly enjoy every date since, even the bad ones, as I’m able to approach them all from a people-suck-and-they-don’t perspective. That is to say, I no longer get my hopes up. I’ve lowered my expectations so low, in fact, that if my date’s not on the FBI’s most-wanted list or a vegetable, I’m good. I simply assume he will suck and am pleasantly surprised—sometimes wildly so—when he doesn’t. The last app date I had was so unsucky, it turned into three dates that same week. But do I expect a fourth when I come home from vacation? Of course not. If it happens, great. If it doesn’t, onward.

When I finished ugly crying on that bench in Washington Square Park, I dusted off my middle-aged self and went for that planned walk along the Hudson solo. Along the way—paging Dr. Jung—I ran into two colleagues from work with whom I’d unusually had lunch that same afternoon on our office’s roof deck, during which we’d discussed my upcoming date. In fact, these were the only two people on earth, aside from the no-show himself, who even knew about my plans. “Wait, where’s your date?” one of them asked, and when I told them what had happened, each offered drunken, witty and wildly unprintable words of support, followed by a group hug.

(Never underestimate the power of curse words and a group hug to brighten the day of a sad colleague you barely know.)

A couple of months later, the Frenchman who’d stood me up texted to apologize and ask for a do-over. Part of me wanted to believe he didn’t suck, that he was actually overwhelmed by fear that night and truly sorry and feeling weird about meeting a stranger, as he’d so contritely written. The other part of me knew better. “Sorry,” I wrote, “but we have an expression in English: ‘Fool me once, shame on you. Fool me twice, shame on me.’”

I’m still waiting for a response. 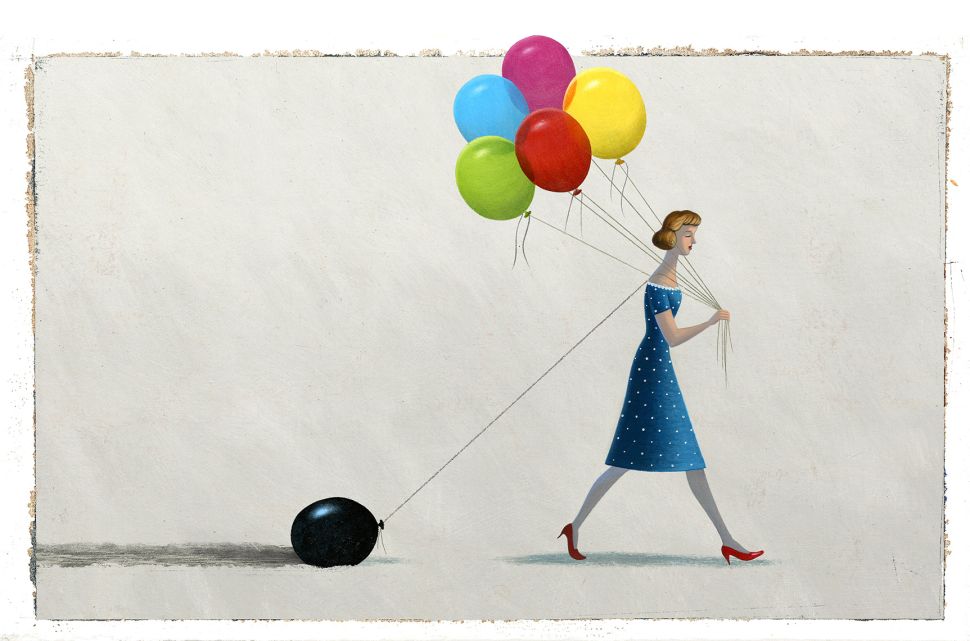