Valerie Steele, the chief curator at the Museum at FIT, was sitting at Raf Simons’s first Dior couture show, the show that would later be featured in the documentary “Dior and I.” Surrounded by millions of flowers that seemed to grow out of the walls, Valerie sat next to Olivier Sailard, the director of the Palais Galliera, Musée de la Mode de la Ville de Paris.

There, they began discussing their respective upcoming exhibitions, with Sailard mentioning his show on the Countess Greffulhe, the woman who inspired Oriane, the Duchess de Guermantes, Proust’s “most fashionable, glamorous character,” in his multi-volume novel, In Search of Lost Time. Steele, an ardent admirer of Proust, pounced. She wanted to participate in this exhibition in way way she could, eventually writing an essay for the Paris exhibition’s catalog. She then quickly got to work on bringing this exhibition across the ocean.

The result is the Museum at FIT’s latest exhibition, Proust’s Muse: The Countess Greffulhe, curated by Valerie Steele, and which opens today. Valerie Steele said, “We’ve never brought a whole show from Paris before. It was an enormous undertaking, it took a couple of years of collaboration, and way beyond our normal budget. But I was just convinced that these clothes were so special, and the story was so special, I really wanted it to be something that New Yorkers would see.”

The Countess Greffulhe was born Élisabeth de Caraman-Chimay in 1860. She was aristocratic, beautiful, charming, but poor. She then married the very rich but very amorous Count Greffulhe. It was a loveless, lonely union, but the Countess took solace with her dandy uncle and poet, Robert de Montesquiou, who joined her on her crusade to support the arts and sciences. She was beautiful and charming, the perfect hostess. But she was also a uniquely individual woman – one who, despite living in an aristocratic world that was casually anti-semitic, supported Alfred Dreyfus during the Dreyfus affair. She wasn’t afraid to stand up to dictatorial designers, becoming an integral and intimate part of the design process.

This is more than just an exhibition on garments, it relates it to something greater: classic literature. References to Proust’s novel abound. The Countess didn’t just inspire the character of the Duchess, but also the wardrobe of many of the female characters. As Valerie Steele explained, “[The Countess Greffulhe’s] sense of style permeates Proust’s novel.” Red velvet shoes displayed in a vitrine with a miscellany of accessories reference a famous scene where a character informs the Duchess and her husband that he is dying, but they are too focused on getting ready for the party to care.

A pink and mauve garden-party dress by Worth evokes the novel’s Madame Swann, the former courtesan who always wears mauve and rose dresses, a color associated with a youthful Countess Greffulhe. In the inter-war period, the Countess also wore a lot of Fortuny, a designer who is prominently featured in the exhibition. In the novel, Fortuny’s designs play an important role in the novel, specifically in a scene where the Duchess tells the narrator that he could dress his mistress Albertine in Fortuny.

In the novel, there is also a scene at the opera where the narrator compares the extravagant dress of the Princess de Guermantes to the minimalist and classic dress of the Duchess de Guermantes. And while the styles are described as diametrically opposed to one another, they both describe the Countess’s singular sense of style. And the clothes on display reflect that – some dresses, like the day dresses, are classic and relatively plain. But some dresses, specifically the shimmery frocks the Countess wore during the Roaring 1920s, are lavishly ornate.

And this contrast – the bold versus the demure, the avant garde versus the elegant – is reflected in the way the exhibition itself was designed and constructed. It is spare, with a tightly edited display of clothes. Yet its that very bare-bones approach that allows the exhibition to look so dramatic. The props – specifically the wonderful use of mirrors – force the viewer to really look at the clothes from every angle, to gaze, to stare in awe, to really admire the craftsmanship behind every piece.

Being gazed at and admired invigorated the Countess, it gave her life meaning. For her, the public gaze, specifically the male gaze, was not a tool of oppression, but a tool of power. How one can revel in it instead of being victim to it. And her power was expressed in every seam and every stitch; every pose for the camera, every pause at the top of stairs (most infamously at her daughter’s wedding wearing a dress dripping in jewels).

“I wanted to send people back to Proust. I wanted people to know about the Countess Greffulhe, this amazing fashion icon who was a fascinating woman…in so many ways,” explained Valerie Steele. “And the Countess’s whole ethos of fashion is art imbued Proust’s thinking. So that, at the end, Proust said, ‘if he could not construct his book like a cathedral, which was his other emblem of the height of French civilization, he would construct it like a dress.” 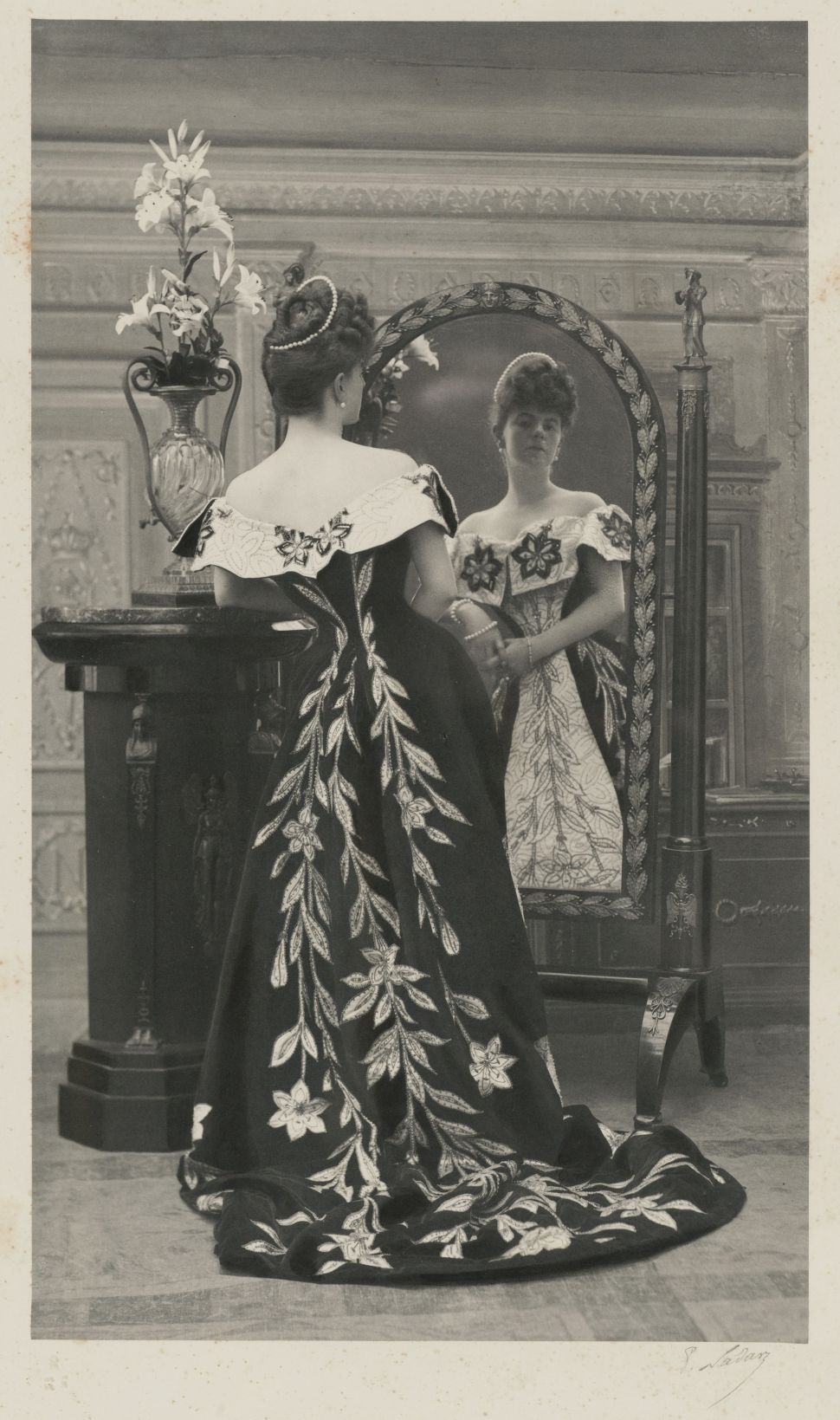