Fact-based dramas have always been a staple on movie menus; I just don’t remember so many of them coming out at the same time. This week, it’s Deepwater Horizon: a noisy and tense—though familiar and unimaginative—staging of the shocking 2010 BP explosion, a disaster that blew up an oil rig in the Gulf of Mexico and drowned the state of Louisiana in 210 million gallons of oil.

Teaming up again with director Peter Berg, his partner on Lone Survivor, Mark Wahlberg headlines as Mike Williams, the chief electronics contractor on the rig whose brawn and positive thinking saved the lives of all but 11 of the 126 people on board. An aging Kurt Russell plays the offshore installation manager, Mr. Jimmy, and John Malkovich plays one of the arrogant, cost-conscious BP executives so worried about being 47 days behind schedule that he demands safety shortcuts, putting the entire crew in harm’s way. Gina Rodriguez is effective as the only woman onboard, and Kate Hudson makes brief appearances from time to time as Wahlberg’s nervous wife, pacing the floor back home in front of the television while she waits to see if he’s still alive. In cliché style, the movie shows the crew preparing for work on the day that could be their last (kids acting cute, cars that don’t start), follows them on the ill-fated drilling platform and down below while they drink coffee and argue about things like negative pressure tests and suspicious methane in the pipes. Then, control-panel gauges going wild, panic and screams of “Mayday!” while mundane director Peter Berg demonstrates his only real talent—blowing up things. To his credit, he nixed computer-generated effects and opted for blowing up an actual rig instead. The result, when Deepwater Horizon, nicknamed the “Well From Hell,” finally blows, is that you do feel like you’re witnessing history as it happens in real time. (The real-life Mike Williams is credited as a technical consultant on the film.)

But this is a movie about action, not acting, and although, under the circumstances, the cast does yeoman work in roles that can only be called generic, in the long haul they can’t save the script and direction from being sometimes boring and always predictable. The disaster was complex, but by trying to over-explain to us what happened, the writers have crammed the screenplay with so much extraneous technical jargon about cement logs, blowout preventers, deep pressure controls and corporate greed that Deepwater Horizon seems more like a documentary than a docudrama. 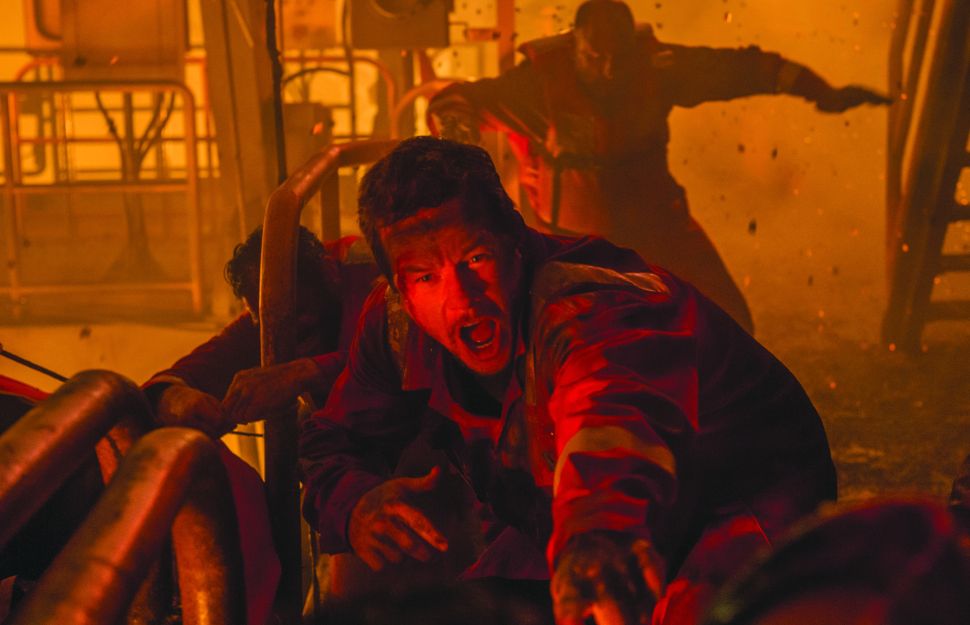