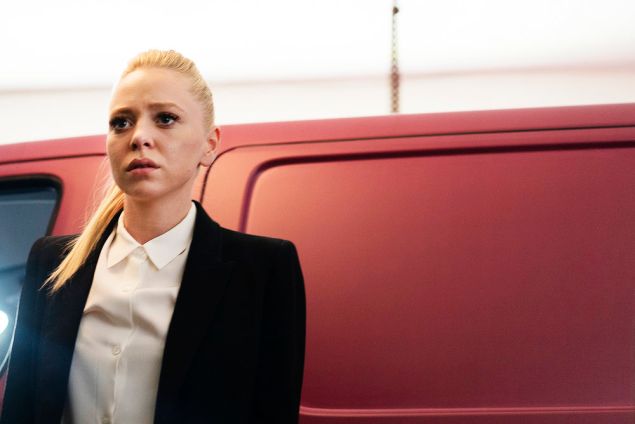 What do you think it’s like to be born into a body and inherit a set of social expectations that feel utterly inaccurate? This is a question that’s been heavy in the air lately, but not too terribly well-represented on the airwaves. There are a lot of dumb questions that surround the emerging movement towards recognition of the Trans experience and bestowal of specific rights for Trans people, chief among them: is the Trans experience real? Are these people real or just bluffing? They’re especially strange questions to be posing in a world where we take such baffling concepts as “the White race” to be self evident, but that’s what happens when entire swaths of people go unrepresented on TV. Thankfully, Mr. Robot has been approaching this topic head on, and with grace.

Mr. Robot’s second season has been dominated by the character of Whiterose, a Chinese Trans woman runs the show’s shadowy hacker antagonists, The Dark Army, as well as being some kind of researcher/executive member of the show’s shadowy corporate antagonists, E-Corp. As revealed in the show’s most recent episodes, she is also responsible for the driving motivations behind the show’s primary characters. But that’s not the whole story, that’s just her resume; the fact is, Whiterose is the show’s most intriguing, mysterious, and sexy character. Maybe because she’s the only one with clear motivations.

Whiterose is [Mr. Robot’s] most intriguing, mysterious, and sexy character. Maybe because she’s the only one with clear motivations.

Of the bits and pieces we know about Whiterose, seemingly the most central to her character is her relationship with time. In her introduction, she describes herself as a hacker of time, and we see this play out in her every scene. Her watch is set to beep at every passing minute, and she doesn’t allow herself to spend time needlessly, or forget how valuable it is. Now, we could assume that this was simply her nature, that she can’t help but worry about time, but that’s not really how we Humans work. The chief function of our consciousness is to ignore that headlong tumble into death. Instead, let’s go with what she tells us she believes: there’s no such thing as coincidence.

Whiterose constantly reminds who she talks to that her time is more important than theirs, but her watch beeps raise a question: if her time is so valuable, why does she need so many reminders to utilize it? It is often the case that what people project onto others – in this case, a lax attitude about time – is actually what they’re running from in themselves. For Whiterose, I imagine she learned the value of her own lifespan as a result of wasting it. Which is not rare; everyone wastes time. So what could cause a person to waste it so completely it becomes the driving force in their adult life?

Now, this is all supposition and not meant to be a general declaration, but going on what we know specifically about Whiterose I can’t help but think that she spent more time than she ever wanted to living the wrong life. Living a life of concealment. Revealing oneself to be a gender that doesn’t perfectly align with the social binaries is incredibly dangerous. Ostracization, ridicule, violence, and murder are all common responses to people who reveal themselves as being a gender they don’t appear to be, and fear of punishment for living life in accordance with how you feel keeps many people considering transition from following through with it for years, if not their whole lives.

Can you imagine what that must feel like, to spend a significant portion of your extremely limited time on this earth having to pretend to be someone else? It makes perfect sense that Whiterose, having eventually stepped into her true identity, seeks to exist beyond the grasp of less powerful people. And to this end, it is no surprise that she is willing to do whatever is required to keep her safe haven secure. By this point in the series, we know that she controls the Washington Township Plant, we know that she has killed friends to keep her control of it, and we know that her every scheme dead-ends within it.

This is the thing to keep in mind with Whiterose: she has almost certainly lived a life of longing and terror, as a result of her nature being misaligned with social norms.

This is the thing to keep in mind with Whiterose: she has almost certainly lived a life of longing and terror, as a result of her nature being misaligned with social norms. As a basic message received from life, this is a hell of a thing to learn. Her very being is not just misunderstood, but purposefully ignored and hated. The commonly agreed to ‘facts’, as it were, align against her. As a result, she has had to learn how to move past the dangerous stagnancy of ‘facts’ and into imagination and possibility. It’s a strange lesson pair indeed, that one has no more time to waste and must also make time to dream and believe.

When Whiterose confronts Angela, we see this all play out. Right off the top, she tells Angela that she has allotted 28 minutes for their conversation, an amount she admits is very generous. Being generous with time isn’t something we’ve seen her do before, and it immediately reeks of internal conflict. Her two primary lessons are at odds here; she needs to utilize herself, but she also needs to make room for the possibility of something greater than simply removing an enemy. She is here to protect as well as convert, and that requires trusting herself to move slowly.

Maybe this is why Whiterose spends so much time telling Angela about her door theory. She couches it as an insult, but I don’t think Angela needed any reminding that people love talking down to her. What Whiterose is really showing here is something far more important. She reveals that the moment of going through a door, for her, is a rare moment outside of time, a moment free from the cause and effect reality she has been trapped in and forced to master, a moment where she is able to think about endless possibilities and not just probable ones. For a self-professed hacker of time, this is no small luxury.

And in the end, Whiterose does not take the probable course of action with Angela. She does not have her captive killed, but instead converts her. She takes the person most doggedly trying to destroy her safe space, to make her vulnerable, and brings her over to a new understanding by revealing her most vulnerable moments. Whiterose tells Angela she’s not after her proof, but her belief, and gaining that demands she show Angela her own. In this way she is able to protect her most precious and vulnerable asset, by growing it within someone else.

As for why Whiterose is so drawn to Angela, it’s very clear: they are the same, separated only by time. Angela wears a kind of lifelong victimhood on her face, in her eyes. Like Whiterose, the world has been cruel to her. Unlike Whiterose, she has not yet learned to master it. And when she sings Karaoke, her song choice is utterly transparent. Listen to the lyrics and you’ll know that Everybody Wants to Rule the World isn’t actually about becoming the ruler of earth, but rather about the pain of living in a society that rejects you out of hand. And finally, simply, Angela is the only person as obsessed with the Washington Township Plant as Whiterose is, and that makes them a pair.

It looks like a strange thing, that this power-mad, Chinese, Trans woman finds her match in a doe-eyed, blonde haired, blue eyed young American, but the lesson is that there’s actually nothing strange about it all. There are so many restrictive labels put on these two women, so many expectations heaped on them before they even walk through the door, and it turns out those labels and expectations are meaningless in the face of a shared reality. There is nothing to doubt about either’s Humanity, about either’s worthiness, about either’s suffering. If they can believe the same, then they are the same. 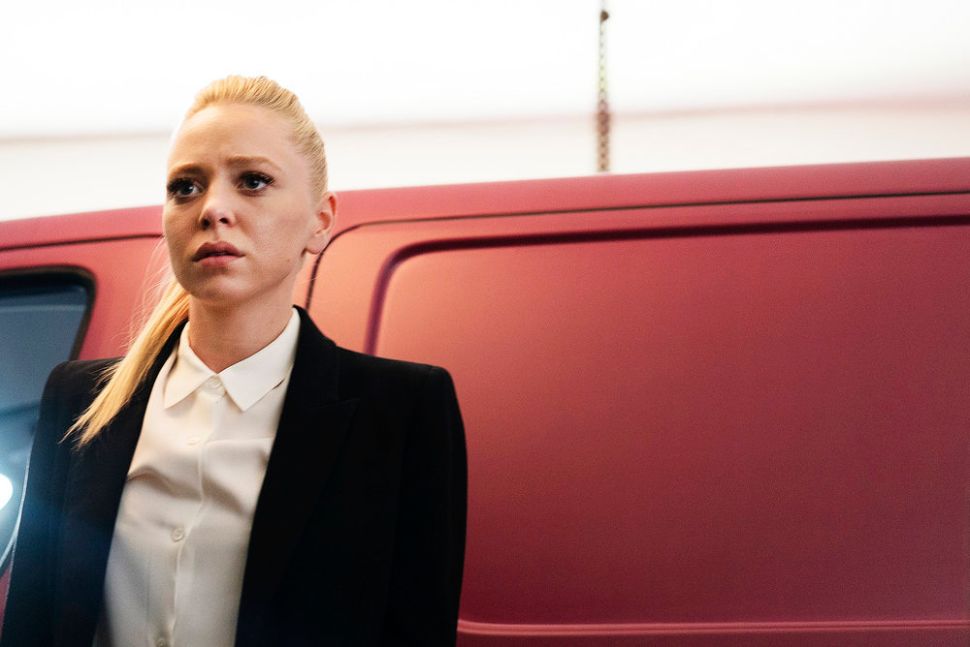