When I lived in Los Angeles for a hot minute, a stunning blonde barista, Jeremy, from Starbucks asked me out.

I was young and self absorbed. I immediately rolled my eyes when he told me he didn’t have a car. Could I please pick him up?

“Don’t piss me off or I’ll make you walk home.” I joked. He didn’t think it was funny. Rightfully so, because he revealed on our first and only date that he had lost his leg in a car accident. Drink was somehow involved, which led him into  rehab, so at the time of our date he was also a recovering alcoholic. I didn’t care that he knew Robert Downey Jr. or the other teetotal celebrities he name-dropped, it was just no fun hanging out with a non-drinker. After dropping him off at his apartment, I met up with my girlfriends. We got drunk, and I analyzed poor Jeremy’s dating potential. “To live in Los Angeles with one leg, no car and without being able to drink? Absolutely not! What kind of life is that!?” I hollered. My roommate ended up taking my car keys and driving me home, as I lay passed out in the backseat.

Little did I know that years later, I’d be in a similar situation in New York. A recovering alcoholic, with no car, though thankfully, all limbs intact. However, instead of a missing leg, the monkey on my dating back was being “older” and divorced.

“Who is going to want to deal with my shit, and my emotional baggage?” I asked my therapist.

“The right person will understand.” she answered. Praying she was right still caused me some anxiety.

“I’ll have an iced skim latte.” I was drenched in sweat and stepped inside my favorite coffee shop in Queens. “How about you try something different. It will change your life and If you don’t like it, I’ll buy your latte.” said the hipster barista behind the counter.

Being skeptical, but all about getting a free, overpriced coffee beverage. I drank the sample of the supposed life- changing, New Orleans cold brew style drink called “Rocket Fuel”. He won. I didn’t want the latte, but he still bought my drink. “I’m going to be one of the most important men in your life, other than your daddy.”  He joked in a way that could have sounded ridiculous but somehow didn’t.

“I’m going to be one of the most important men in your life, other than your daddy.” He joked in a way that could have sounded ridiculous but somehow didn’t.

“And my husband.” I added and sat down at the counter to cool off. The drink was delicious.  “I could get addicted to this, coffee is my biggest vice.” I confessed with a touch of coyness, the barista was, after all, pretty dishy.

“Women and coffee are mine, I’m Matt.” he said, and within a few minutes we discovered that we were both sober, non-drinkers. It was seemingly innocent enough to add him on Facebook. It was clear that we were attracted to one another but I was committed in my marriage and avoided placing myself in any situations that would jeopardize that.

Over the next few years I would see Matt in the neighborhood. He was always pleasant, and on the rare occasion when I would go into his shop, I’d never have to pay or wait in line. He would nod at me, my drink would be ready to go by the time I walked up to the register from the door. Then I heard he quit and didn’t think much of it, too busy with my life to notice.

My friends were both annoyed with my obsessiveness but happy I was putting myself back out there in the dating world. Some argued I wasn’t properly grieving the demise of my marriage, and simply slapping on a cheap band aid. I dismissed their opinions, and did what I pleased. The night I spent with ex-just-friend Michael, a guy I had recently had sex with and then immediately regretted it, was supposed to make everything magically happily ever after. Instead Michael had regressed to behavior that I knew from 10 years ago when we first considered getting together. A lapse in communication and ignored texts. Nothing would infuriate me more than seeing a “read 2:49pm” notification on my iPhone and not getting any sort of response back, or a “I just saw this” four hours later text, when that wasn’t the truth at all. It had been almost a week since our encounter, and nothing from him, other than “That was so weird, but great.”

Although I lived in the city, I would still go to Queens to hang out at my favorite coffee shop post-divorce. I found solace in complaining and obsessing to Joan, my gorgeous barista friend. She had hot pink hair swept up in a messy bun, and was covered in tattoos. We were both simultaneously going through breakups and quickly bonded. Never letting my cup hit empty, we’d gossip for hours while she pulled shots of espresso. I was infuriated Michael hadn’t responded to me, the caffeine wasn’t a help and one day I got particularly wound up.

“You need a distraction.” Joan suggested as she refilled my cup even though I had clearly had enough . “You need a backup guy, an insurance plan. A distraction from the main attraction.”

“I can’t do that, I get too confused and emotionally involved.” I cried out in frustration.

“That is the exact reason why you do that! Even out the playing field.” Joan had made a great point. Now it was a matter of finding who would become my insurance policy. Still tweaking from being over-caffeinated. I shamelessly texted  Michael one last time. “Hey, I’m in your neighborhood. You around?” I was lying, I was 20 minutes away, but nothing a cab couldn’t change.

Of course out of the eight text messages I received in the next hour-Michael was not one of the responders. Then the lightbulb went off in my head.

“Hey, what’s Matt’s deal?” I said not even realizing the possibility. “Oh my God! I can’t believe I didn’t think of that!.” Joan beamed, seeming surprised as I was. “You’re both sober!” Yes having sobriety in common could be a nice added bonus, but it was also the equivalent to saying, “You both breathe air, so you’re meant to be together.”  Many more people, by the way, are sober these days. Anyway, for the next 30 minutes, Joan and I carefully crafted a witty Facebook message. With her approval, I hit send.

for the next 30 minutes, Joan and I carefully crafted a witty Facebook message. With her approval, I hit send.

Of course with my timing that is when Michael finally responded.

“Sorry just saw this. Out of town.” I knew he was lying, due to instagram photos of himself and his girlfriend having brunch not far away, at that very moment.

“Bullshit!” I screamed at my phone, the patrons stopped to look at me, and Joan confiscated my coffee, replacing it with a large bottle of . I had been cut off. As the effects of the coffee I had inhaled started to dissipate I began to calm down, Matt messaged me back. Bantering back and forth on Facebook, the conversation quickly progressed to text, and within minutes we had planned to meet over the weekend for lunch.

“That was too easy and fast.” I said, a little shocked at getting exactly what I needed at that moment.

“I think you’ve found your insurance policy.” Joan smiled and we high-fived. 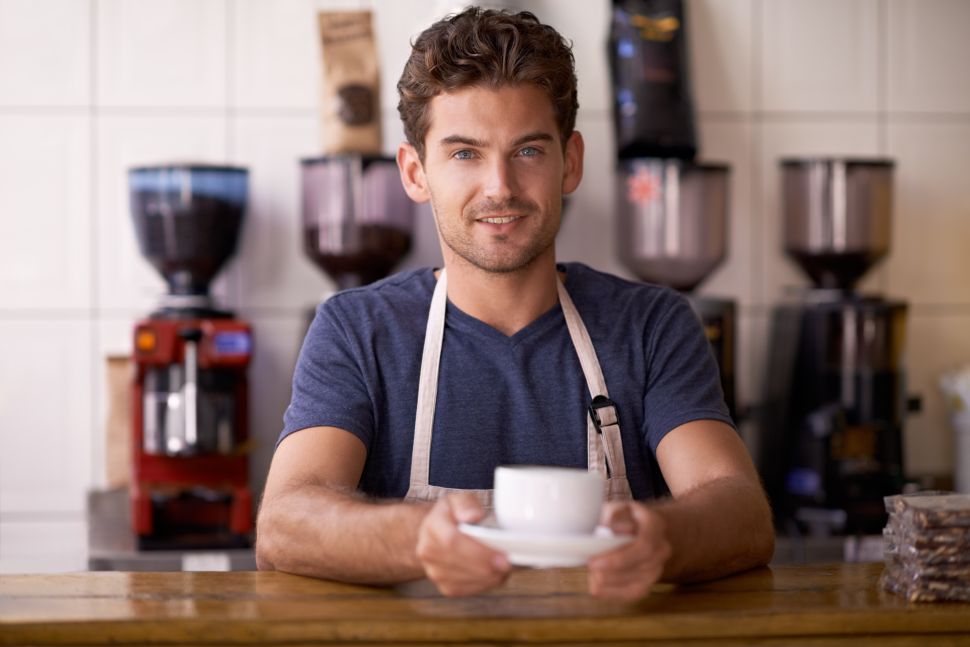