As another Labor Day approaches, America’s workers have little to celebrate. It has been 40 years since the average American has enjoyed any significant wage increase. Fewer employees can access pensions. And employment has fallen sharply in the goods-producing industries, such as textiles, where relatively well-paid jobs enabled blue-collar workers to join the middle class.

Far from the view of pundits and policy wonks in Washington, D.C., and New York, working-class suffering has finally emerged as a political issue in this year’s presidential election. But neither presidential candidate offers much to calm the fury.

On balance, the Trump program would slow economic growth and reduce employment.

Donald Trump promises to revive traditional industries, but his flimsy economic program offers little to support these industries. Complaining of our poor fiscal performance, his claim that the economy suffers from “massive taxation, regulation, one-side trade deals and onerous energy restrictions” is so far off the mark as to prevent any effective policy making; decades of tax-cutting and deregulation have left the economy weaker and growing slower than before. Lowering taxes on the richest Americans, as Trump proposes, would not raise employment or wages. He would also risk a trade war that would raise prices for American consumers while producing few new manufacturing jobs. Freeing coal and other fossil fuels from government regulations would endanger the climate without creating many new jobs in these capital-intensive industries.  On balance, the Trump program would slow economic growth and reduce employment.

In contrast to Trump’s economic sketch, Hillary Clinton has painted a detailed economic portrait, but it still gives short shrift to displaced blue-collar workers. Rather than promoting employment with federal investment, she would focus on access to education and training—producing better-trained unemployed workers. For example, she touts a $30 billion program to help devastated coal communities, with job training, funding to “expand broadband access” and to ease the repurposing of existing facilities for use in “new economic activity,” such as Google’s plan to build a data center on the site of a recently shuttered Alabama coal plant. She does not report how many local workers are actually employed at this data center but I suspect that the project will prove more exciting to Google’s public relations team than to out-of-work miners and their families.

Even Clinton’s more ambitious fiscal proposals pale by comparison with those offered in the past by both Democrats and Republicans. Her $275 billion infrastructure plan, intended “to create the next generation of good jobs,” is half the size of the interstate highway program, which Dwight D. Eisenhower established 60 years ago. Increasing the minimum hourly wage to $12 barely returns it to the real level of the early 1970s; free community college tuition and a commitment to debt-free college for all is a valuable return to the pre-1980 period when public universities were mostly free. None of these plans benefit older, displaced blue-collar workers.

Notwithstanding Clinton’s many worthwhile ideas, her laundry list won’t raise growth rates. Her advisers do not believe that the economy can expand much faster than the anemic 2 percent per annum growth rate forecast by the Congressional Budget Office. Hillary Clinton is trapped by a timid program that will not return the economy to the growth rate of the pre-2007 era, not to mention the more than 4 percent annual growth achieved during Bill Clinton’s second term. Only achieving such growth can restore employment and wages to America’s workers.

There is ample demand for a presidential candidate with an economic program to provide for those who do not go to college, to those who work with their hands—as well as for those employed in Silicon Valley or Wall Street. We have the tools. The federal government now spends less on infrastructure than current depreciation. A significant increase in federal investment, $1 trillion to $2 trillion, would not only provide employment to millions but would raise productivity. Add to this a modern WPA, and the next president could ensure that far more average Americans will have reason to rejoice next Labor Day. ν

Gerald Friedman is a professor of economics at the University of Massachusetts at Amherst. 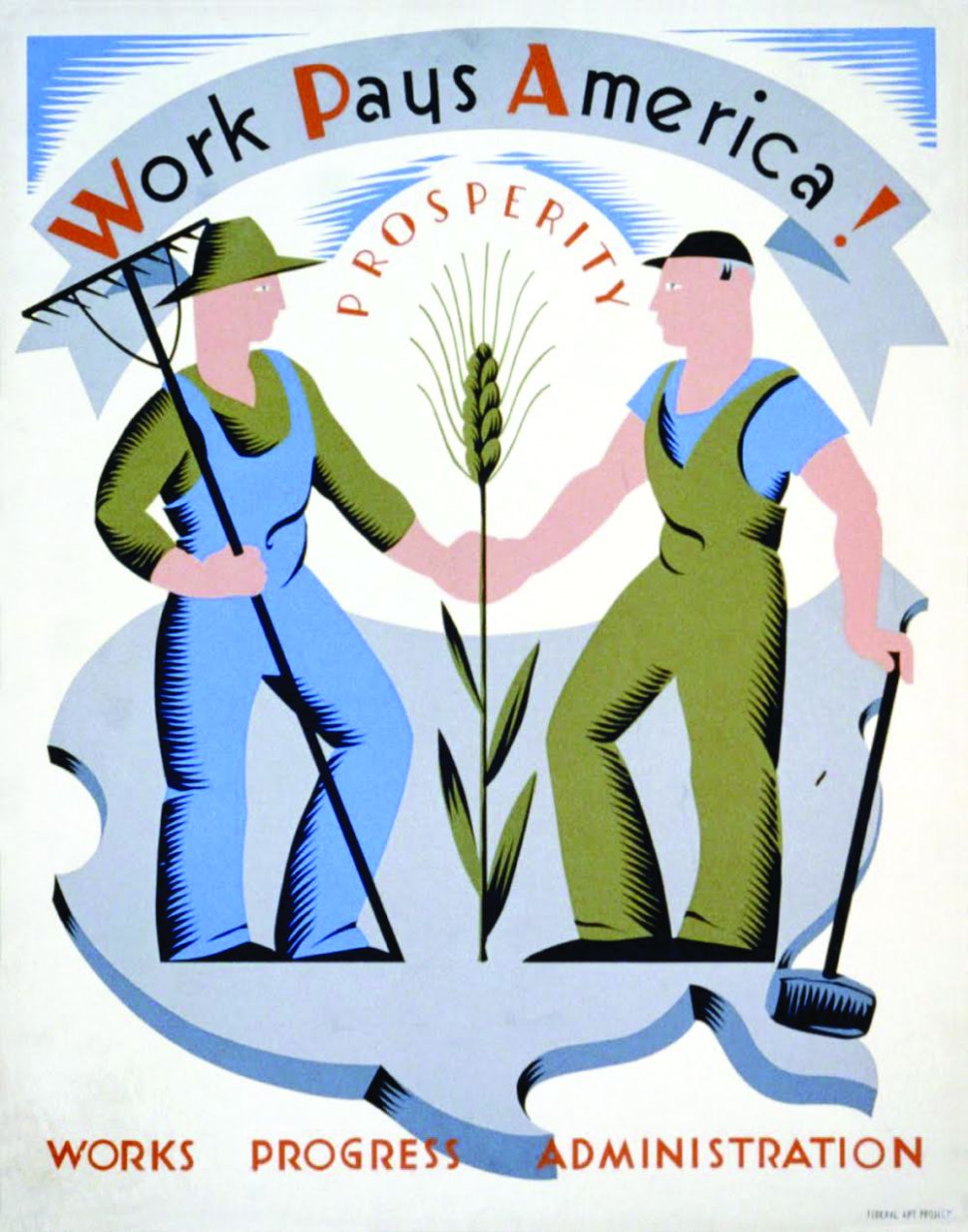 Filed Under: Politics, the Economy