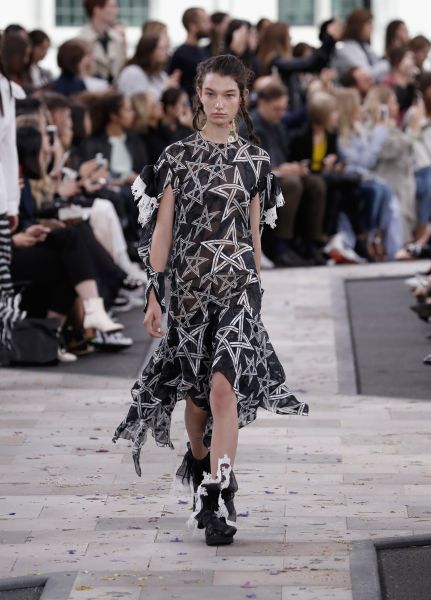 On Sunday morning, attendees of the Preen by Thornton Bregazzi show were greeted by a major pentagram moment upon entering Queen Elizabeth II Centre. The symbol served as a backdrop to the show’s step and repeat for celebrities and it was a little foresight into the collection’s gothic inspirations. 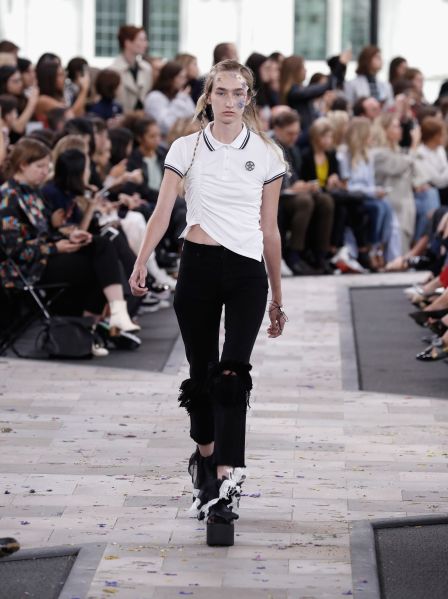 One of the polos available for purchase Photo: Getty Images

On the runway those inspirations were spun together with skinhead riffs, folklore motifs, brightly colored tartans and more ruffles than you could imagine, making for a visually striking collection. Simple things like a polo that might come paired with black skinny jeans and a black Doc Marten boot for your average skinhead was reworked, ruched on one side causing the hem to bunch. Yes, it was dotted with a pentagram logo. That piece — which is the second time we’ve seen the polo reworked this fashion week, having seen Telfar do various iterations of it—is currently available in black and white, as a part of the brand’s six-piece see-now-buy-now capsule collection. The ripped black skinny jeans with lace ruffled patches are also available. 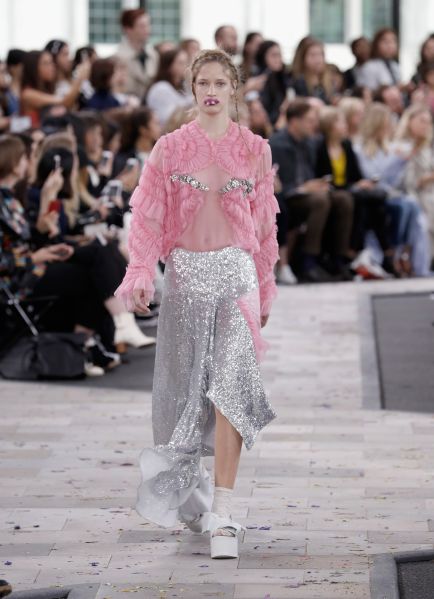 Some fun details in the collection included a white denim jacket with sleeve cutouts, which offered the illusion of shoulder-robing, but with the warmth of wearing a coat. Elsewhere, the collection’s dresses demanded attention. Shimmering silver frocks with ruching throughout the body, as well as a purple lamé-off-the shoulder gown made impressions. Ruffles fluttered by look-after-look, as the frothy collection took shape. Some frill printed gowns were reminiscent of Beyonce’s Roberto Cavalli gown in Lemonade, but others were simply embellished blush cocktail dresses with a flounce at the shoulder. The range hit its high point when the glittering appliqués, translucent panels and pentagrams met on a series of black dresses at the collection’s end. There, the gothic inspirations got their most glamorous take, as they shimmered down the runway. It was a sight to behold. 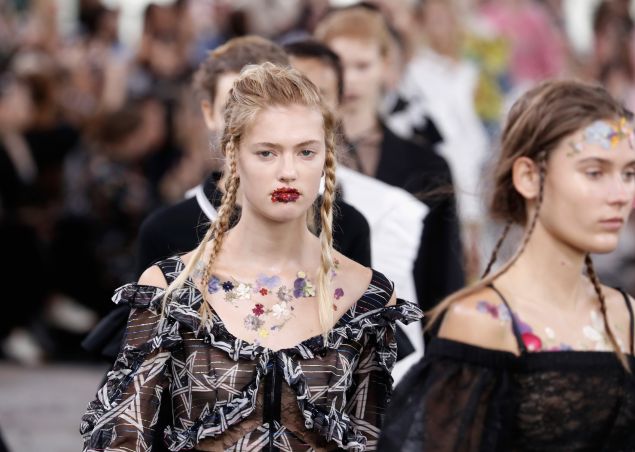 For shoes, the range kept up an ongoing platform trend that emerged in New York. Whether in black or white, sandal flatforms were strapped onto the model’s feet, providing them with a bit of height. And for beauty looks, Val Garland partnered with florist Flora Starkey turning the models’ faces into a version of Snapchat’s flower crown filter. These flowers wrapped around models faces, trailed down necks and trickled onto backs. Considering Rosie Assoulin also put flowers in the beauty looks of her models, is this the latest runway beauty trend to catch hold? 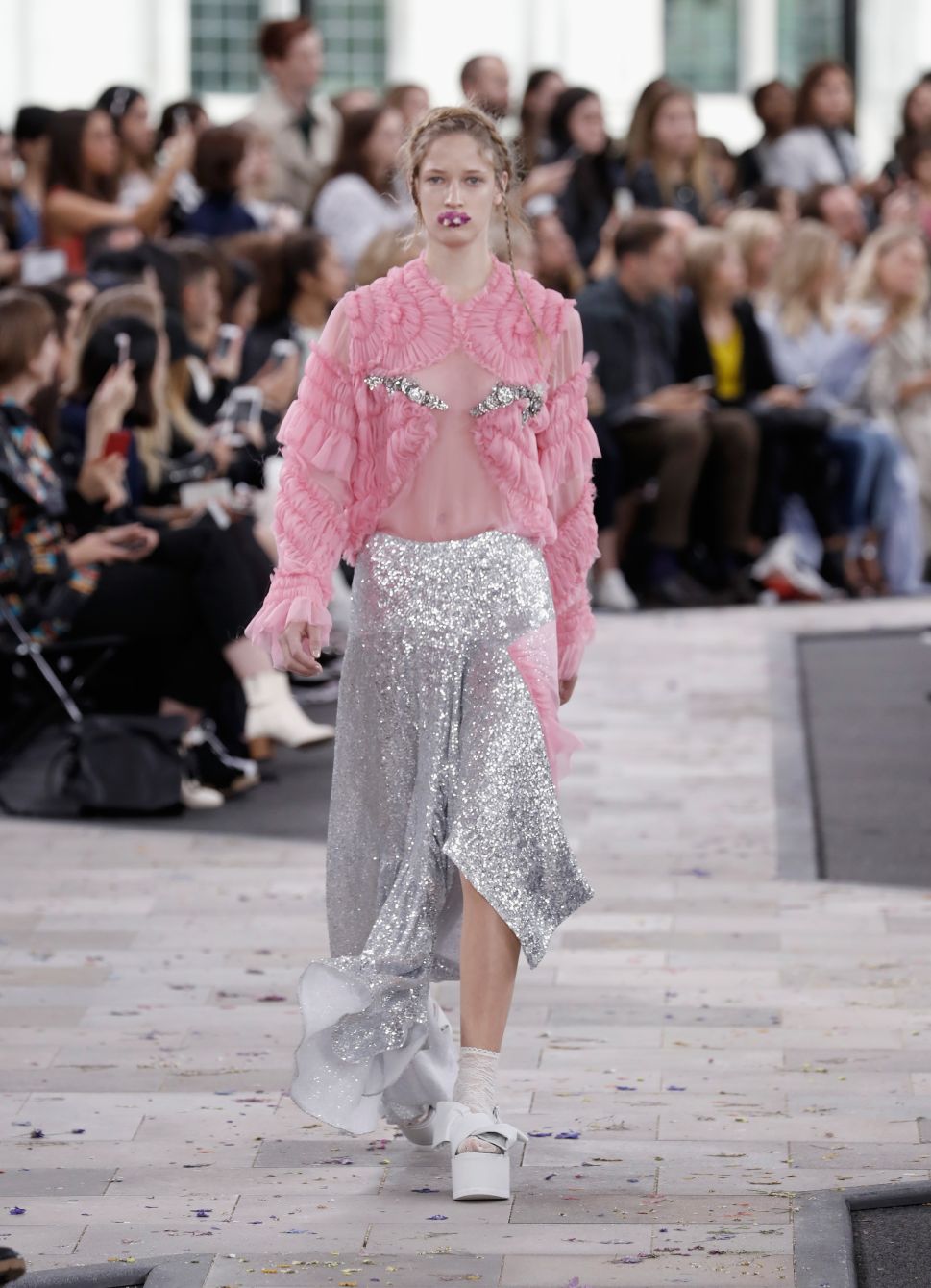