September 8, 2016 is the 50th anniversary of Star Trek’s first TV appearance on NBC. Having been a part of American life for half a century, it should come as no surprise that the show has had a variety of fascinating interactions with presidents—including Obama, the biggest Star Trek fan of any commander in chief to date.

The presidential connections began before Star Trek even came on the air. Although John F. Kennedy was dead for almost three years before Star Trek first appeared, his legacy shaped the show. The leadership of the Enterprise and its search for the “Final Frontier” was based, in part, on Kennedy’s administration, and handsome ladies’ man James T Kirk—played by William Shatner—was based, in part, on John F Kennedy (note the initials JK). Per pop culture expert Paul Cantor: “Mr. Spock seems to stand for all of JFK’s brainy advisers from Harvard—a sort of McGeorge Bundy with pointy ears.”

It’s unclear if Leonard Nimoy, the actor who played Spock, was asked about this homage to JFK. The one time he met Senator Kennedy—long before Star Trek aired—Nimoy was a struggling actor driving a taxi to supplement his income. The Massachusetts Senator tried to stiff the future Mr. Spock on the $1.25 cab fare.

Nimoy does not appear to have met Kennedy successors Lyndon Johnson or Richard Nixon, but he did campaign for presidential aspirants Eugene McCarthy in 1968 and George McGovern in 1972. While campaigning for McGovern, a reporter asked Nimoy about the appropriateness of an actor using his celebrity to help shape a political outcome. His response invoked a future president: “Well, I think it’s about as fair as Ronald Reagan running for governor.”

The original show only lasted three seasons on NBC, and did not become a phenomenon until it started to appear as reruns. Gerald Ford was the first president to experience just how popular the syndicated series had become. The first space shuttle test was completed during his administration, and was slated to be called “The Constitution.”

Reagan asked, ‘somewhat sheepishly,’ if he could sit in the captain’s chair.

Ford was inundated with letters from the growing legion of “Trekkies” wanting the Shuttle to bear the name “Enterprise.” As George “Lt. Sulu” Takei described it, “It was amazing what they accomplished. The number of letters going to the White House was of tsunami proportions.” Ford acceded to the request, and that September—40 years ago this month—five Star Trek cast members, along with show creator Gene Roddenberry, went to Edwards Air Force base to see NASA unveil its new space vehicle.

President Ford’s successor, Jimmy Carter, was a huge movie fan, watching over 400 movies in his single term in the White House. One of those films was Star Trek: The Motion Picture—the first of the now 13 Star Trek films. Carter watched the film on December 12, 1979, five days after the film’s December 7 opening. It’s possible President Carter had better things to do at the time: it was 38 days into the Iran Hostage crisis, which would continue for 444 days.

President Carter also made an appearance in the Star Trek universe. The writers based pacifist herbivore character Jaresh-Inyo in Star Trek: Deep Space 9 on him.

The first president who was an actual Star Trek fan was Ronald Reagan, who watched both 1984’s Star Trek III: The Search for Spock and 1986’s Star Trek IV: The Voyage Home during visits to Camp David. He apparently didn’t think much of Search for Spock, which he watched with Sen. Paul Laxalt and aide Mike Deaver, noting, “It wasn’t too good.”

In his post-presidency, Reagan made a visit to the set of Star Trek: The Next Generation. According to Patrick Stewart, who played Captain Jean Luc Picard, Reagan also asked, “somewhat sheepishly,” if he could sit in the captain’s chair.  Afterwards, he quipped that he was a fan of the Federation’s rival civilization, the Klingons: “they remind me of Congress.”

George W Bush’s foreign policy advisers in the 2000 campaign, led by Condoleezza Rice, were nicknamed the Vulcans. The name came not only from the ultra-logical Star Trek alien race of Mr. Spock, but also from the statue of the Roman God of Fire of the same name, which had a prominent place in Rice’s home town of Birmingham.

Current president Barack Obama is a long-standing Star Trek fan. He once told Nichelle Nichols—Lt. Uhuru on the original show—that he had a crush on her in his youth. Despite his love of the show, Obama once called something a “Jedi mind meld” at a press conference, conflating the Jedi mind trick of Star Wars with the Vulcan mind meld of Star Trek. He got a lot heat from the fan boys for that one, some of whom jokingly called the error a “Wookie mistake.”

Back when he was campaigning for president, Senator Obama met Nimoy, who told him—a la Spock—“It would be logical if you would become president.” When Nimoy died, Obama issued a presidential statement acknowledging his fandom, saying, “Long before being nerdy was cool, there was Leonard Nimoy” and concluding, “I loved Spock.”

Looking forward, connections between the show and the White House may very well continue. Takei has said he backs Hillary Clinton, and Shatner has as well. Should she be successful, perhaps we will see one or both of them visit a Clinton White House, continuing this long tradition of presidents and Star Trek.

Observer columnist Tevi Troy is a presidential historian and former White House aide, and is the author of the new book, “Shall We Wake the President? Two Centuries of Disaster Management from the Oval Office” (Lyons). 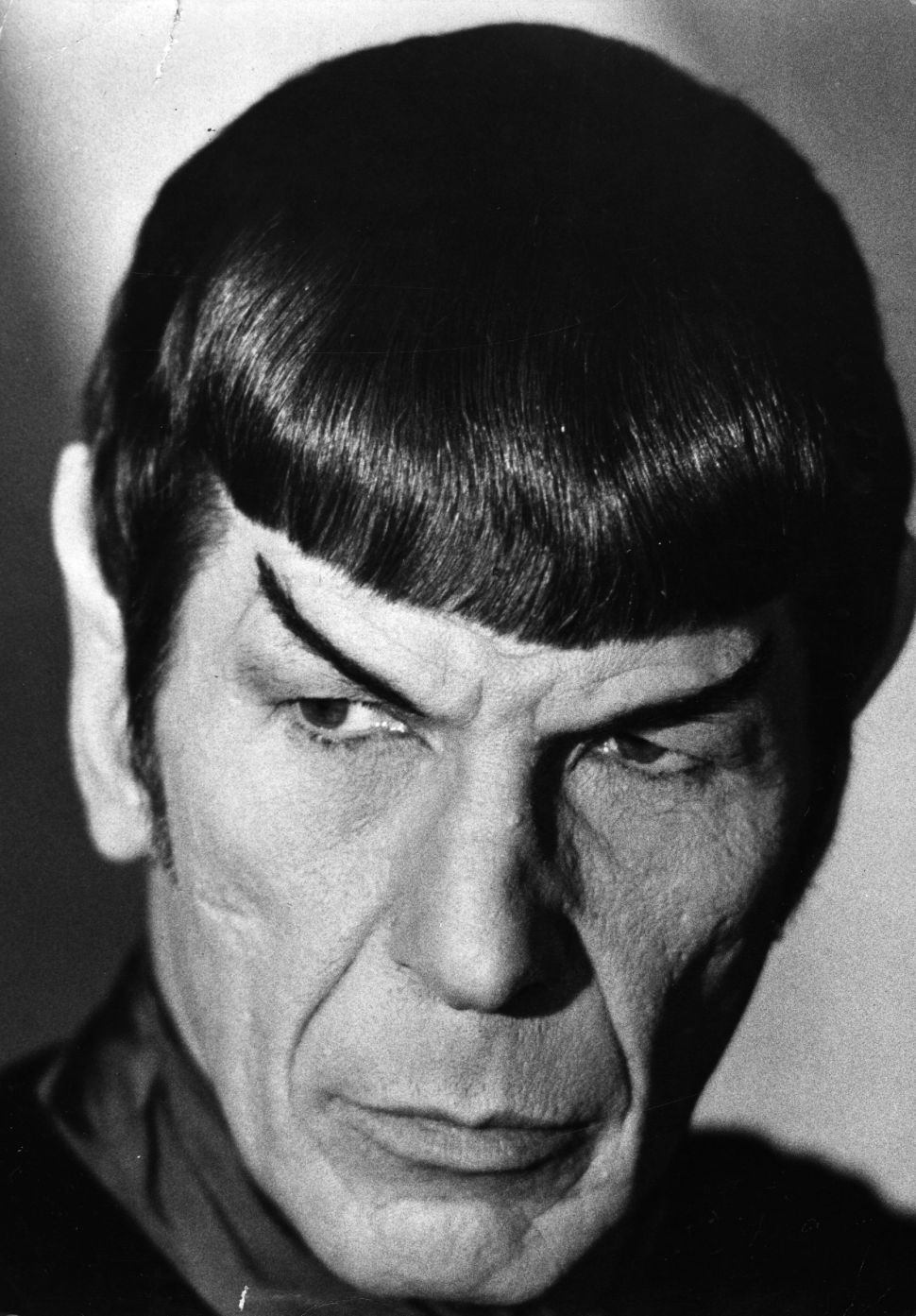