Professional mourners from all over the world star in Park Avenue Armory Show art exhibition. Taryn Simon’s installation and performance show, An Occupation of Loss, opened last Tuesday ahead of the 15th anniversary of the events of September 11, 2001. For the occasion, Simon has brought over 30 “professional mourners” from countries across the world to perform traditional songs and rituals meant to help the dead cross over to the afterlife.

Meet David Bennett, Sotheby’s “100-Carat Man.” Bennett, Sotheby’s worldwide chairman of international jewelry, has earned the nickname by organizing seven sales of diamonds weighing over 100-carats, many of which clocked record-setting sales prices. Bennett discusses the future of jewelry auctions, which, compared with the fine art categories, is looking bright.

Getting a liberal arts degree may pay off—eventually. The Wall Street Journal investigated the earnings of liberal arts majors over several generations, and found that while those who studied english and art make significantly less than their peers in finance or the sciences early in their careers, there’s a good chance they’ll catch up later on.

Nurse from V-J day “Kissing Sailor” photo dies at 92. Greta Friedman, who claimed to be the nurse famously photographed kissing a sailor in Times Square on V-J Day in 1945 by Alfred Eisenstaedt for LIFE magazine, has died.

Free-floating artists without galleries are a growing trend. Artists such as Danh Vo and Richard Prince have both recently showed with galleries that do not represent them, marking an increasingly popular trend among in-demand artists for flexibility to show with dealers they have yet to sign on with longterm. 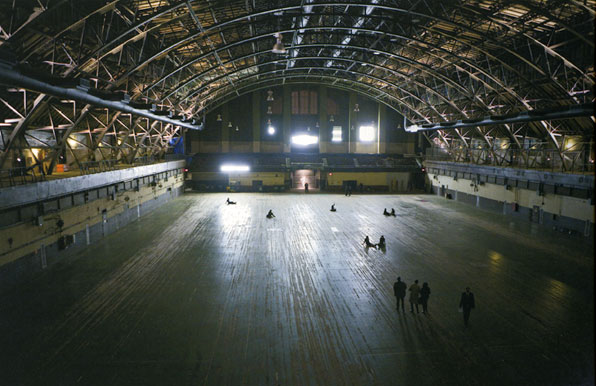