Former Prospect Park Council President Richard Esquiche announced his resignation in August. That decision left an opening on the council of the small Passaic County suburb. On Tuesday night, former councilwoman Esther Perez was sworn in to fill Esquiche’s spot.

According to Perez, the time of Esquiche’s departure worked well for her to re-enter the Prospect Park political world.

“Two years ago I had held the seat for 12 years,” Perez said. “I decided not to run again. My mom was sick and I had other problems… so Richard filled the seat. My mom passed away in 2015. He vacated the seat and I heard about it. I thought about it, I prayed about it and I felt good about it so I interviewed with the county committee and I was selected.”

Perez will serve from now until January. She said she wants to be submitted for the November ballot so that she can fill the remainder of the one-year unexpired term. From there, Perez said she plans to run for re-election for a full three-year term.

The councilwoman she said she is very excited for her return to the council.

“I have gotten very, very positive Facebook comments. I feel very blessed that I am returning,” she said. “The timing couldn’t be any better for me. I am just so honored and it felt so good to come back.” 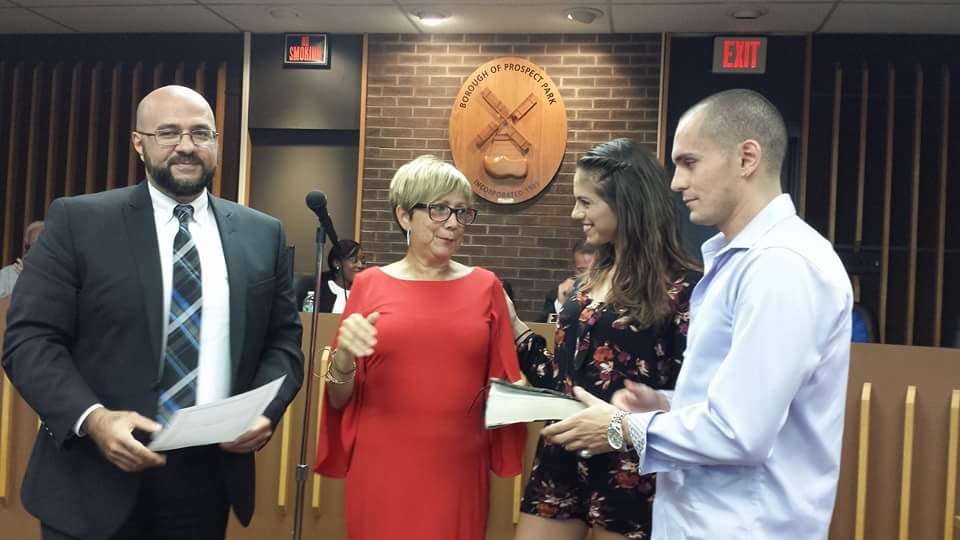