It’s time we re-examine the user experience of calling an individual. Voice mail was labeled as the brain child entrepreneur, Gordon Matthew, back in 1979. Throughout the 1980s it gained in popularity, but required such complex systems that only large corporations could afford the technology at the time.

Over 30yrs later, the “experience” of calling another person has yet to be re-examined.

We saw a huge advancement to voice mail in 2007 with the release of Visual Voicemail on a new device called the iPhone.

No longer would you have to call your phone and hit “*” or “#” to access voice mail. You could SEE it. It was right there.

What it failed to do was re-examine the purpose behind voice mail. To ask, “why” is someone calling someone in the midst of this text messaging generation.

While Visual Voicemail did eliminate the awful process of calling in and listening to voice mails one at a time, the process itself remained unidimensional.

From here we began to turn on voice mail. To get upset when people would leave voice mails that just said, “Hey, it’s Jen. Call me back!”

We saw a larger market adoption of this technology when Google added this functionality to the list of benefits included with its Google Voice service. Google Voice has still yet to receive the notoriety it deserves for detaching “phone numbers” from physical devices, but that’s a tale for another time.

I’d expect Apple to adopt something similar to voice mail transcriptions in the next couple years.

Believe it or not we have something extremely similar to Video Voice Mail already, it’s called Snapchat.

I had expected Apple to be the first one on the scene with this as a part of FaceTime. The fact that you still can’t leave a FaceTime voice mail is already rather discouraging when you think about it.

Though these systems certainly add value to the voice mail system, there’s still an underlying root factor — what is the reason for the call and how do we communicate it?

Why Do We Call?

Voice mail carries no level of priority with it. I mentioned voice mail being unidimensional because the girl in this photo only has 2 options when she reaches that person’s voice mail box.

With the amount of communications performed per day, this method simply does not hold up. We have different needs when calling, different levels of priority.

So, let’s break it down.

Purpose of Calling: To speak with another individual at that moment
Level of Importance: Varies
Common Responses: Leaving a name and number with a message requesting you “call back”

What we need is a system in place that allows a user to specify the priority of the call, with the option to leave a voice mail.

Currently, taking no action will lead a user directly into a voice mail system — leading to quick hangups, messages saying “call me back”, and the infamous “butt dial”.

I propose an action-based system that allows a caller to choose a number, based on the priority of the message. For example:

Caller pushes, or says, 1 — text message sent with contact information and a request to call back immediately.

Caller pushes, or says, 2 — text message sent with contact information and a request to call back when available.

Caller pushes, or says, 3 — text message sent with contact information and a notification that no call back is needed.

We already have the ability to move between phone calls and text messages. I believe transcription services take it too far. If I wanted to leave a transcribed version of my message, I could just as easily text it to the person I’m trying to reach.

To send a general call back request with a level of priority seems to be a much more valuable use of time and resources for something as simple as connecting with another individual.

Joseph Martin is a Chicago-based entrepreneur, speaker, and UX designer with a love for making things simple. You can find him on Twitter and Instagram @hiJoeMartin. 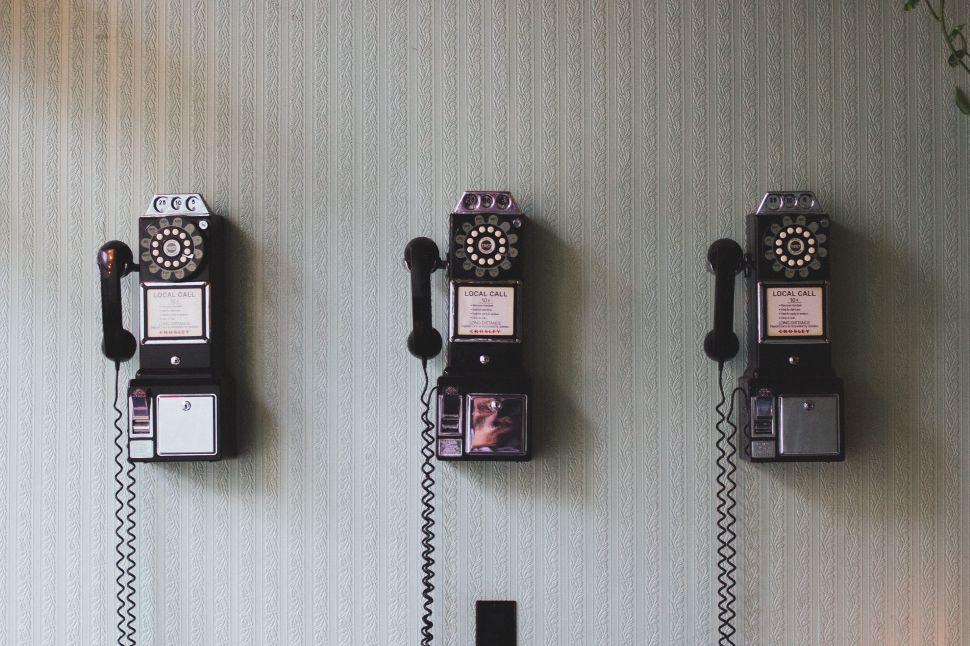