On the edge of Richard Haass’ desk, which is stacked high with papers, books and various tchotchkes from his long career in diplomacy, is a dark metal bust of a distinguished-looking bald man. “Is it Gandhi?” the Observer asks the president of the Council on Foreign Relations and the author of A World in Disarray: American Foreign Policy and the Crisis of the Old Order. Momentarily befuddled, the usually assured Haass palms the statue before remembering that an aide once gave him the miniature John Quincy Adams. Haass then quotes the former president and secretary of state: The United States “goes not abroad in search of monsters to destroy. She is the well-wisher to the freedom and independence of all.”

Many Americans, you once told students at the University of New Hampshire, “don’t seem to appreciate the link between what happens abroad and what happens here at home.” Can you think of ways to strengthen that weak link? A lot of Americans go about their lives without seeing some of the connections for better and for worse. The best way I know of strengthening the appreciation would be in our schools, colleges, and universities. To not just offer courses about the world but to require them. We’ve done that in this country in some ways say with STEM. We haven’t really done it with the civics, but we should. But I believe it’s an important part of citizenship that Americans are in a position so they can assess policies and assess candidates on their stances.

Talk about a negotiation tactic that you’ve learned even recently. You think of negotiations as often taking place in secret, and you’ve got the parties surrounding whatever shaped table it is, but what is at least as important is what you do away from the table. And how you try to steer public opinion or try to get pressure put on the protagonist. Too many negotiators spend too many of their calories preoccupied with the details of the negotiation and not nearly enough shaping the context in which the negotiation takes place.

In Northern Ireland, I spent a lot of time when I was the U.S. envoy talking to friends of Northern Ireland in Congress and to the media and to the people in the NGO world. So every time I made a trip to Dublin, London and Belfast, I also spent time around Washington and New York. Because to me it was important that the locals didn’t think they could ever do an end run. So I said any sort of violence or terrorism was going to be unacceptable. What really mattered was not that they heard it from me. It mattered that they heard it from Ted Kennedy. And that’s when the message really sunk in.

‘I’m a great believer in, as Churchill said, in victory magnanimity’

Do you play poker? I haven’t played poker since graduate school in England. People used to say, “Why are you at Oxford? Are you a Rhodes scholar?” I used to tell people I went on the “Freidman Fellowship,” and they’d say, “What’s that?” And I’d say “Oh, I used to play a regular poker game with Tom Friedman, and he subsidized some of my graduate education.”

So he’s a crappy poker player? He will now decidedly not like this interview.

Do you think Donald Trump’s lukewarm support for NATO damaged the alliance? I do. Even if he doesn’t win, it sent a message that what people thought was unthinkable was now thinkable. My hunch is he raised these things because if he were to win it would give him leverage in getting allies to ante up more. Trump is very focused on calculating what he sees as the direct costs: “We spend this much on defense what have you.” But he’s not calculating the benefits. It’s everything from a world in which say Japan and South Korea have not developed nuclear weapons. Or it’s a world in which China hasn’t felt it had the option of using military force say against Taiwan. Or during the Cold War, the Soviets didn’t use force against NATO countries. So I believe he’s exaggerating the cost and underestimating the revenues.

With Russia behaving as our adversary once again and the Congress reluctant to put boots on the ground in Syria, what can the U.S. hope to accomplish to end the carnage? It’s unlikely that the sort of diplomacy we’ve been pursuing will work. Instead, what we ought to do is try to make some areas safe enough for Syrians to stay in or return to. And that probably requires a combination of physical steps to ground the Syrian Air Force. And that can be done with cruise missiles, drones, aircraft, runway busters and so forth. And probably giving select rebel groups greater air defense capabilities. This won’t solve the Syrian problem, but at the moment, since 60 percent of this country has been displaced in population and we see now even aid convoys are getting attacked, we’ve got to create a situation where at least some parts of the country are sufficiently safe.

For Trump? Somebody like Stephen Hadley, who is a former National Security Advisor is the sort of person who should be on the list I’d say also a big question for Mr. Trump is if he were to win would he consider people who have signed letters against him. And I think it’s a decision he’s going to have to make. Somebody like Bob Zoellick. Again he’s somebody who has signed those letters but is I think one of the most thoughtful people in the Republican foreign policy pantheon. And Senator Bob Corker, who has experience in foreign policy and financial matters, so he something of a twofer.

So forgive and forget?  I’m a great believer in, as Churchill said, in victory magnanimity.

Lastly, what’s your favorite conspiracy theory about the Council on Foreign Relations? Well it’s Friday now, so when I’m done here, I’m going to get in my black helicopter, and I’m going to fly off for my weekend retreat—but I can’t tell you where it is. 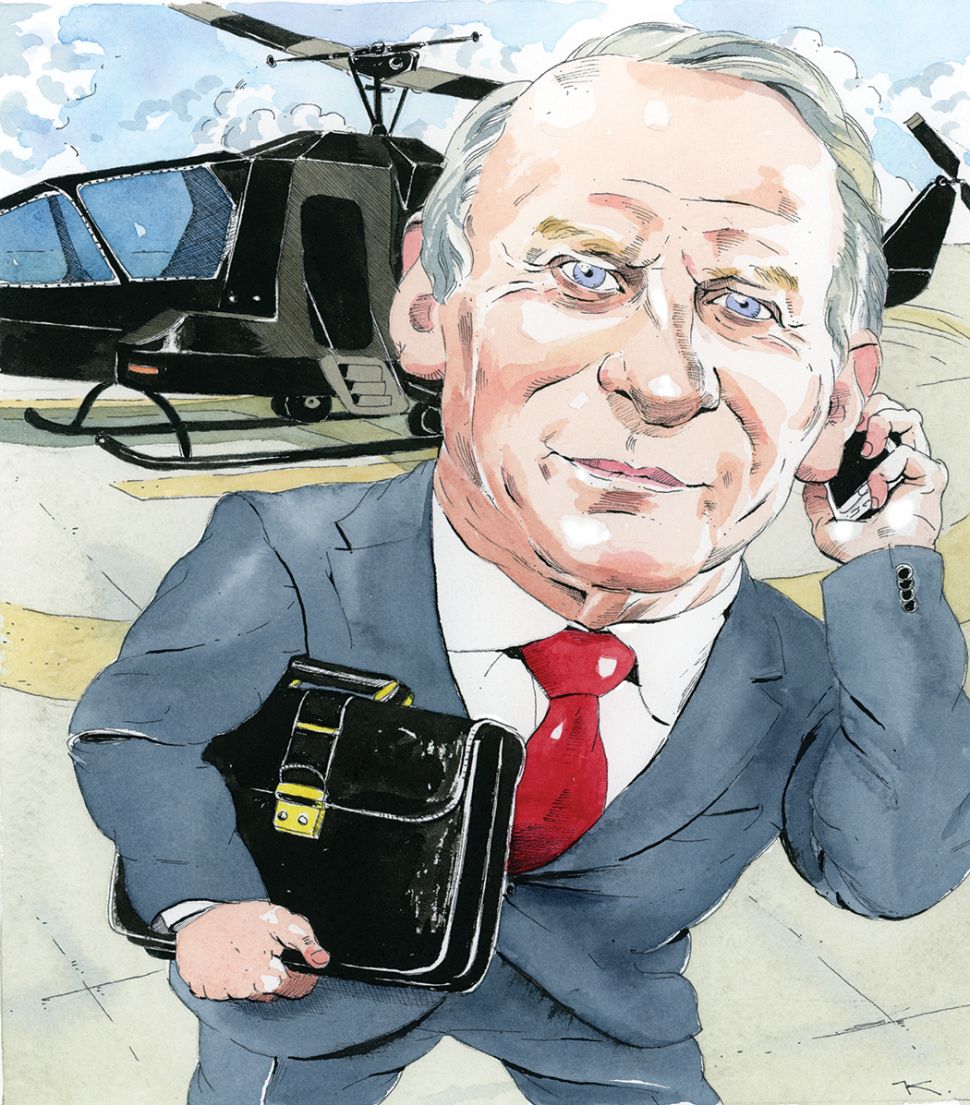