We finally get a mini-challenge this week and it’s as dopey as usual. The queens are given what looks to be five minutes to get into golf drag, which ends up meaning a bunch of dudes in wigs with some hastily smeared-on lipstick. Then they have to swing a ball attached to their waist and play a gay(er) version of croquet. Alaska wins some clothes.

This week’s maxi-challenge is yet another throwback. The queens have to invent a product and then make a commercial about it. This is when the show is at its acme, when the queens have to be creative in some counterintuitive way. It’s also great when they fail at it, like in season four when they all had to design magazine covers and each and every one of them were dreadful. We also get to see the long-missed part of the show where RuPaul goes around the room and systematically undermines the confidence of each contestant.

The queens then go tape their spots, coached by Michelle and Carson. The best moment was when Michelle tells Tatianna that she should probably be bitchier in her dialogue, with a quick edit to Tati saying “Done and done!” (I smell a .gif) It’s hard to tell from this segment how the ads are going to turn out but it’s also clear that none of them are completely blowing it.

Though this episode is short on drama, it’s a complete A in terms of hilarity. Everyone seems to be having a great time with their silly assignment and it comes through to the audience at home. For the runway challenge they all had to come out in pants, and the best by far was Tatianna. Her look was not particularly amazing in and of itself, but she got her T-Boz impression down—even including the moves. If someone told me she caught sickle cell too, I wouldn’t be the slightest bit surprised.

The first ad is from Roxxxy. She’s not a particularly funny queen but the ad is solid and straightforward. Cute, but not hilarious. In a regular season she would have easily been safe, but given the powerhouses on stage with her it seems obvious that “decent” is going to translate to “bottom two.”

Katya was next with a spray to treat anxiety. As someone born in the USSR, it is so odd hearing how perfect her Russian accent is whenever she pulls it out. Her Krisis Kontrol spray commercial is as funny as some of her YouTube videos and is Katya at her insecure best. Although to be contrarian, how can someone so beloved by the fans lack such confidence? And if she really does, why is she so vocal about it?

Then comes Alyssa Edwards with her energy drink spot. This commercial is silly and incoherent but entertaining in its ridiculousness—classic Alyssa. Even the judges are baffled why she’s in front of the White House. Her answer, that she’s giving a press conference, makes no sense either as there are no flash bulbs or podium.

Detox’s take is a bit of an infomercial, down to that fake announcer voice. Her product—a trashcan that talks trash—actually seems like something they’d sell at Spencer Gifts or your favorite Halloween mall store. Detox is really great at talking smack in such a way that it’s obviously not mean-spirited even when it’s cutting. Great work.

Alaska knocked this one of the park by basically making the drag version of a short film. She is amazing at putting over dumb humor with a straight face, taking the joke to yet another level. Finally we have Tatianna with her tea set, a similar concept to what Detox was doing. It wasn’t clear that the focus was on the tea set as opposed to smack talk, but the ad was still brought the laughs. It might have worked better as a 1-900 number to call Tati and rip on someone terrible.

The final judgments were a little odd. It made sense that Alaska and Katya were the top two, and for Roxxxy to be on the bottom. But Alyssa’s ad wasn’t particularly better than Tatianna’s, and Tatianna probably had the best runway look this week. Further, her ad had gotten the best reception during the mentoring segment. We can see Alyssa on her YouTube series all the time. It’s kind of a shame that Alaska chooses Tatianna to be the one to go home, as it would be great to see what else she had to show. Roxxxy doesn’t seem like she has that much more to offer, nor is she as hungry as the season two queen. 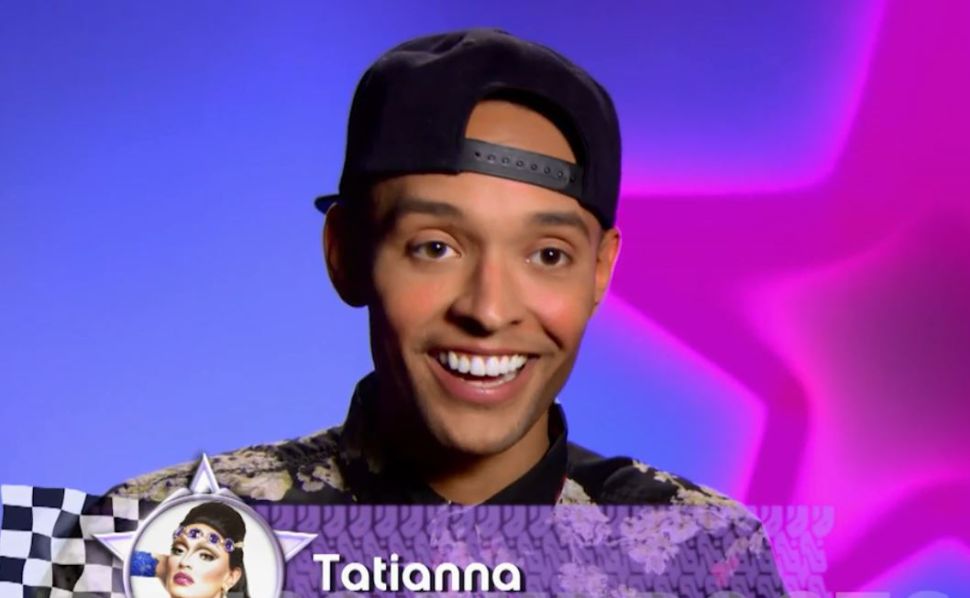