If you were shown a pile of trash and told that it was, in fact, a deeply complex work of art, would you feel less grossed out by it? You probably would, according to findings from a recent scientific study.

Inspired by a 200-year-old theory originally penned by the German philosopher Immanuel Kant, scientists at Rotterdam’s Erasmus University set out to measure how emotional responses varied to objects and images when subjects were told they were observing art. Their findings, which were published by the European College of Neuropsychopharmacology and reprinted in Science Daily, indicated that the brain responds more strongly to images subjects were told were “real” than those designated “art.” However, when participants were asked to rate the same images they were shown for likeability and attractiveness, those labeled art scored higher.

First published in 1790 in his text Critique of Judgement, Kant postulated that emotional distance was needed for an individual to appreciate art. Based on the group’s findings, Erasmus University researcher Noah van Dongen now says that Kant’s theory “might have a neurological basis” and “that art could useful in our quest to understand our brain, emotions, and maybe our cognition.”

“When we think we are not dealing with reality, our emotional response appears to be subdued on a neural level,” said van Dongen in a statement. “This may be because of a tendency to ‘distance’ ourselves from the image, to be able to appreciate or scrutinize its shapes, colors, and composition instead of just its content.”

Like Van Dongen and team in the lab, pranksters at the San Francisco Museum of Art were also curious how context might affect a person’s response to everyday objects. In May, when TJ Khayatan visited the newly opened museum with friends for the first time, he was struck by the readymade sculptures on display. “Some of the ‘art’ wasn’t very surprising to some of us,” he told Buzzfeed. “We stumbled upon a stuffed animal on a gray blanket and questioned if this was really impressive to some of the nearby people.”

Khayatan decided to conduct a test of his own: he placed his eyeglasses on the floor underneath a placard and watched nearby visitors. Almost instantaneously, museum goers approached the glasses as if they too were on display—some even snapped photos. 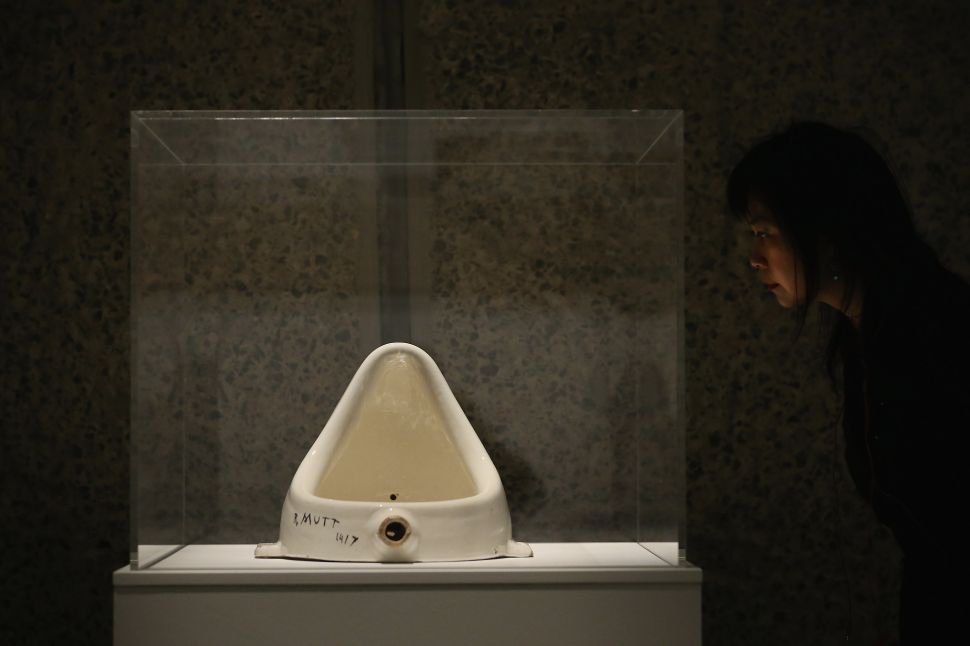