On the afternoon of September 19, Hillary Clinton gave a speech at Temple University in Philadelphia. This millennial-centered speech will be her only campaign appearance until the first presidential debate on September 26. Much like every other interaction with young people during her 2016 presidential campaign, it bombed miserably.

In the scripted speech, she managed to say the phrase “income inequality” only once. Clinton also managed to avoid addressing the question of third party candidates, who many millennials support over her. Her best selling point as a presidential candidate remains that she isn’t Donald Trump.

To further bolster her youth-cred, Clinton spoke about her decision to work for the Children’s Defense Fund instead of a big law firm, but in reality Clinton did not stay there long. According to Kathleen Geier in an essay featured in “False Choices: The Faux Feminism of Hillary Rodham Clinton”, Clinton left the Children’s Defense Fund less than a year later to work for Rose Law Firm, which boasted wealthy clientele such as Wal-Mart and Monsanto. “Though her campaign biography plays up the pro bono work she performed at Rose, the vast majority of her working hours were dedicated to her corporate clients,” writes Geier. Clinton even had the audacity to call herself an “activist” as first lady, after she served on the board of Wal-Mart for six years prior to Bill Clinton assuming office.

The enthusiasm for Clinton’s Temple University speech was lethargic at best, perhaps because like every other time Clinton has spoken directly to millennials, she addresses them as children instead of people who can think for themselves. At the April 2007 convention of New York State Union of Teachers, Clinton revealed what she really thinks of young people. “I believe it is time we get back to teaching discipline, self-control, patience, punctuality,” she said. “The biggest complaint that I hear from employers is that young people who show up for jobs don’t have those habits. They don’t get there on time. They don’t know how to conduct themselves appropriately.”

During the Democratic primaries, Clinton responded to millennials supporting Sen. Bernie Sanders (more than her and Trump) with a combination of condescension and frustration.

At a January presidential forum in Iowa, Clinton fielded a question from a millennial who asked why people his age think she is dishonest. She responded that it’s a symptom of their cluelessness, as they are paying attention to politics for the first time.

In February, Clinton was confronted by a young black protester at a $500-a-plate fundraiser over her lack of apology for supporting mass incarceration and using the racist term “super-predator” in the 1990s. She responded by angrily changing the subject, and declined to apologize.

While campaigning in Minnesota in March, Clinton responded to a young black woman complaining about the lack of diversity in the Democratic Party with a lazy, dismissive, “Why don’t you go run for something?”

During an April Meet the Press interview, Clinton condescendingly told MSNBC’s Chuck Todd that she feels sorry for young people who believe the lies Sanders tells about her. She specifically denied claims made by Greenpeace that she took donations from the fossil fuel industry. However, an investigative report by David Sirota of International Business Times found Clinton accepted millions of dollars in campaign and Clinton Foundation donations from oil companies just a year before she approved the controversial Alberta-Clipper oil pipeline. One of Clinton’s top campaign contributors, Donald Sussman, founder and chairman of the hedge fund Paloma Partners, has invested in several oil companies.

Millennials believed the “lies” Sanders told about Clinton because they were true. Millennials don’t trust Clinton because she has repeatedly said one thing, and overtly done another. She claims to support campaign finance reform, yet has courted billionaires and millionaires from both political parties and managed to match Sanders in campaign contributions only through the use of SuperPACs.

According to Vice News, through the end of July, Clinton has raised over $200 million from the top one percent of wealthiest Americans. After the Democratic National Convention, Clinton abandoned anything to do with Sanders’ policies, instead focusing on cultivating support from establishment Republicans, and billionaires including Warren Buffett and Mark Cuban. Now that her support has dropped in the polls following an embarrassing FBI report and Clinton Foundation pay-to-play schemes being exposed in emails, Clinton has resorted to pandering to millennials again. Too bad only 31 percent of them express support for her in recent polls, which is just a few points higher than for Trump. More than one third of millennials are expected to vote for either Green Party candidate Jill Stein or Libertarian Party candidate Gary Johnson.

Clinton uses Sanders as a lifeline when she becomes desperate for young voters. The Vermont senator’s recent call for millennials not to vote for a third party received more positive news coverage in the mainstream media than Sanders got throughout his entire presidential campaign. But millennials realize that Sanders’ rhetoric is relatively insincere, and is part of a broader pandering project from the Clinton campaign to gain their support.

Clinton’s contemptuous attitude about millennials, and their responding disinterest in her presidency, has provoked annoyance from her supporters in the media. Mother Jones editor in chief Clara Jeffery responded to recent polls with “I never hated millennials more.” Meanwhile Mother Jones writer Kevin Drum, in a poor attempt at damage control, wrote that resentment should instead be directed toward Sanders for his primary digs at Clinton. Somehow, nothing Hillary Clinton and her campaign did to alienate millennials could ever be her fault. There’s got to be some other reason for the widespread dislike American voters have for her candidacy. 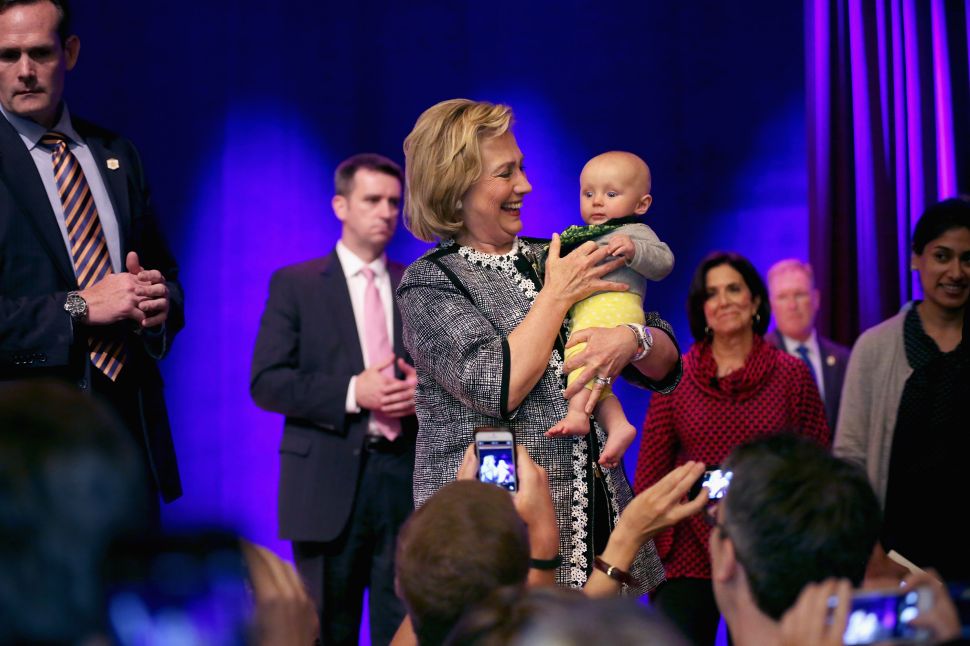