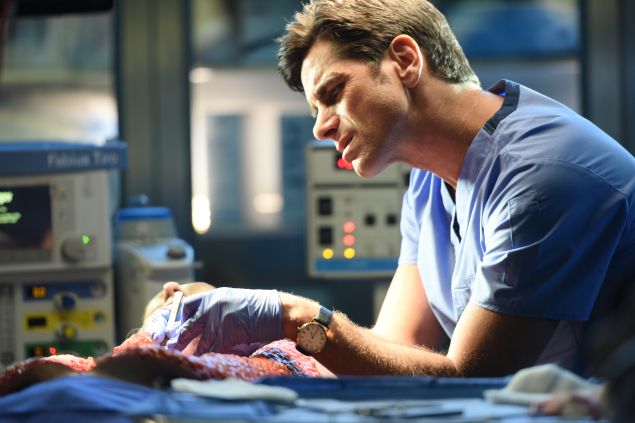 Episode two of Scream Queen’s second season was light, entertaining, and dare I say—funny? Yes, funny. I’m not attributing this all to John Stamos, but it would be remiss to give him less than 80% of the credit.

His comedic timing and charm seems to have worn off on the usually charmless cast. (No offense, Kirstie Alley. Welcome back to television.) Of course, the episode still felt preposterous and overstuffed, but it was a marked improvement over last episode, and last season for that matter.

The episode kicks off with an investigation of Catherine Hobart’s (Cecily Strong, wearing a lot of fake hair) death. Or, more accurately beheading. She was beheaded. Graphically. The immediate suspect, of course, is Chanel #5 (Abigail Breslin), who was trapped in a hydrotherapy tub while her recently cured patient got, again, beheaded. The detective determines that the evidence is inconclusive, but seems to think that Chanel #5 is still heavily involved in the murder.

Luckily, Chanel #5 meets a dashing young patient who falls madly in love with her soon after, and he is convinced of her innocence. Unfortunately, he’s covered in benign tumors (he’s very good looking under the boils though—he’s played by Colton Haynes, who mainly exists just to be adorable). Even more unfortunately, he’s murdered by the end of the episode. It’s a shame, because his presence made Chanel #5 a little more tolerable, a little nicer and a little less awful to watch.

Speaking of less awful, we see the return of Hester, whose turn as a serial killer, in full psycho mode, is actually pretty great. Lea Michele’s timing and delivery is great during her few minutes on–screen. Whereas last year, the character was grating, Hester’s return was funny and welcome. She displays a shocking amount of knowledge about the hospital’s murders, and demands entry into CURE hospital in exchange for her information.

Seeing as Hester has all the answers, it seems as though Zayday (Keke Palmer) might be pursuing information from the wrong sources. Zayday spends the majority of the episode searching for the hospital’s history—complaining that a large portion of the information has been swept off the internet. She enlists Chamberlin (James Earl), the perpetually happy candy striper, to aid her in her search. The two dig up an article about a series of murders in the hospital in the 80’s. Unnerved, Zayday confronts Dean Munsch (Jamie Lee Curtis), convinced that the Dean gathered the Chanels and herself in order to exact revenge, and tie up loose ends.

However, Munsch reveals that she’s suffering from an unknown illness, prompting her to start the hospital initially. After some investigation (at this point, Scream Queens is just House’s Halloween episodes), Zayday pieces together that Munsch has Kuru—an incurable disease, caused by cannibalism (which she unknowingly partook in while visiting Papua New Guiinea, because, of course). Zayday delivers the even worse news: Munsch has less than a year to live. Munsch insists Zayday and Chamberlin keep the news to themselves, but Dr. Hoffel (Kirstie Alley) tapped Munsch’s office, and heard the diagnosis.

But I fear I’ve spent far too much time on cannibalism. Let us move to my favorite storyline of the night: a face–off between Dr. Brock Holt (John Stamos) and the newly returned Chad (Glen Powell). Brock and Chanel begin dating, much to the dismay of Chad, who has since decided that he wants Chanel back. The two face off in the shower, prompting what is surely to be the most disturbing fan fiction of all time. Do what you will with this, internet.

The two engage in a fierce squash battle to fight over Chanel, proving that squash battles can in fact be fierce, and not super lame, as I previously imagined them being. Suspicious about Brock, Chad enlists a private investigator, who reveals that Brock’s new hand once belonged to a famed serial killer. True, it makes the “who is the serial killer” guess work part of the show a little less fun, but I’ll go with it. Because he literally has a serial killer hand. You know? 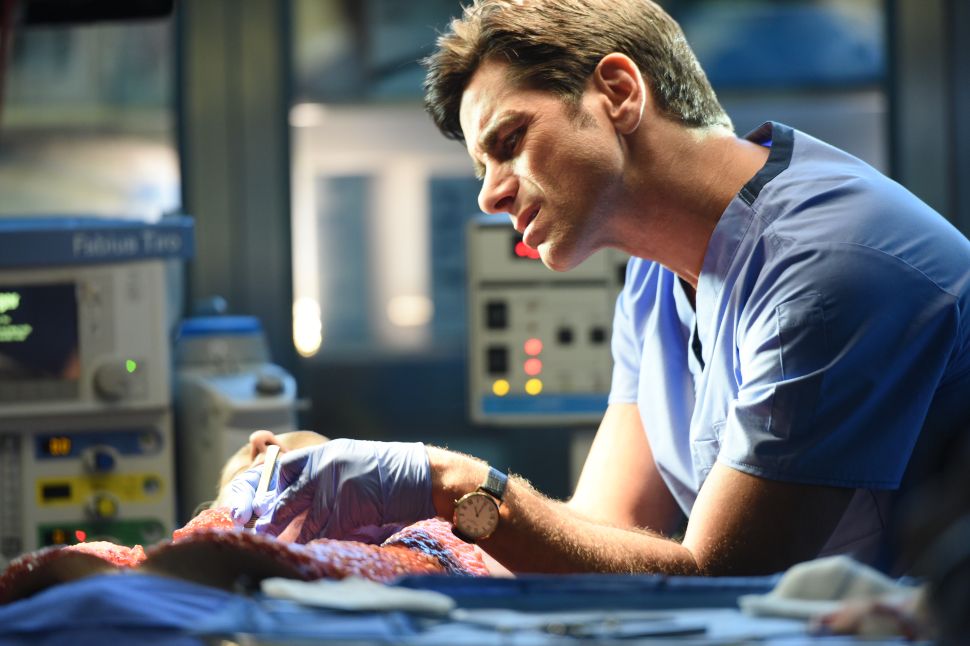