A little respect, please, for the iPhone 7.

In the weeks leading up to Wednesday’s launch of Apple’s new flagship, it became fashionable to bash the iPhone. Both the market and product are mature, so the refrain goes. Many of the changes from the previous generation are either incremental, cosmetic or both—a little bit of waterproofing here, a new color there. Ho hum, so what’s new?

Well, quite a bit, actually. In at least two major areas that matter enormously to most smartphone users—audio and the camera—Apple has made significant changes that will reverberate for years to come.

The biggest is the elimination of the traditional headphone jack, which has caused a predictable freakout in certain circles. We’ve been here before: Remember the outrage four years ago when Apple did away with the old iPod connector that led to a generation of speakers, docks and other devices becoming obsolete?

To replace the old headphone jack, which has been around in one form or another since the 19th Century, Apple is employing a mixture of new and existing technologies.

The EarPods headset that ships with the new iPhones will use the Lightning connector, the port used to charge the device. (This means, of course, that you won’t be able to charge the phone and listen to music simultaneously.) The phones will include an adapter in the box to let you use existing wired headphones with the Lightning port. When you lose the adapter, as many will, a replacement will be $9.

But the real impact will be to goose the already growing market for wireless headphones, which this year are outselling wired ones for the first time. And naturally, Apple wants a bigger piece of the pie for itself.

Let’s face it, the launch of a new iPhone isn’t the cultural phenomenon it once was.

Along with the new phones, it is introducing a new headset called AirPods: $159 wireless earbuds that use both Bluetooth and a proprietary Apple wireless chip called the W1. I was able to try them out at the San Francisco launch event and, though the conditions were less than ideal, my first impressions were positive. The sound is full; pairing with the phone is ridiculously easy; and removing one bud automatically stops the music, while a tap summons Siri, Apple’s voice-based assistant.

I also like the carrying case, which is about the size of a package of dental floss and doubles as a portable battery pack to extend the AirPods’ five hours of life. Beats, which Apple owns, will also incorporate the W1 into a new line of wireless headsets.

People don’t like change, but my sympathies are with Apple on this one. If the history of personal technology shows anything, it’s that digital and wireless trump analog and wired, and the new iPhones are a significant step toward the future.

So too is the new dual-camera array featured on the 5.5-inch iPhone 7 Plus. (The regular iPhone 7 has a 4.7-inch screen.) Apple isn’t the first phone maker to add a second rear camera: LG and Huawei, among others, both have versions. But Apple’s implementation promises features that should appeal to casual and serious photographers alike.

One of the cameras on the 7 Plus is the same 28-mm-equivalent wide-angle lens found on the smaller model. Side-by-side with it, though, is a second 12-megapixel, 56-mm lens. Used together, the cameras simulate a 2x optical zoom and, through software, up to 10x.

In practical terms, that means being able to take much better pictures from much further away than on previous-generation iPhones. In addition, the two cameras will allow, after a software update, for the kind of soft backgrounds for close-up portraits that are more commonly associated with expensive DSLR cameras.

I’ve never been a fan of big-screen smartphones, but if the new cameras come close to delivering on their promise, it may be enough to nudge me toward the 5.5-inch model. I’m wagering others will be similarly tempted to go large for the first time. That could provide an extra boost to Apple’s profits, given the 7 Plus’s higher price: $769 for the base 32-gigabyte model, vs. $649 for the comparable iPhone 7. (Preorders begin this Friday, with deliveries set to start in a week.)

Let’s face it, the launch of a new iPhone isn’t the cultural phenomenon it once was. But the iPhone 7 and 7 Plus aren’t just rest-on-your-laurels devices. Apple deserves credit for continuing to push things forward. 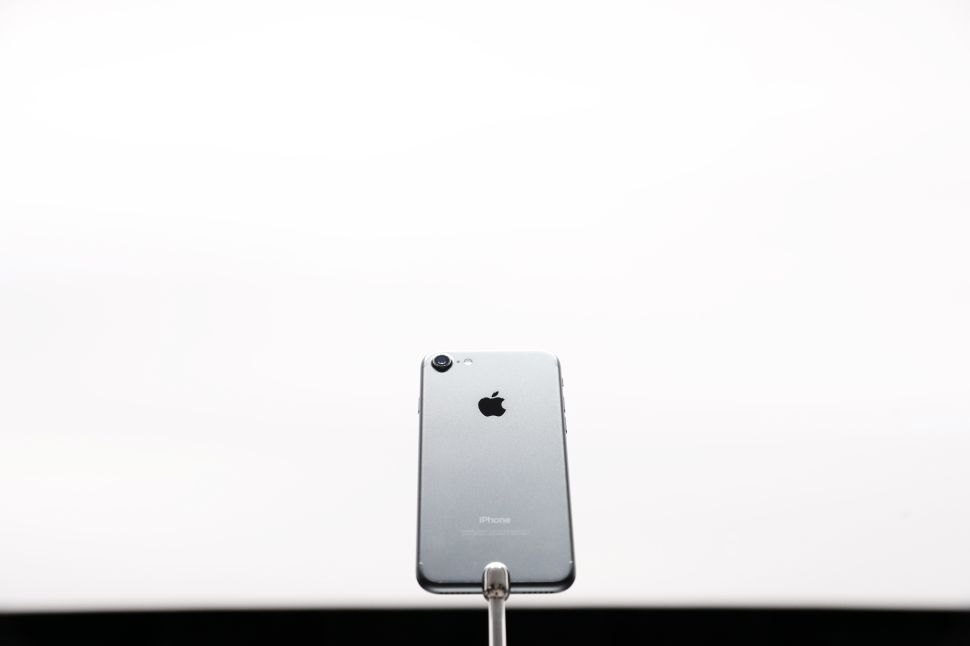