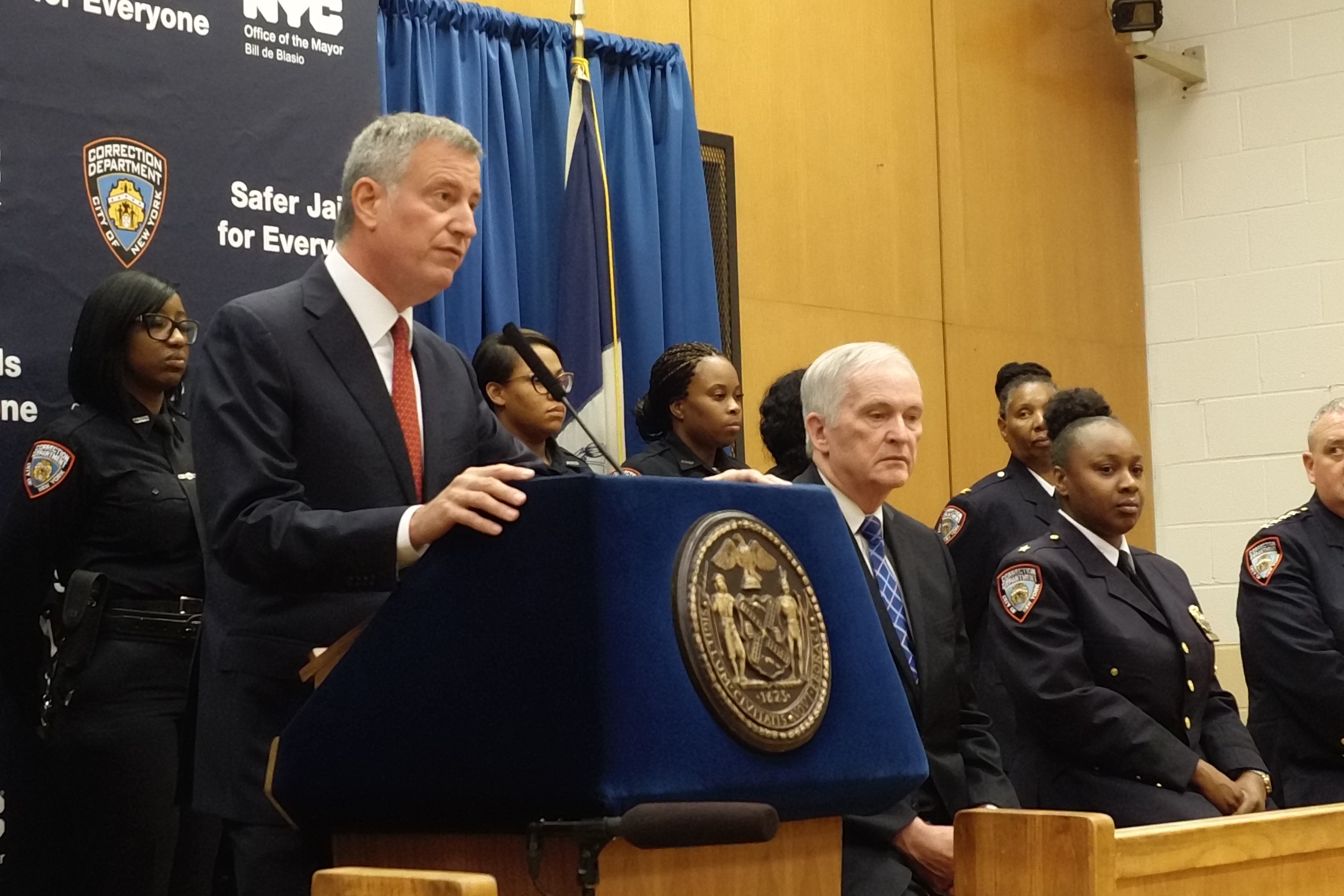 For the first time, some personnel on Rikers Island will begin carrying tasers next month—a move that some inmate advocates have criticized but which Mayor Bill de Blasio defended today as necessary to “create a safe environment.”

The tasers will be given to 20 captains in the department’s Emergency Services Unit, who will be trained in how to use them to break up small-group scuffles. The tasers have cameras that record video and sound automatically whenever they are used, de Blasio and Commissioner Joseph Ponte told reporters at the Anna M. Kross Center, one of the jails on Rikers Island.

The city’s jails have been beset by scandals and investigations in recent years, including a federal report by U.S. Attorney Preet Bharara that found a culture of violence by officers against teenage inmates there. Many of de Blasio’s earlier announcements about the Department of Correction focused on things like re-trainings in how to conduct uses of force, increased services for the mentally ill inmates that make up 40 percent of the jail population, and the end of punitive segregation for juvenile inmates. But as the mayor has tried to reform Rikers, he and Ponte have also struggled with rising violence in the jails—including several high-profile slashings of officers—and complaints from union leadership that reducing punitive segregation has left them unsafe.

At today’s press conference, the mayor heaped praise on the correction officers who work in the city’s jails, some of whom he met with for a private roundtable discussion.

“Maybe they feel that their work doesn’t get a lot of public attention, but from my point of view, I see it for what it is—difficult work,” de Blasio said. “Work that takes a lot of bravery. It take a lot of commitment.”

But the department’s biggest union, and the one that most often spars with de Blasio, the Correction Officers Benevolent Association, said the tasers would do little to help.

“Given the amount of direct contact officers have with inmates in New York City jails, deploying tasers to be carried by a small number of Department of Correction supervisors does little to protect officers or stem the tide of daily violence,” COBA President Elias Husamudeen said in a statement. “These announcements are simply a hodgepodge of efforts, and not a real strategy, that will do little to solve the immediate problems on Rikers Island.”

(Those who will carry the tasers are captains, and are represented by a different union.)

The announcement also didn’t find favor with advocates for inmates, with the Jails Action Coalition describing itself as “appalled” by the news, calling it “an outrageous ratcheting up of weaponry in a system where violence by staff is not under control.”  Lisa Schreibersdorf, executive director of the Brooklyn Defenders Services noted that tasers “can be deadly” and they pose a particular risk to people with heart conditions—which officers may be unaware of.

“I am progressive. I am a humanitarian,” de Blasio said today, “but the notion that advocates would not want us to first create a safe environment just doesn’t make sense to me. If we don’t have safety, nothing else is possible.”

But advocates noted that a prime focus of Bharara’s investigation—and the settlement he reached with the city, known as Nunez—was on the department’s use of force.

“As U.S. Attorney Preet Bharara found, corrections officers too often use violence not as a last resort but as a means of control and punishment. The city should be focused on de-escalation and non-violent response rather than new weapons, which will only raise the stakes of these encounters,” Schreibersdorf said.

But Ponte said the decision to use tasers was one made in consultation with the federal monitor in place as a condition of Nunez.

The captains who carry the tasers will carry them at all times when they are at work. Officers typically do not carry weapons in jails for a somewhat obvious reason—it puts a weapon in the vicinity of inmates. But Ponte said there would be standard “weapon retention training,” just as there is for the chemical agent spray that officers already carry—though Ponte allowed that sometimes inmates have grabbed those before. Ponte said the captains carrying tasers would not be deployed to break up a disturbance alone.

The city will also deploy scanners like those used in airports to detect items hidden under clothing, including nonmetal items like plastic blades or drugs. The scanners are different from the body scanners the department bought years ago that have sat unused because they violate a state law. Officers—who many advocates argue are the prime source of contraband, something Ponte disputed—will not be required to use the scanners.

“We currently have a process in place now,” Ponte said, for screening officers. “I think if we were going to move to something else, I think we’d probably talk to the union.” 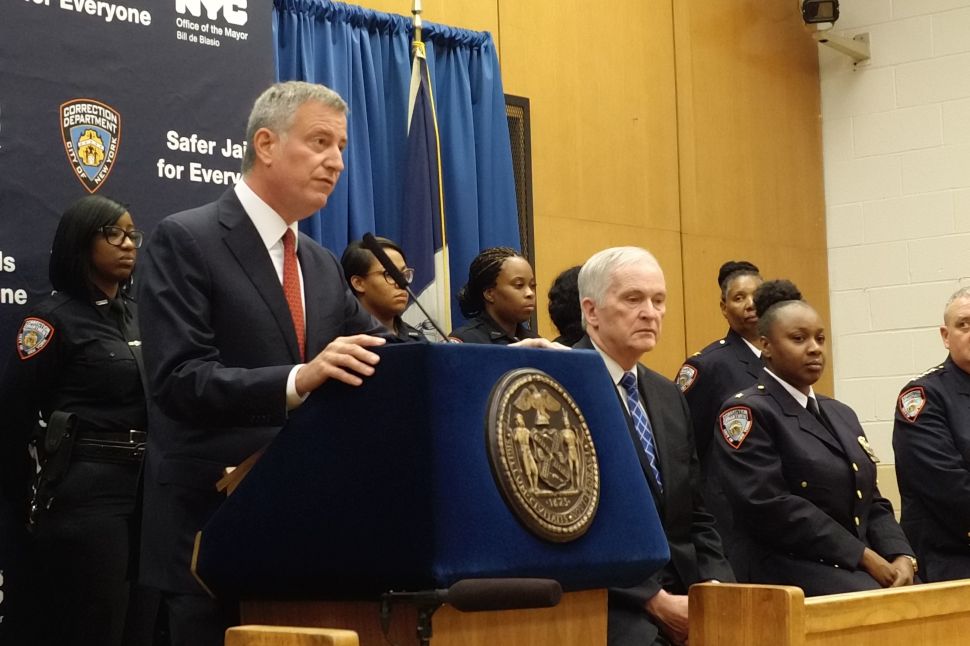