A source says Assemblywoman Valerie Vainieri Huttle (D-Englewood) is poised, if need be, to run for senate next year in the event the Democratic Party goes into civil war mode.

Phil Murphy for Governor operatives are running though Bergen County like the bulls at Pamplona, causing at least one Democratic Party insider to shrug off the hoopla as little more than LD37 hijinks perpetrated by veteran minder Dave Parano, who has deep contacts in Loretta Weinberg world. But Murphy payroll types point out that the former Goldman Sachs executive is also making inroads in other parts of Bergen county.

His slate mate, Huttle, today wouldn’t counter punch with talk about 2017 gubernatorial politics, although a source told PolitickerNJ she’s ready to dive into state senate politics if need be. That would pit her against Senate Majority Leader Loretta Weinberg (D-Teaneck), who’s saddled up with the Steve Sweeney for Governor campaign.

She’s said to lean in favor of the gubernatorial candidacy of Jersey City Mayor Steven Fulop, but has not yet declared.

“I’m concerned that we’re losing sight of the presidential election,” said Huttle. “I’m campaigning for Josh Gottheimer, who can win that seat in the Fifth District. I’m not thinking about it [running for senate and 2017 guv politics]. 2017 politics is a lifetime away.” 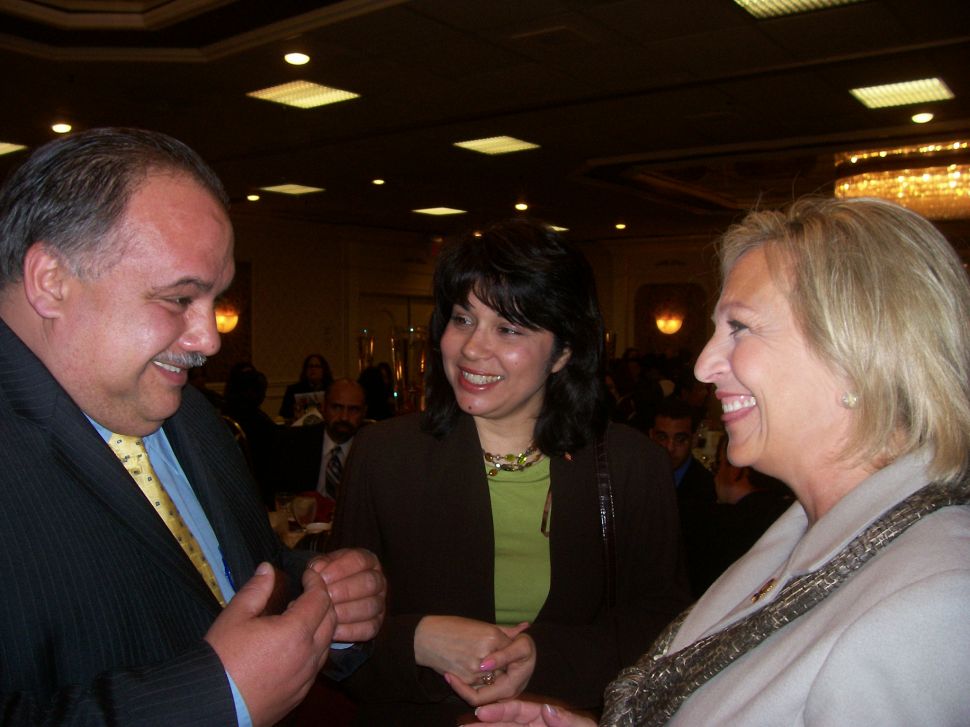